With so much major news in the past few weeks concerning the FIA WEC, it would be easy to forget that we have another race coming up this week in Bahrain, the final race of the calendar year, and the fourth of the season.

It’s back on the calendar after a year away, and with a bang too. The race on Saturday will be eight hours in length, the longest of the season so far, running into the darkness, under the floodlights. It’s 1.5x points for this one too, making it a vital weekend for championship challengers.

Much of the talk recently has surrounded Hypercar, but that’s next season, right now there’s plenty to look forward to in the final WEC race of 2019, in all four classes. There’s a Rookie Test on Sunday which will be worth keeping track of too.

Let’s take a look at the four classes starting with LMP1.

Last time out in China, we saw Rebellion Racing make the most of the hand that the Success Handicap dealt it, scoring a huge win with its #1 R-13, after a near-perfect race for Norman Nato, Bruno Senna, Gustavo Menezes and the crew in the pit box.

Whether or not Rebellion can make it two wins in two remains to be seen, but the thought going into the weekend is that it’s a longshot, with the race being twice as long as the one in Shanghai, and the team having to overcome the latest round of handicaps. 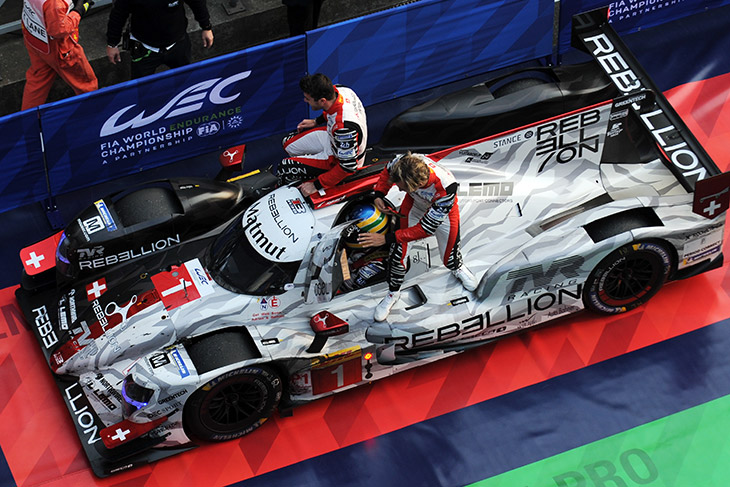 The #1 R-13 will face a 1.36-second handicap for the weekend with a 39 kg increase in minimum weight. But that’s not the most in the class as the points-leading #8 Toyota Gazoo Racing TS050 Hybrid of Sebastien Buemi, Kazuki Nakajima and Brendon Hartley has been dealt a 2.72 second per lap handicap compared to the ‘reference car’, the #6 Team LNT Ginetta G60-LT-P1 AER.

Toyota’s sister #7 meanwhile, is three points off the #8 in the standings and will be made 2.51 seconds slower.

Is this, therefore, Team LNT’s big chance? Certainly, a pole position is possible, some would argue probably! The AER-powered G60 proving this season to be lightning-fast over a single lap and at Shanghai, rapid in the opening hour. The big question is whether or not the team can run a perfect race, with drivers managing the tyres over each stint and the crew in the pits making the right calls on strategy and turning the car around quickly during stops.

That is a tough ask for the team, which is still getting to grips with racing in the top class of a world championship. But it’s not impossible.

On the driver news front, Team LNT is the only team to have tinkered with its roster since Shanghai. Making his WEC LMP1 debut will be Chris Dyson, the American joining the team later in the season than expected after a combination of an injury and Trans-Am clashes stood in the way. Dyson will compete in the #6 G60-LT-P1 with Ginetta factory driver Mike Simpson and 2003 Le Mans winner Guy Smith.

Dyson’s performance will be one to keep an eye on, in what will be his first WEC appearance (Le Mans aside) since his partial-season campaign with Greaves Motorsport in 2013. He may be new to the WEC’s LMP1 class, but he tested the G60-LT-P1 extensively before the season began. While there will be a little rust to shake off in practice, it shouldn’t take him long to get back up to speed. 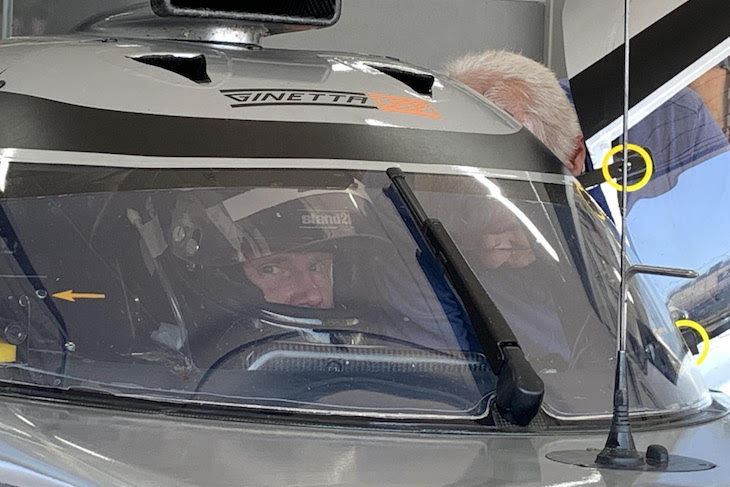 This shuffle in driver crews means that Charlie Robertson, who drove the #6 in Shanghai, moves over to race the #5 alongside Ben Hanley and Jordan King. Egor Orudzhev will not make the trip with the team after racing with LNT in the opening three races.

As for the racing, in Shanghai LMP1 was certainly the most entertaining it has been since Porsche’s exit. The difference in the way each chassis makes its lap times had never been more apparent, with the Ginettas and the single Rebellion incredibly quick on the straights and the Toyotas fast through the corners. Whether or not that made for good racing, is up for debate, but there was a degree of unpredictability to it, that the class had been void of for a long time.

Opinions were certainly split between drivers and fans alike on race day when asked about their thoughts on the on-track action it created. One thing that most agreed with though, was that Toyota had been hobbled a little too much, allowing Rebellion to take a relatively comfortable victory.

The new Success Handicap process has nevertheless done what it set out to do, now it just needs refining.

Will G-Drive throw a cat amongst the pigeons in P2?

The LMP2 category for Bahrain has seen a boost (to nine entries) in the form of G-Drive Racing entering its Aurus 01, a re-badged ORECA. The team is fresh from a strong ELMS campaign this year which ended in heartbreak and a second-place finish in the standings after a dramatic finale in Portimao. Driving will be the ELMS trio of Roman Rusinov, Jean-Eric Vergne and Job van Uitert, making for what should be a line-up capable of winning in this company.

For now, this appearance is just a one-off, though Rusinov has expressed a desire to compete in the WEC more frequently in the future. This will be the last race in Aurus’ debut season in sportscar racing, and it has been strong, achieving most of its goals. 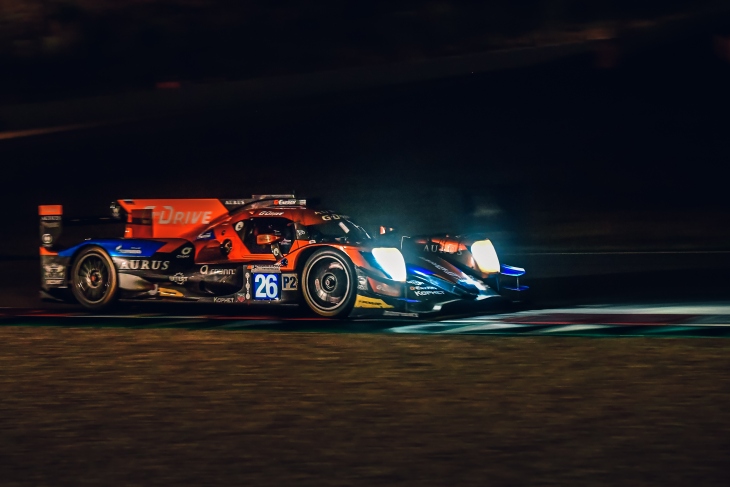 You may feel it’s easy to shrug the Aurus aspect of the programme off, but it is an aspirational brand dipping its toe in sportscars. If it continues on an upward curve and sees a benefit from competing at a high level then the sky is surely the limit?

“If you’re going to speak about Roman Rusinov and the management of G-Drive Racing, and all the racing programs, my goal would be to do something even more interesting with Aurus,” Rusinov told DSC recently. “This can be the beginning of a story. We need to believe in what we are doing and I think what we have done already is good.

“I cannot say we will do LMP1 (or race in the top class) next year. It would not be intelligent from my side, because it’s a much more complex set of decisions. But what we will do in Le Mans for the next two years has to be decided soon.

Beyond Aurus, there is a title battle forming and this round could be crucial. Racing Team Nederland, after winning in Fuji, had a tough weekend in China, finishing fifth. But Frits van Eerd and Giedo Van Der Garde still remain on top of the standings and will look to build on that.

However, the gap to Jackie Chan DC Racing’s trio of Ho-Pin Tung, Will Stevens and Gabriel Aubry is now just two points after they finished second in China.

JOTA meanwhile, will be hoping for strong points hauls here, having scored its first win of the season, and the first WEC class win for Goodyear in Shanghai. Anthony Davidson, Antonio Felix da Costa and Roberto Gonzalez were the class of the field and took a comfortable victory last time out, can they repeat that performance here? 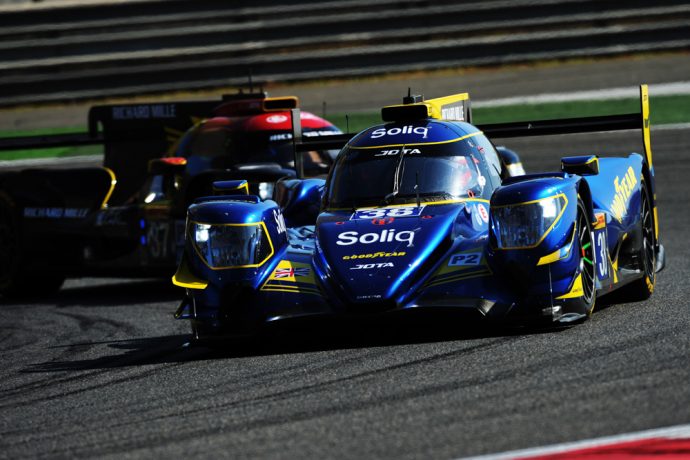 The rest of the competitors in the class will hope not. Signatech Alpine, which has struggled since finishing second in the season opener, will see this as a chance to climb the standings before we travel to CoTA in March (it currently sits third).

United Autosports will too, had it not had tyre debris (and the windscreen visor) block the air intake of its ORECA in the opening laps of the last race, surely it would have finished higher than third in the class?

AF Corse looks to bounce back

Perhaps the biggest storyline to follow in the GTE ranks this weekend will be AF Corse’s performance in Pro. Amato Ferrari’s team will be eager to rebound after losing its Shanghai victory to a post race penalty. 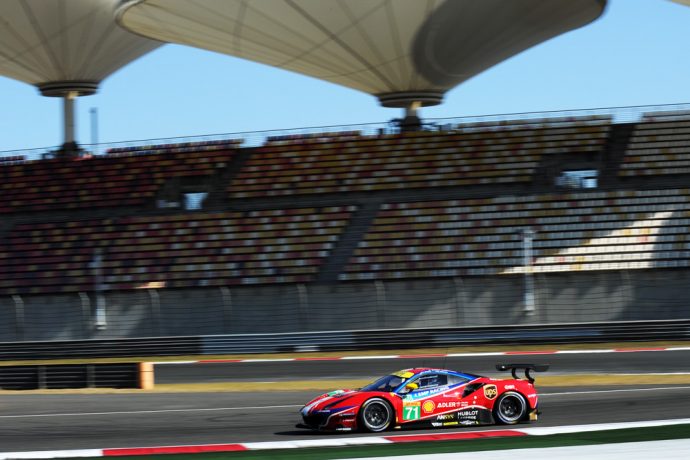 With that change to the results, the World Endurance GT Drivers’ Championship sees Kevin Estre and Michael Christensen extend their lead after claiming a first win of the season in the #92 911 RSR 19. Thus far their title defence is going extremely well, the gap to their teammates Gimmi Bruni and Richard Lietz is now 10 points heading into Round 4.

James Calado and Alessandro Pier Guidi meanwhile, now sit fifth in the standings after losing all their points from China, ahead of only their teammates Davide Rigon and Miguel Molina.

What can Aston Martin Racing do here? Is a second victory on the cards for the Vantage AMR, which now feels like a known quantity in the class, a car that is more than capable of winning races.

AMR will have fond memories from its last trip to Bahrain, but its successes from that visit came in the Am category when it scored a win and the class title.

TF Sport’s breakthrough win at Fuji was followed up with another big victory in Shanghai. The team which seemingly finished second all the time last season appears to only have eyes for the top step during this campaign. Life with the new Vantage AMR has treated Tom Ferrier’s team well thus far, the team revealing to DSC that it is looking to expand its GTE programme next year as a result. 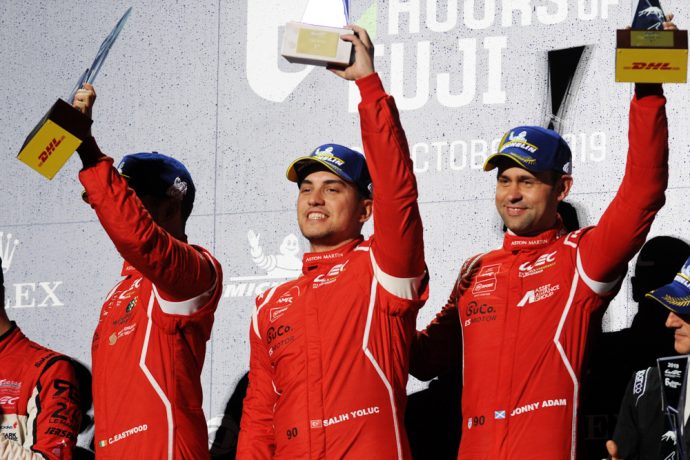 It if is to make it three wins in three races it will have to overcome a significant weight penalty, Charlie Eastwood, Jonny Adam and Salih Yoluc’s car now the heaviest in the class. How much of an impact will the Success Ballast have here? That’s not yet clear, though it’s a longer race, which will most certainly be a factor.

The weight of the Vantage will be 1292 kg, two kilos heavier than the #83 AF Corse Ferrari 488 GTE Evo of Nicklas Nielsen, Emmanuel Collard and Francois Perrodo which is second in the standings, three points adrift. Both sets of drivers will have their work cut out for them, as they are significantly heavier than the rest.

The Red River Sport, MR Racing and #54 AF Corse Ferraris are the third most penalised cars in the category, 20kg lighter than the aforementioned championship challengers.

In addition to the weight penalties, there’s one further BoP change for this weekend, a 1-litre fuel capacity reduction for the Aston Martins, in both categories.

Saturday’s race in Bahrain will start at 15:00 local time.