Craft-Bamboo Racing will enter the 2020 Dubai 24 Hours with a single Mercedes-AMG GT3 under the Team Hong Kong Craft-Bamboo Racing banner.  Jonathan Hui, Antares Au, Frank Yu and Kevin Tse will crew the car, the quartet returning, after taking consecutive podiums in 2017 and 2018 in the GT4 class followed by 10th overall and 4th in the GT3 Pro-Am class in 2019. 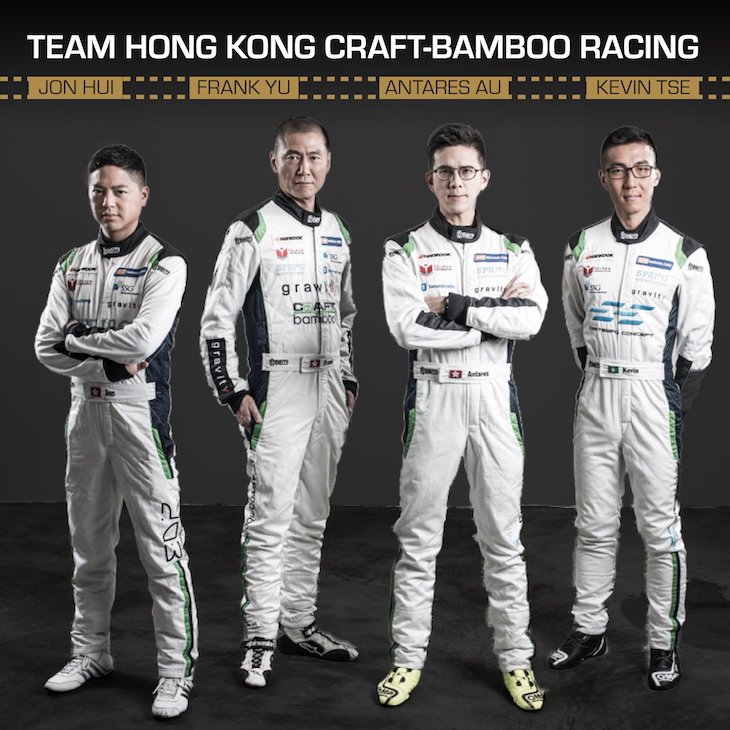 As a tribute to Mercedes-Benz’s success on track, Team Hong Kong Craft-Bamboo Racing will also be running a historic livery by Zung Fu. In 1991, Mercedes-Benz scored a double podium result with a pair of black and gold Mercedes-Benz 190E Evo II DTM at the Macau Grand Prix. The #69 Mercedes-AMG GT3 will be liveried in the iconic colours.

Jonathan Hui, who races GT3 in Europe, scored one victory in the Blancpain GT Series Endurance Cup and finished 3rd overall in the Pro-Am class.

Antares Au, who competes in the Porsche Carrera Cup Asia series, recently finished 4th in the championship after finishing on the podium on 4 occasions in 2019.

Completing the line-up is Kevin Tse, who recently took victory with the Mercedes-AMG GT4 at Macau circuit and is also a former Asian Le Mans Champion with Craft-Bamboo Racing back in 2014.