The Silverstone-based team’s Pro-Am car will be driven by 2019 race-winner Ian Loggie, who will be back for his second consecutive season with RAM Racing, and he’ll be joined by Mercedes AMG factory driver Yelmer Buurman, who previously raced for the team at the 2018 Barcelona 24 Hours.

“I am really excited to be joining RAM Racing next season and to be returning to the British GT Championship after a year away, I’ve missed racing on the British tracks as they are quite old school and challenging with little room for mistakes,” Buurman explained.

“After competing in the 2018 Barcelona 24 Hours with the team, I could see their potential and I am very happy to be a partnered with Ian Loggie for next season. We’ve got a great line-up and a great package, and I see no reason why we can’t be competing for race wins and the championship.”

“After finishing a challenging yet enjoyable 2019 season, claiming the Pro/Am title in British GT, I felt that it was the right time to make some changes with my personal set-up and move forward as a silver-graded driver,” explained De Haan.

“After meeting RAM Racing and seeing what they had to offer, I was taken aback by the level of detail that goes into their set-up as well as being hugely impressed with the new Mercedes AMG GT3 car. I’m extremely excited to begin this new chapter in my career with one of the best teams in Europe, as well as undoubtedly the best all round car in the Mercedes… Full steam ahead!”

The multi-championship-winning team aims to build on a strong 2019 British GT campaign, which saw it take pole position at the opening race at Oulton Park, a victory at the blue riband Silverstone 500 and podium finishes at Donington Park and Spa-Francorchamps. 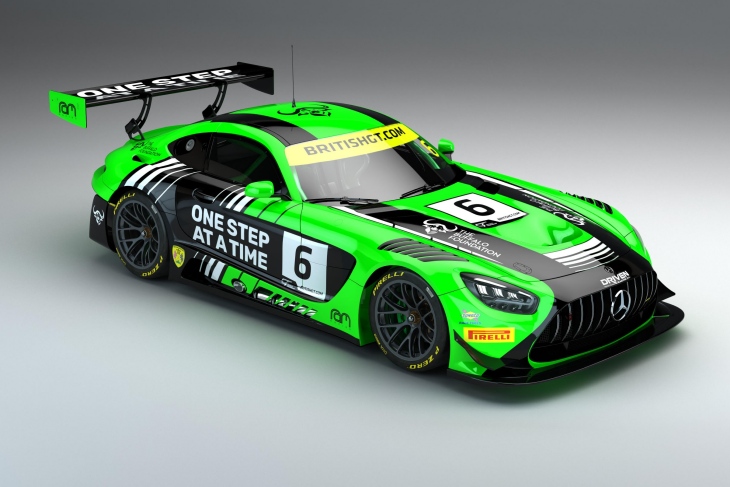 “We’re delighted to be continuing in British GT in 2020,” said Team Principal Dan Shufflebottom. “Ian did a fantastic job in 2019 – I’d say he’s one of the quickest and most competent Am drivers on the grid – and it’s great that we’re continuing our race-winning programme with him. Yelmer has raced with RAM Racing in the past and will fit in well from the start, so we’re looking to ‘hitting the ground running’ in Pro-Am.”

“We’re also looking forward to welcoming Sam and Patrick. It’ll be a step up for Sam from racing as an amateur but he’s a great racing driver who is up for the challenge and we’ll support him along the way. He already has a great working relationship with Patrick, who is an exciting and promising silver driver, so we have a really solid foundation to build on.”

The 2013 European Le Mans Series-winners finished the 2019 British GT season in fourth place in the teams’ championship with 100.5 points and Dan Shufflebottom believes that their new Mercedes AMG GT3 Evos will help the team to greater success in 2020.

“We’ve taken delivery of the new Mercedes AMG GT3 Evos and we are hopeful that the new cars will be even more competitive than their predecessors, as well as being more reliable. I’m confident that with the new package we’ll be at the front from the outset. The 2020 British GT Championship grid looks to be shaping up really nicely so we know it won’t be easy, but I’d say we’re in the best place possible going into a new season.”

The opening round of the 2020 British GT Championship will be held at Oulton Park on the 13th April.