The Shanghai-based squad fields defending Bathurst champion and local hero Matt Campbell, who was also part of Absolute Racing’s podium-scoring line-up at this year’s Suzuka 10 Hours. The 24-year-old will team up with IGTC’s most recent race winner from the Kyalami 9 Hour, Mathieu Jaminet. Both have recently been signed on as full Porsche works drivers after training extensively as Porsche Juniors and Young Professionals.

Fellow Frenchman Patrick Pilet completes Absolute Racing’s all-factory line-up on board the #911 car. The 2018 Nürburgring 24 Hours winner made his IGTC debut at the 24 Hours of Spa this year, finishing as runner-up in Porsche’s 1-2 finish. 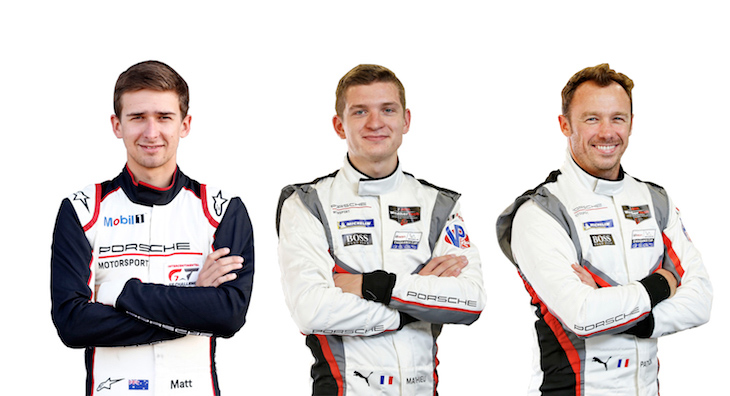 Team-mate Matteo Cairoli also participated in the Germany-based sprint series this year, having taken the vice champion spot in the 2019 European Le Mans Series with a Porsche 911 RSR.

Fabien Fior, Absolute Racing Team Manager: “We had a fantastic first year with Porsche Motorsport Asia Pacific and the Porsche 911 GT3 R in 2019, so we’re very keen to continue that trend into the new year. It’s the second time we have partnered for an Intercontinental GT Challenge race and look forward to competing at the Mount Panorama Circuit with the manufacturer which won last year’s event.”

Alexandre Gibot, Head of Porsche Motorsport Asia Pacific: “We’re excited to make our first announcement for the 2020 Intercontinental GT Challenge season. With Porsche being the reigning Bathurst champions, we are confident that Absolute Racing will provide us with an excellent chance of an equally strong result, especially after such a successful first year with us in 2019, with multiple successes in Blancpain GT World Challenge Asia and the Suzuka 10 Hours. We’ll be working hard to provide them with all the support we can.”

The Absolute entry is set to be joined on the grid by Earl Bamber Motorsport, Bamber telling DSC earlier this month that his team was set to be back at Bathurst, Bamber though set to drive this year and hoping to share his car with IMSA team-mate Laurens Vanthoor.