Part 3 of ‘DSC at TMG’, covering the Toyota Hypercar programme, is the part many readers will have been waiting for. And it is finally here.

(Missed the earlier articles? Catch up with Part 1 HERE, and Part 2 HERE)

With the 2020/21 FIA WEC season fast approaching, Toyota is hard at work preparing for the debut of its Hypercar challenger, a hybrid-powered racing version of the GR Super Sports Concept. To gain some insight into the current state of the programme, DSC sat down with both Rob Leupen, TMG’s managing director and Pascal Vasselon, the technical director.

The best news to report here is that the Japanese brand insists that it is on track to get two cars to the season opener at Silverstone. It is still hopeful too, that its car will begin on-track testing in July, just a month after Le Mans, the final race for the outgoing TS050.

Right now, there is a plan for how much testing it hopes to pack in during the weeks leading up to the Prologue test. It appears that Toyota, unsurprisingly, is the most prepared of the four teams (the others being Aston Martin, Glickenhaus and ByKolles) that are set to bring Le Mans Hypercars to the new category next seasons.

Despite Toyota being confident in having two new Hypercars on the grid at Silverstone, Pascal Vasselon still feels that delaying the season opener (by over a month) was necessary and feels it is a positive step from the WEC organisation.

“I think everyone understood that timing was critical,” he explained. “We needed a bit of time before the start of the season so yeah, this season calendar has taken into account the development of our cars by moving the Prologue to as close to September as possible. Having a gap between Silverstone and Monza is also good management as well. 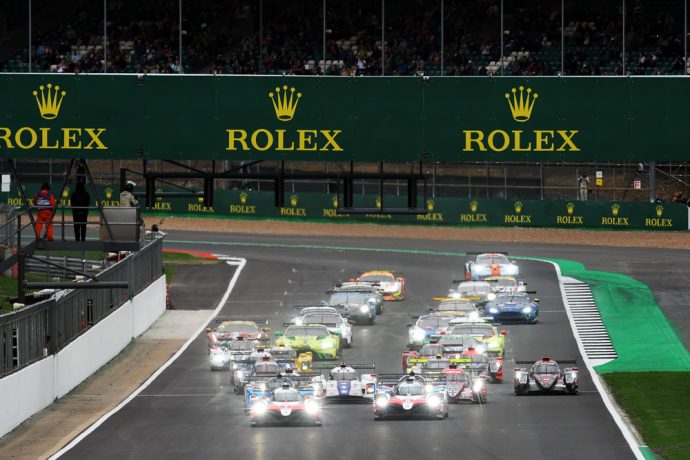 “The Prologue is essential to check FIA systems and equipment, normally any issues we would encounter at a test like that could be solved in hours, as we hope to have solved critical issues before we get there.”

The delays during the formulation period for the regulations have made the timeline for the teams to take their cars from a blank canvas to the circuit extremely short.

Vasselon explained to DSC that many areas of the car are still in their very early stages of development.

“We can see at the moment that still some elements of the regulations have not been finalised, key elements like the aero regulations are signed off but only a month ago. So in many areas of the car, we are running late, not because we are delayed by other programmes, just because the regulations were not fully finalised. We are pushing.

“From our side, we are finishing the monocoque and suspension because it was not too affected by his latest regulation modifications. So, we are on a reasonable schedule from suspension side. The monocoque is borderline though and bodywork is really critical because of the delay of even more critical electric and electronic items where we still have a few clarifications pending.

“We believe that (getting cars ready for July) is feasible, but critical as well. This is the shortest development cycle we have ever had to get a race car of this level ready for the track.

“We have already planned all the testing that will begin with the rollout in July. Before track testing, we will use our usual processes which consist of testing elements of hardware in isolation on rigs. We will use our model based process to speed up the development we are doing so when we hit the track we can immediately go testing.”

There will not be time to build cars specifically for testing. Two chassis will be built initially. One will go testing from July onwards and the other will be put through the FIA WEC homologation processes. The hybrid-powered prototype based Le Mans Hypercars that Toyota races within the season opener will be the only two in existence, “with a few parts changed according to mileage”.

All in all, Toyota is pleased with the regulations. It was never an advocate of making it a BoP (Balance of Performance) formula, but Vasselon says that Toyota was willing to make compromises if it meant additional competition. 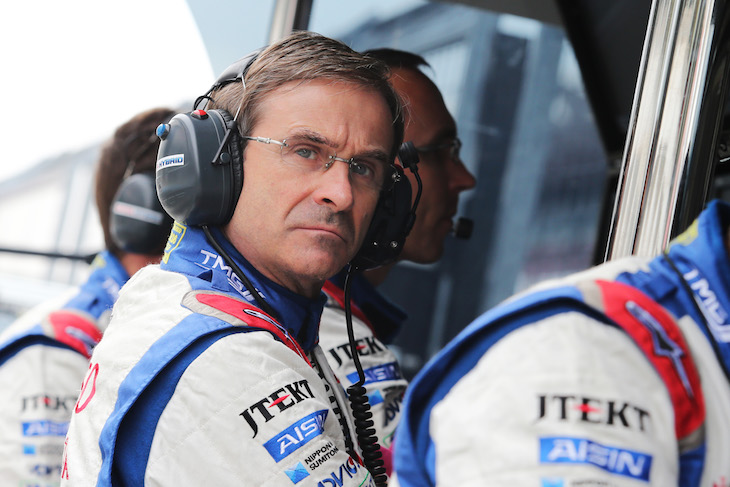 Looking further afield than the start of next season, Toyota is extremely encouraged by both the news that Peugeot is returning (in 2022) and the potential of a DPi-Hypercar convergence which would open the door to an even more diverse set of manufacturers competing around the world at key endurance races.

“(Peugeot’s announcement) is extremely good news and we have been positively surprised by the timing. It shows that there is serious momentum, and obviously, with now three manufacturers are committed we expect some others will be interested.

“As for DPi-Hypercar convergence. We welcome anything that would bring more high-level competitors to race with us. At the moment Le Mans Hypercar combines two sets of regulations, for prototypes and road-based hypercars, so why not include a third option based on DPi with BoP?”

Balancing hybrid-powered and non-hybrid road cars and prototypes will be a tough task, but the general consensus within the ACO and FIA is that it will be able to manage this process well. Vasselon too has confidence in the BoP that will govern the WEC’s top class for the first time, even with the additional challenge of ensuring that DPi 2.0 cars are able to compete alongside the top class challengers from the FIA WEC later down the line.

“I think we know what is required for a good and accurate Balance of Performance,” he said. “The baseline cars must be a similar performance level, then there are processes that will make BoP correct. It’s just about making regulations in a similar ballpark then the final steps are straight forward. I am not worried.”

Would Toyota grasp the opportunity that convergence presents and at the big IMSA races? “Of course,” Vasselon said.

Beyond even a possible convergence, zero-emissions tech (planned for the 2024 Le Mans 24 Hours) is also in the works thanks to the ACO’s drive to develop hydrogen technology for sportscar racing. Toyota confirmed to DSC that it is one of the seven manufacturers in the working group for hydrogen and that it is taking a long, hard look at being part of the ambitious plans to attract multiple marques to race hydrogen-powered cars at La Sarthe.

“It’s extremely important for Toyota, it has been pioneering hydrogen technology,” he explained. “Toyota is interested. When will it be relevant for racing? That’s to be seen. But it is very interested.”

Before we get even close to that becoming a reality though, hypercar is the main focus. Despite it being just months until testing is scheduled to begin, there is no sign of the programme’s existence when you pass through the TMG chassis workshop that houses the TS050s in Cologne when they aren’t at flyaway races. At present there are three TS050 spare tubs, one of which will only come into use should a third one be needed at Le Mans in 2020. The closest things to a Le Mans Hypercar in the room are the road-going Lexus LFAs, that are serviced by TMG and worked on just feet away from the TS050s. 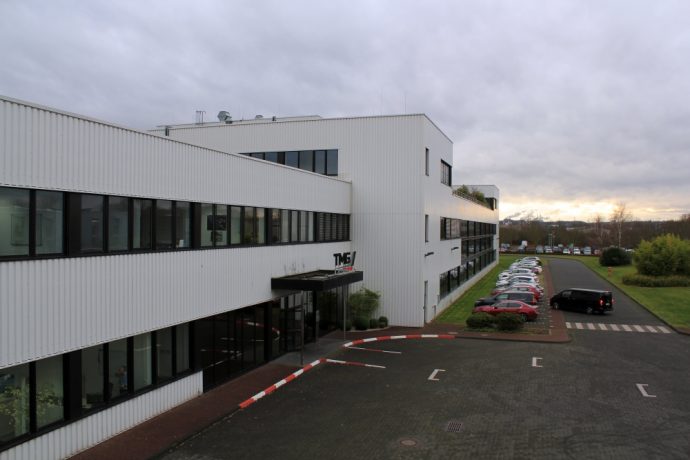 Roles have reversed for Toyota. Back in 2012, when the FIA WEC’s LMP1 Hybrid regulations made their debut, Audi was ahead of the curve and forced to keep the WEC afloat after Peugeot’s exit in the weeks before the start of the inaugural season. Toyota was the newcomer and had to push really hard to ensure it was able to make Le Mans and complete most of the season. This time around Toyota is the long-established team ahead of the Le Mans Hypercar era, with Aston Martin hastily preparing its new car.

“We need to be there at Silverstone, with a car that needs to run because of the experience we have,” Rob Leupen, TMG’s managing director told DSC. “It’s a difficult process to get there and it’s been hard to get to where we are now.

“I don’t think we look at this like ‘we are the Audi’, we know we are able to build a good car and we know that Aston Martin will give us a hard task. We should be the benchmark, but we should be humble.

“Aston Martin will not be underestimated.”