Also on-site as part of the HubAuto team for the weekend is now Aussie-domiciled Marcus Mahy. 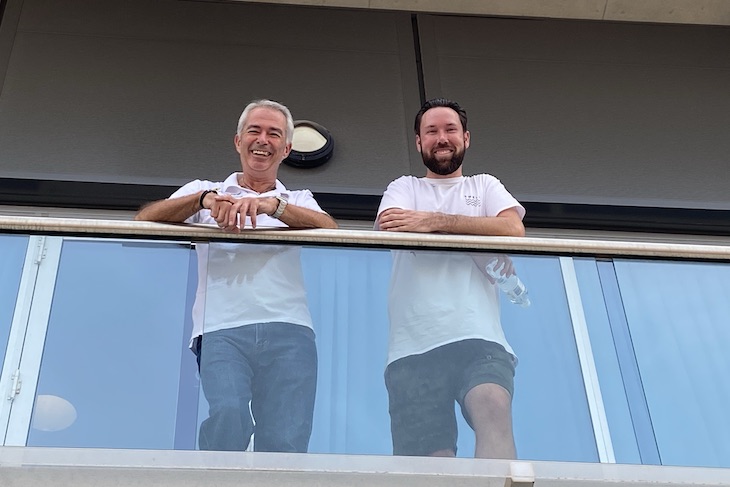 RLR with Tower Events was in the process of completely re-liverying their ORECA 05 yesterday after a decision from the owner, John Farano to recognise the efforts of Australian firefighters in their ongoing battles with the appalling bush-fires that are ravaging large sections of the Australian bush in several states. 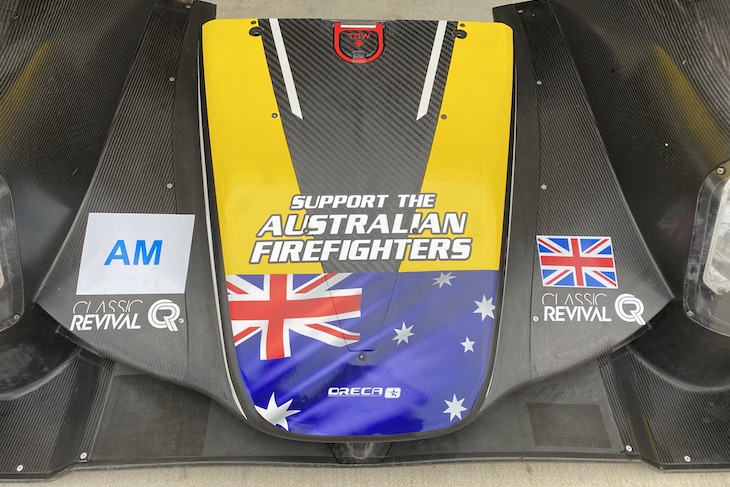 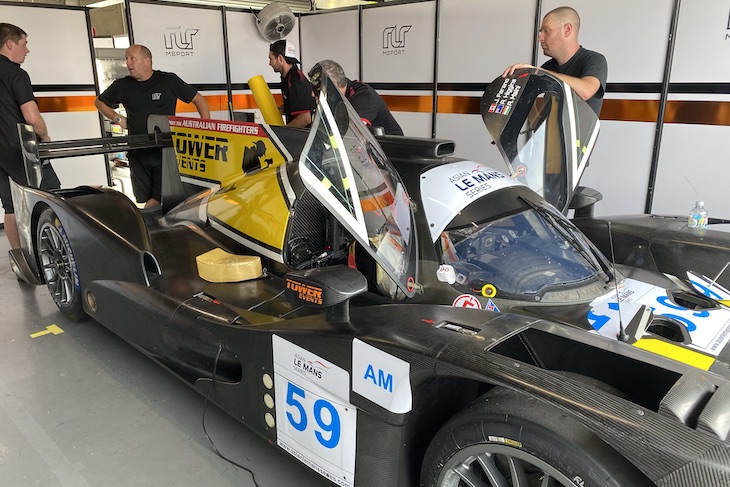 Whilst Gustas Grinbergas has been unveiled by Rick Ware Racing as their ‘Young Gun’ for the weekend, Team Manager Antonio Ferrari was keen to point out some new guns that have been added to the teams out crew equipped with a shiny set of wheel guns that were, until the Abu Dhabi Grand Prix, in the hands of the Toro Rosso F1 team! 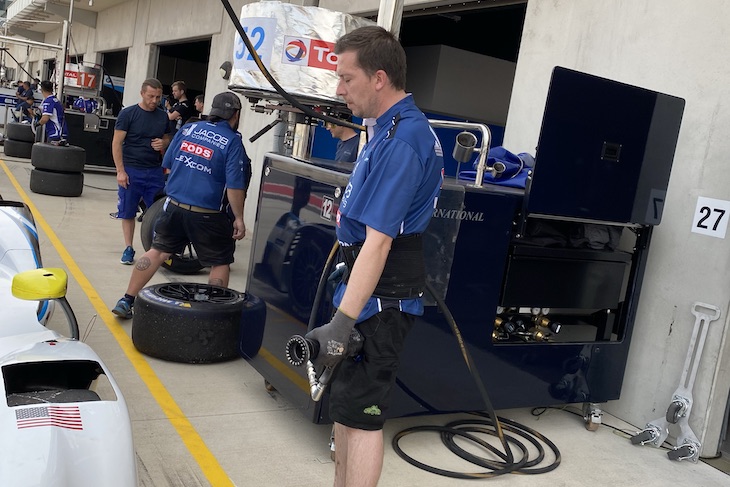 Brabham is on-site from today with a pair of BT62s in a tie-in with the circuit management, in support of a fellow South Australian enterprise. 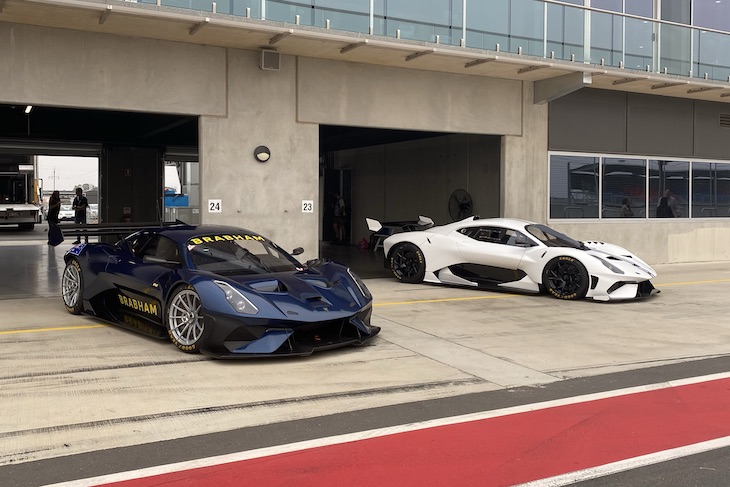 For the first time, there are two BT62s on site together with the blue car that was recently displayed in Europe, here to undertake a number of demo runs in the hands of Nick Foster, and a new, more ‘road car’ trimmed car in white with blue stripes set to be displayed in the circuit’s Welcome Centre. 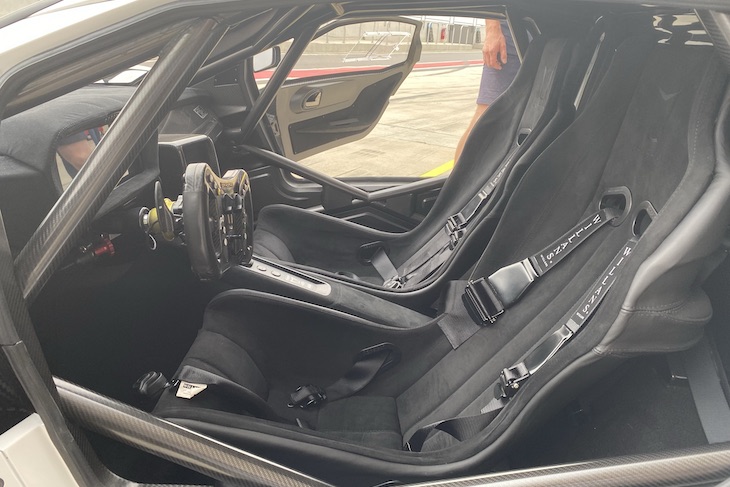 The driver’s first opportunity to see the full circuit come with a track walk on Wednesday followed by a 60kph maximum run on Thursday for their hire cars.

Later on, there was the chance for some lucky few to be taken around at something more like racing speeds with the Asian Le Mans Series’ secret ‘French Stig’ in the circuits Ford Mustang Safety Car.

It showed that the track actually has a little more gradient at some points the might be imagined, together with a couple of really challenging transitions, in particular, a blind crest into a sharp right at T11 and a very tight looking tight ‘flick/flack at T18-20  .

The event was formally launched yesterday morning with a media call on the grid featuring the State Tourism Minister, David Ridgeway, Circuit Owner and MD Dr Sam Shahin and Asian Le Mans Series MD Cyrille Taesch-Wahlen plus a number of the drivers: Nick Foster, Garnet Paterson, Roberto Mehri, Shane van Gisbergen and Aiden Reed, the latter going on to demo the newly re-liveried #36 Eurasia Australia Ligier (pictured top) with some short-form laps for the TV cameras, including a couple of full-bore fast passes, the footage making the evening news on State TV.