Bentley Motorsport’s 2020 GT3 programme has been revealed, the British brand will continue to have a presence in the big GT3 championships, with Continental GT3s racing in the Intercontinental GT Challenge and World Challenge Europe Endurance Cup.

With an increased customer racing programme in place for 2020, the Cumbria-based outfit will scale back its racing commitments and service Bentley’s customer teams, alongside its IGTC campaign. Consequently, Bentley has become the fifth manufacturer to commit to a full IGTC campaign, joining Lamborghini, Audi, Honda and reigning champions Porsche. More are expected to announce very soon.

Bentley’s works drivers will enter the full IGTC, with a pair of Continental GT3s in a striking new green livery (above), while supporting its customer teams around the globe. Maxime Soulet will return to Bentley Team M-Sport for a sixth season alongside Jordan Pepper and Jules Gounon who have both raced with the brand since 2018.

Seb Morris (below), who won the British GT Championship with the first generation Continental GT3, will step up to the works line-up following impressive outings at the 24 Hours of Spa and Suzuka 10 Hours, while Al Buncombe becomes a full-time works driver after strong showings for the team in 2019. IMSA Mazda driver Olly Jarvis, who raced for the squad in 2017, will return for IGTC duties only due to a busy schedule. 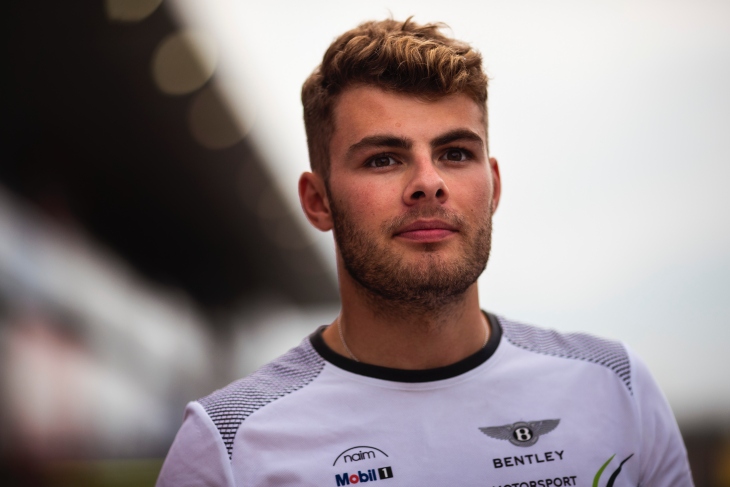 “It’s actually been a textbook route from customer racing into the works team for me,” Morris explained. “I first raced the Bentley Continental GT3 in 2016 for Team Parker Racing in British GT, which we went on to win. I then stepped up to the Blancpain GT Series with Team Parker, while still contesting the British series with JRM.

“Thanks to race wins with both, I was selected last year to join the works team at the 24 Hours of Spa and then again at Suzuka 10 Hours. Now, I stand here in 2020 as a fully-fledged works team driver. Bentley promised to nuture talent through its programmes, and I can’t wait to start my career as a Bentley Boy.”

Elsewhere, as was announced yesterday, K-PAX Racing will represent Bentley in the World Challenge Europe Endurance Cup. The Californian team, with works drivers and a pair of Continental GT3s, takes over from M-Sport, who competed in the series with Bentley.

“We’ve been very careful to grow and adapt our programme in a way that is sustainable for us and beneficial to both our new and old customers, and I am very pleased that we have attracted teams that operate at the highest level,” said Bentley’s director of motorsport, Paul Williams.

“Bentley Team M-Sport has been instrumental in enabling us to grow our customer programme and build the Continental GT3s required for 2020, while also preparing for Bathurst 12 Hours and planning an extensive test schedule that will benefit all of our teams.”

The Bentley Motorsport Academy run with Team Parker Racing kicks off in 2020 to help to identify and nurture the next generation of Bentley works team drivers. Testing and assessments for the inaugural squad are currently underway.

Plans for additional customer teams are set to be announced in the coming weeks.