Honda Motor Company presented its teams and drivers for the upcoming 2020 Autobacs Super GT Series today at the Tokyo Auto Salon in Chiba, Japan, revealing a retooled camp of ten factory drivers for the five teams that will field the new front-engined NSX-GT this season.

Honda will strive to recapture the championship in the most prestigious races by introducing an all-new, front-engined NSX-GT to the GT500 class of the Super GT Series, which will adopt new technical regulations in the 2020 season, in pursuit of the manufacturer’s fifth GT500 Championship title and their second in the last three seasons. 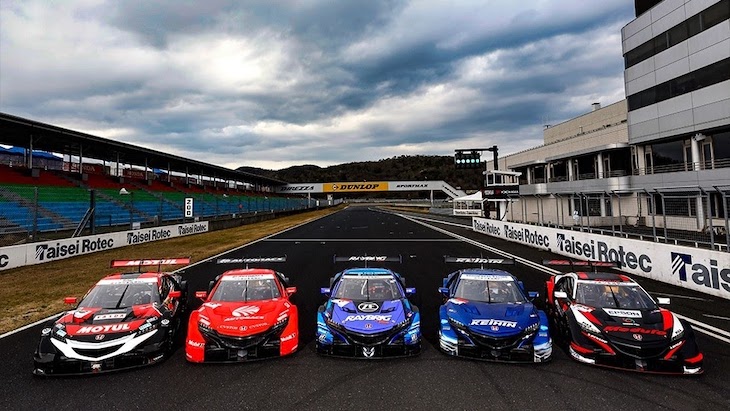 Veteran drivers Koudai Tsukakoshi and Bertrand Baguette, ranked highest of all Honda drivers in the 2019 GT500 Drivers’ Championship at 6th place, will continue to drive for Real Racing in the number 17 Keihin NSX-GT, under the leadership of team principal Katsutomo Kaneishi.

Tsukakoshi, 33, has taken part in 89 Super GT championship races, all of them with Real Racing. The 2013 runner-up will continue his partnership with Baguette, who turns 34 in February. The tandem combined for two pole positions, five top-ten finishes, and a best finish of second at the sixth round of the year in Autopolis.

Team Kunimitsu and the number 100 Raybrig NSX-GT will keep the services of 2018 GT500 and Super Formula “Double Champion” Naoki Yamamoto, entering his 11th season as a Honda GT500 driver with 79 career starts to his name.

Yamamoto, who alongside the departing Jenson Button finished 8th in the GT500 Championship in the 2019 season, has a new teammate: 22-year-old Tadasuke Makino, an FIA Formula 2 feature race winner, makes the switch from Nakajima Racing to Team Kunimitsu following a solid first full season in GT500 in 2019, punctuated by a podium finish at Sportsland Sugo. They hope to bring Kunimitsu Takahashi’s team another championship in 2020.

But the key to a reinvigorated Honda camp comes in the form of the arrival of Super GT newcomer Ukyo Sasahara, and the promotions of GT300 Champion Nirei Fukuzumi and fellow GT300 graduate Hiroki Otsu to the premier class.

Team Mugen has brought in 23-year-old Sasahara, a former HFDP prospect and a surprise addition to the Honda GT500 stable. Sasahara won a number of titles in 2019 including the FIA Formula 3 Asian Championship title, the Porsche Carrera Cup Japan overall title, and the Gold Medal in the FIA Motorsport Games GT Race. He’ll partner the returning veteran, 37-year-old veteran Hideki Mutoh, in the number 16 Motul Mugen NSX-GT under the stewardship of F1 alumnus Shinji Nakano.

22-year-old Fukuzumi, who won the GT300 Championship last season for Autobacs Racing Team Aguri (ARTA), secures his promotion to the top class with that very same ARTA squad, where he will partner 30-year-old Tomoki Nojiri, a sixth-year GT500 veteran who led the GT500 class in pole positions in 2017 and 2018. Fukuzumi also brings to the table victories in the GP3 Series and a maiden podium in Super Formula at the end of the 2019 season.

And Modulo Nakajima Racing will feature an all-new driver lineup featuring 25-year-old GT500 newcomer Otsu, who’s scored podiums in each of his two GT300 seasons with Modulo Drago Corse, and veteran Takuya Izawa, who switches rides after two seasons at ARTA. Izawa, 35, is Honda’s most experienced GT500 driver with 91 career starts to his name over 13 seasons, and at ARTA, he scored Honda’s only win of the 2019 GT500 season last April at Okayama.

As it pertains to tyre suppliers, there is no change from the previous year: ARTA, Team Kunimitsu, and Real Racing will be supplied by Bridgestone, Team Mugen will continue with Yokohama, and Nakajima Racing will retain their ongoing GT500 class-exclusive partnership with Dunlop.

Honda will also continue its support of its customer racing teams in the GT300 class with the championship-winning NSX GT3 EVO and continues to call upon young talent to bolster its ranks.

Defending GT300 Champions ARTA, under the leadership of team owner Aguri Suzuki and executive advisor Keiichi Tsuchiya will attempt to repeat in 2020. 49-year-old ARTA stalwart Shinichi Takagi, the two-time GT300 Champion and second-winningest driver in the class, with 21 total victories, returns with a new teammate in 21-year-old rookie Toshiki Oyu, who steps up to take the place of the GT500-bound Fukuzumi 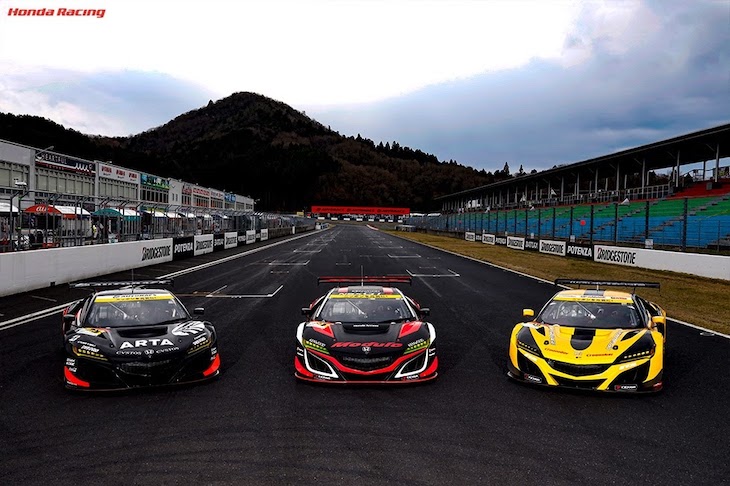 Oyu had a successful 2019, finishing 4th in the final All-Japan Formula Three Championship standings with a win and six podiums, and sweeping the two-race Euroformula Open round at Silverstone Circuit supporting the WEC 4 Hours of Silverstone.

Modulo Drago Corse has also made a change in drivers: Legendary owner/driver Ryo Michigami, the 2000 GT500 Drivers’ Champion for Mugen and Honda, remains as the lead driver after podium finishes in each of his last two seasons racing alongside GT500-bound Otsu. For 2020, Michigami has recruited 25-year-old Australian Jake Parsons to drive alongside him.

Parsons, who now lives in Japan, last raced in Super GT in 2017 with Team Taisan. He ran unopposed to the 2018 All-Japan F3 National Class title, scored a podium finish on his Asian Le Mans Series debut in the 2018 4 Hours of Sepang, and notched 3 ST-TCR class podiums in the 2019 Pirelli Super Taikyu Series for Adenau Racing.

Lastly, Team UPGarage return with an unchanged driver line-up of 32-year-old Takashi Kobayashi, and 40-year-old Kosuke Matsuura. The duo at Team UPGarage scored only three top-ten finishes in 2019 in their first year as a Honda Customer Racing team.

Both Modulo Drago Corse and Team UPGarage will be supplied with Yokohama tyres.