Nissan and NISMO announced the driver lineups for Nissan teams in the 2020 Super GT GT500 class today from the floor of the Tokyo Auto Salon at Makuhari Messe Convention Complex in Chiba, Japan.

With only one race victory in each of the last three seasons, Nissan and NISMO have sought to regain their former glory amidst a sea of difficulties for the manufacturer beyond the realm of motorsport. The 2020 season will see Nissan debut a revised version of the GT-R NISMO GT500, built in full compliance to the Class 1 technical regulations.

After an open test at Fuji Speedway and weeks of speculation, Nissan has chosen their eight drivers to represent their four teams in the pinnacle of GT500, with only two changes in the driver lineup from 2020.

The ace car from the factory NISMO team will retain the same driver lineup from the last six seasons. Tsugio Matsuda, the winningest GT500 race driver of all-time, will once again join the series’ only four-time GT500 Drivers’ Champion, Ronnie Quintarelli, in the flagship number 23 Motul Autech NISMO GT-R. 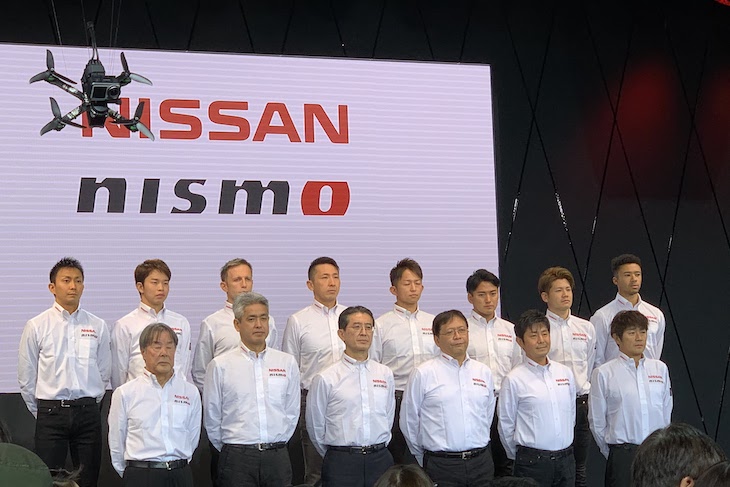 NISMO will retain their exclusive tyre supply deal with Michelin, as will NDDP Racing with B-Max, who captured Nissan’s only victory of 2019 at Sportsland Sugo.

Kondo Racing will retain their lineup of Nissan young guns from 2019, as 26-year-old Mitsunori Takaboshi will line up next to 28-year-old Welshman Jann Mardenborough, in their third and fourth GT500 campaigns respectively. Takaboshi representing the NDDP driver academy of years past from Japan, and Mardenborough, the last of the NISMO GT Academy champions left standing with the manufacturer.

And at Team Impul, a surprise selection in the form of 28-year-old GT300 graduate Kazuki Hiramine, who will drive the famous blue number 12 GT-R alongside the returning Daiki Sasaki. Hiramine, a former Honda single-seater prospect who found himself out of full-time racing for nearly two years at one point, was a title contender with Kondo Racing in GT300 last season. While Sasaki, also 28, looks to put a disappointing 2019 behind him along with team principal Kazuyoshi Hoshino and the rest of the Impul team.

“This year’s driver lineup emphasizes the balanced appointment of individuals selected from our large stable of highly capable Nissan drivers,” said NISMO President and CEO Takao Katagiri. “The combination of drivers was decided through consideration of each individual’s driving style and their suitability to each vehicle. As a result, there have been minor alterations to our driver lineup. At the same time, we’re intensively developing a new 2020-spec Nissan GT-R NISMO GT500 in line with the new Class 1 technical regulations that will be shared across Super GT and DTM.”

“We’ll be bringing together the strength of all the team principals, drivers, engineers, mechanics, staff and all our employees, including NISMO’s development team, in a concerted effort to retake the championship and live up to the expectations of our fans. This year, Nissan and NISMO will again be engaged in various motorsports activities, with a focus on the two pillars of the Formula E championship and Super GT. We’ll strive to fully engage with our fans through a new season of exciting motorsports.”

Nissan team principals and drivers will participate in a fan event at the Nissan Gallery in Yokohama on February 16th. Additional details about the event will be announced at a later date.