The first day of ACO running in Australia saw two 2-hour test sessions before official Free Practice 1 late in the afternoon. The collective tests allowed the teams their first chance to learn the 7.77km GT Endurance circuit in anger, under hazy/ smoky skies in the morning session.

All teams took to the track for the first 2-hour test session, with only the #16 Astro Veloce BMW missing significant running due to electrical gremlins carrying over from Shanghai. The session was topped by Shane Van Gisbergen in the #1 Eurasia Motorsport Ligier JSP2-17.

His time of a 2:38.579 the benchmark, remember this his first-ever track time in a prototype, ahead of the #45 Thunderhead Carlin Dallara at the hands of Ben Barnicoat, setting a 2:39.633. The #36 Eurasia Motorsport car completed the top 3, with the #26 G-Drive Algarve Pro and #34 Inter Europol Competition cars rounding out the top 5.

LMP2-Am was lead by the #59 RLR MSport Ligier; Arjun Maini setting a 2:49.607 to top the class ahead of Cody Ware in the Rick Ware Racing #52 Ligier, while Colin Noble in the #2 Nielson Racing Norma M30 topped the timesheets in P3 with a 2:53.378. GT was controlled by the #51 Spirit of Race, and the #27 Hub Auto Corse Ferrari. Alessandro Pier Guidi setting a 3:00.093 to head the timesheets over AF Corse teammate Davide Rigon.

The opening session was marred by a lengthy red-flag period after an off from the #3 Nielsen Racing Norma M30. Rob Hodes left the track at the fast downhill sweeper at turn 14, making contact with the concrete wall. While Hodes was alright, the car suffered significant tub damage with damaged suspension, beyond repair here.

Nielsen Racing has sourced a replacement M30 chassis from Graff Racing, which was the Real Team Racing car for last year’s ELMS season, employed by them in Asia as a travelling spare and potential second entry. 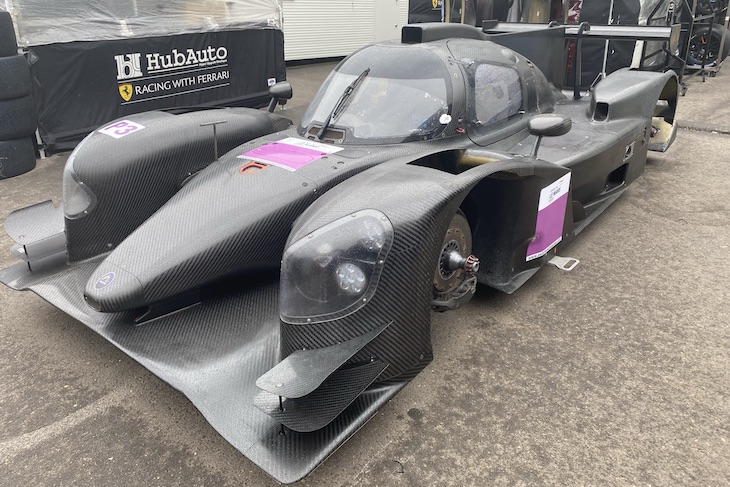 The second session of the day saw only 11 cars hit the track, as persistent rain and strong winds greeted the session. Harry Tinknell setting the top time with a 3:07.507, with only 5 cars setting more than 15 laps in the session. Significantly, the #16 Astro Veloce car was out on the track, making up for their problems earlier in the day.