The ongoing bushfire emergencies across several Australian states has energised a number of teams and drivers in the Asian Le Mans Series paddock.

In addition to the efforts of RLR Sport in supporting the Australian fire-fighters, long-time friends Shane van Gisbergen and Nick Foster have combined with a fund-raising effort via their nascent www.apexhuntersunited.com website to support, via merchandise sales, with the efforts of the New South Wales Rural Fire Service and efforts to conserve wildlife affected by the fires.

The Series too has made a significant contribution, both donating to the disaster relief efforts of the Australian Red Cross, and encouraging others to follow their example.

There is a somewhat unexpected world debut at The Bend for the 2020 Evo kit on the #27 HubAuto Corsa Ferrari, the team needing to rebuild the front-end of the car on-site after a significant contact at Shanghai, and taking the opportunity to make the change. 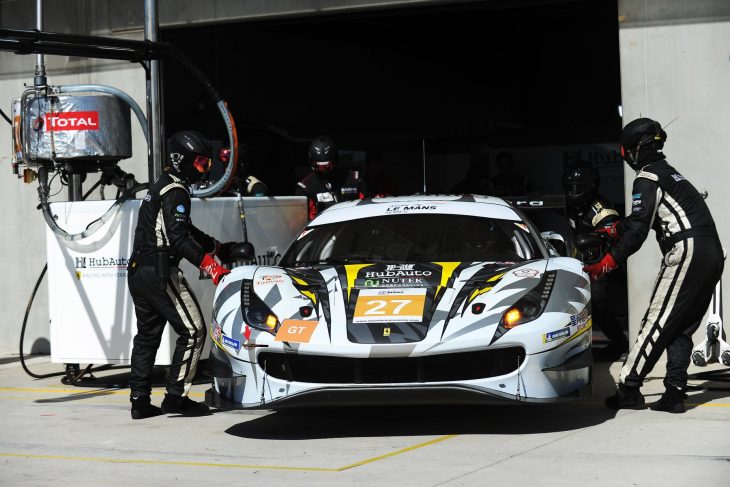 Davide Rigon was very complimentary of the difference to the car on-track and the results showed with a dominant pole position, despite a 10 kg BoP weight penalty for the car by dint of the change.

Jack Manchester was on commentary duty yesterday, just before the ole position set by team-mate Ben Barnicoat in the Thunderhead Carlin Dallara-Gibson.

The full race will be streamed on the Series’ YouTube and Facebook pages as well as on Fox Sports 506 from 12:30 local time.