KCMG has confirmed their two-car Pro class driver line-up for the 2020 Liqui Moly Bathurst 12 Hour with their pair of Nissan GT-R Nismo GT3s. 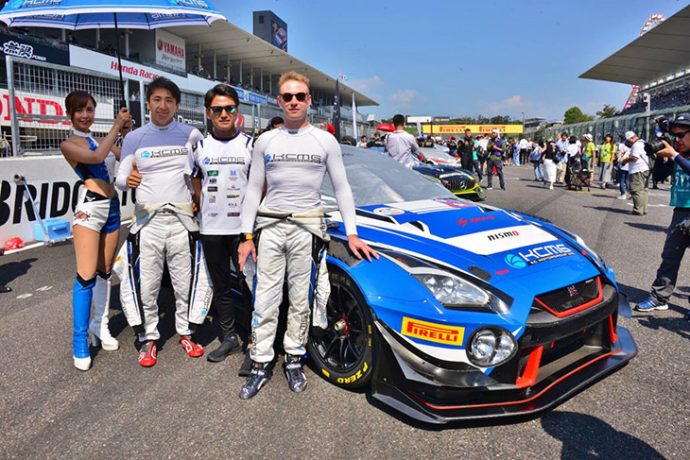 The team return for their second attempt at the race with Tasmanian Josh Burdon again joining forces with Japanese stars Katsumasa Chiyo, the hero of Nissan’s 2015 victory and Tsugio Matsuda in one car, while the other will be driven by the returning Alexandre Imperatori, Edoardo Liberati and Bathurst newcomer, Joao-Paul de Oliveira.

KCMG impressed on their Bathurst debut last year; Imperatori qualifying his car 9th in the Pirelli Top-10 shootout before teaming with Liberati and Oliver Jarvis to finish on the lead lap in 7th position, remaining in contention for a podium until the final stint.

“After a long Christmas break, I feel recharged and eager to get back in the car,” Josh Burdon said.

“The Bathurst 12 Hour is a great way to start the year, it is one of the toughest races in the world and it is a privilege to drive around this amazing circuit. I am happy to be sharing the car again with my Japanese teammates Chiyo and Tsugio, last year as a team we were strong so after a season of development we are aiming for the podium.”

2015 winner Chiyo remains a Bathurst fan-favourite and will make his sixth 12-Hour start this year. This year marks the fifth anniversary of Nissan’s remarkable victory. 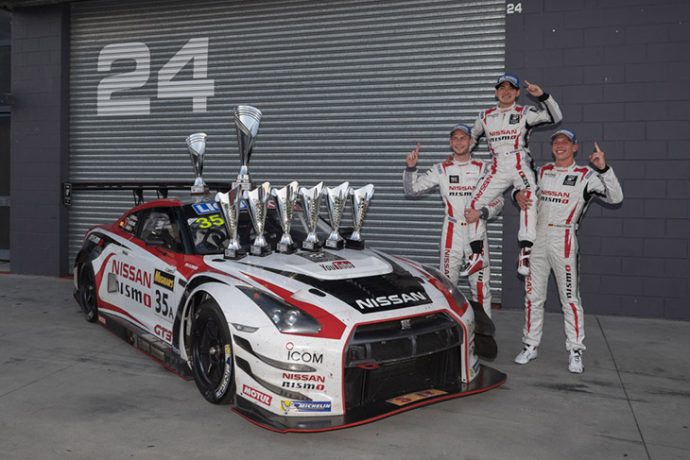 “I’m always excited to get in the Mountain! I hope we will be stronger than last year through Intercontinental GT competition. I will do my best to take the best result to the KCMG team and my familiar teammates.”

Matsuda makes his second Bathurst start this year, coming off the back of a third-place finish in the 2019 Super GT Championship in Japan. The experienced 40-year-old ace has won that championship on two occasions, along with his pair of Super Formula title wins in 2007 and 2008.

“I look forward to participating in the 12-Hour Bathurst race with KCMG again this year. Last year, one of my favourite courses after fighting for the top. I will do my best with the team, please support us!”

Edoardo Libertati returns to Bathurst for his second 12-Hour campaign, reuniting with his 2019 co-driver Imperatori in a strong combination.

“Really looking forward to the challenge the Mountain again! Starting off the season with one of the toughest and most competitive races of the year gives extra motivation to everyone here at KCMG, especially after being close to the top last year.

“The team is working on every detail to be ready at 100%, happy to team up with Alex and welcome on board with us JP!” Imperatori impressed last year, placing his KCMG entry ninth in the Pirelli shootout before remaining in contention for a vast majority of the race.

“I’m massively excited to be back at the Mountain for another go with KCMG. It’s the perfect way to open the season and this year’s Bathurst 12 Hour is shaping up to be another classic with the best competition there is in GT racing. It is one of the toughest races there is, but we are coming much better prepared this time around and will look to learn from last year to target a podium finish.”

38-year-old de Oliveira hails from Brazil, however, has forged much of his professional career racing in Japan, claiming the 2010 Super Formula championship while at the same time also racing in the Super GT Championship.

He is a former runner-up in that series, with nine race wins to his credit.

“It’s Exciting! I’m very happy to team up with Alex and Edo for this mega event. It will be my first time in the Mountain, besides iRacing of course, and I look forward to racing on one of the world’s most challenging tracks.

“Certainly, one of GT3s most prestigious events. I Can’t wait!”