The Chinese Pro/Am duo have raced an Absolute-prepared Audi together in two of the last three seasons. However, the squad’s parallel programme with Porsche, which sealed the Teams’ and Pro/Am Drivers’ titles last season, has provided an opportunity to try the 911 GT3 R.

The pair are also eligible to contest the championship’s new Asian classification, which is open to all crews featuring two drivers from across the continent. Points are awarded to the top-10 eligible entries in each race, although only full-season line-ups will be recognised. The winning crew will receive a dedicated trophy at the end of the year.

Sun and Cheng finished 11th in 2019’s Pro/Am standings, a position the latter hopes to improve upon this year.

“We had a two-day test in Sepang before Christmas,” he said. “The car performed faultlessly with a great blend of balance and power. The GT3 category has never been more competitive and is clearly going from strength to strength.

“Jingzu and I are 100% committed to doing well this season. With Absolute Racing, we will be able to achieve strong results. I am really looking forward to the first round of the season.”

Sun added: “I can’t wait to finally start the 2020 GT World Challenge Asia season at Sepang. Testing and preparation have gone well with both Absolute Racing and Cheng. We have been doing good mileage with the Porsche 911 GT3 R and we are looking for solid and consistent results over the 2020 season.”

Absolute Racing announced last week that Chinese duo Yuan Bo and Leo Ye Hongli would return in 2020, while the team is expected to confirm further entries in due course.

Team director Fabien Fior said: “Cheng and Sun are part of Absolute Racing’s family, and I’m particularly pleased to see them returning in one of the world’s most competitive GT racing series. I am certain that a new car will bring them new motivation. We’re under no illusions; we know this is a super-competitive championship and everything needs to be spot on if we are to run towards the front. Sun is adapting to his new car well, while Cheng, we know is a fast and consistent driver.” 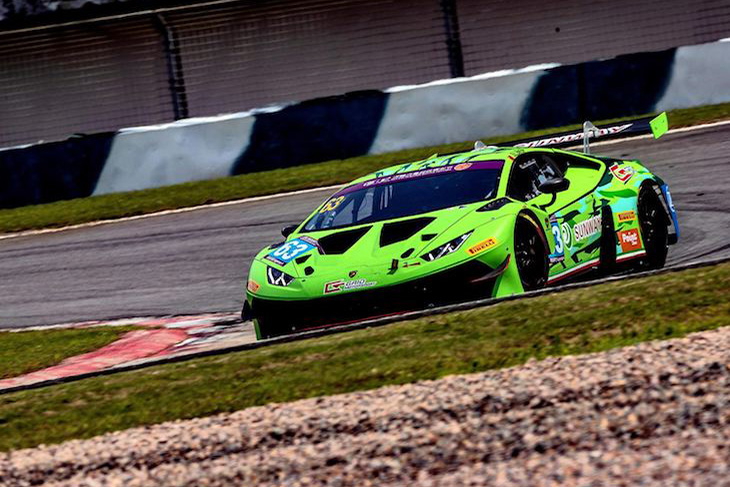 Their Pro/Am pairing features Chinese debutant Bei who was also part of the team’s regional programme throughout 2019.

“This is my first year in GT World Challenge Asia and I am proud to be driving in the Lamborghini Huracan GT3 Evo,” he said. “I expect to face a lot of challenges during the season, but we’ve also conducted a lot of testing in Zhuhai. I’m confident of achieving good results now that we’ve learned more about the car through the 2019 season. My aim this year is to challenge for podium positions and learn from Naoki. I will give it my best with my team and Naoki.”

Bei’s joined by experienced Japanese GT driver Yokomizo who has raced for a variety of GT World Challenge Asia teams since winning at Fuji with CarGuy and Lamborghini in 2017.

“We had a very good experience during the inaugural GT World Challenge Asia season in 2017 and are happy to be back with a stronger line-up in GT3,” he said. “It will be a very challenging season as we build a new team from the ground up, but we believe we can quickly adapt to the pace of the championship and mount a strong challenge in the coming year.

“Steven Bei has been putting a lot of hard work into learning all aspects of GT3, and Naoki has performed consistently throughout the years. We are looking forward to the exciting battles during the season.”

Legacy Racing will make its GT World Challenge Asia debut in 2020 with an Am class-entered Mercedes-AMG GT3. 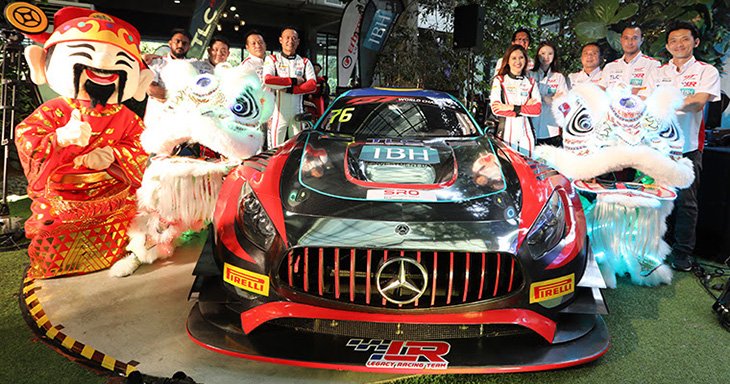 The Malaysian squad, which is run by Tedco Racing, has previously competed in national championships but will now make its pan-Asia debut with two familiar faces from stunt driving and drifting: Leona Chin and Tengku Djan Ley.

“It was always a dream to race in any GT championship so to now have an opportunity in Asia’s most prestigious GT series is pretty amazing,” said Chin. “It’s going to be a tough and challenging year as it will be my first time racing a GT3 car, let alone the beautiful Mercedes-AMG. But I’m also very excited to visit new circuits that I’ve never previously raced at. Competing in GT World Challenge Asia will provide me with a great experience at a very high level of racing.”

Meanwhile, Djan Ley’s racing career spans 24 years and even features outings in Japan’s Super GT series as well as back-to-back Merdeka Millennium Endurance victories at Sepang. However, he didn’t earn the nickname ‘Prince of Drift’ for nothing, he was crowned Formula Drift Asia champion in 2009 and ’10, and finished seventh in last season’s FIA Intercontinental Drifting Cup.

“I’m looking forward to a great season with a new, all-Malaysian team,” he said. “We hope to be competitive in the Am class but both Leona and I are new to GT racing. And it’s not going to be easy as GT World Challenge Asia has the highest level of competition in the region.”

Team boss Rueben Wong added: “As newcomers to GT World Challenge Asia and GT racing generally we will need to dig deep to catch up with the rest of the established teams and drivers. Success, however, will be sweeter being an all-Malaysian team of drivers and crew.”

Legacy Racing begins its GT World Challenge Asia campaign on home soil at Sepang on March 28/29 before the six-round, 11-race championship then travels to Thailand, Japan and China. 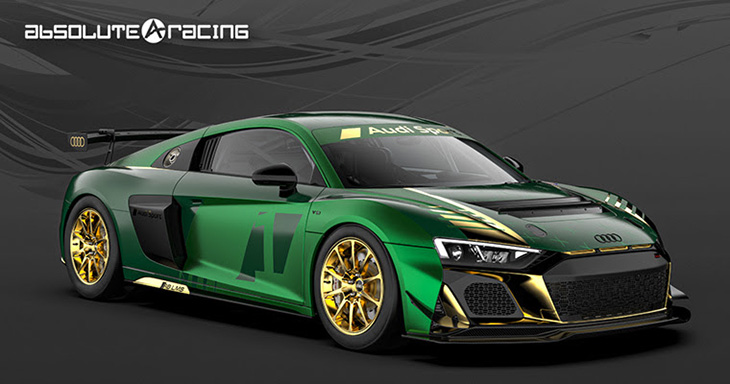 The reigning GT3 Teams’ and Pro/Am Drivers’ champions are best known for running Audis and Porsches in the senior class, but also made a one-off GT4 appearance last season at Suzuka. They will now campaign the R8 at all six rounds with Anderson Tanoto and Nicolaj Møller Madsen, who join the championship’s new Silver/Am class.

Indonesian amateur Tanoto was also part of Absolute’s exploratory GT4 foray in June, which yielded a pair of class podiums, and has also raced the car in Audi’s one-make R8 LMS Cup.

“It is a whole new challenge for me,” said Tanoto. “Last year’s experience in GT World Challenge Asia’s Suzuka rounds, where we finished with a double podium, was an eye-opener. It is a privilege to return with a new Audi R8 LMS GT4 this year alongside Absolute Racing. I am excited to team-up with an experienced GT4 driver like Møller Madsen. This is a huge step up and it will help my development as a driver. I know the team’s expectations are high, but I feel ready for the biggest challenge I’ve ever faced in motor racing.”

“I am really happy and proud to join Absolute Racing for the GT World Challenge Asia in the GT4 class,” said Nicolaj Møller Madsen. “I think all race drivers have been looking to get a chance to race in Asia, mainly because of the amazing racing tracks and even more amazing fans. In the past three years, I have been trying to find a way to get into Asia, and now it finally happened. Doing it with a team like Absolute Racing just makes it even more special. I am looking forward to taking my experience from the last two years with the Audi in Europe to Asia, and I think we will have the car to fight for the title. I am not going to fly six times for 15 hours each time to finish second, so for sure the goal is to win!”

“I’m extremely pleased to be joining GT World Challenge Asia’s GT4 class,” said team director Ingo Matter. “Running the Audi R8 LMS GT4 was an obvious choice; we have a great relationship with Audi Sport customer racing Asia. In Nicolaj and Anderson, we have two highly committed drivers. Absolute Racing will definitely be looking for class wins. This expansion marks a new chapter for the team and we can’t wait to get started.”

Lee and Fong To Return With GTO Racing With TTR

Brian Lee and Tony Fong are returning for a fourth GT World Challenge Asia campaign in the GT4 class this year after renewing their GTO Racing with TTR partnership. 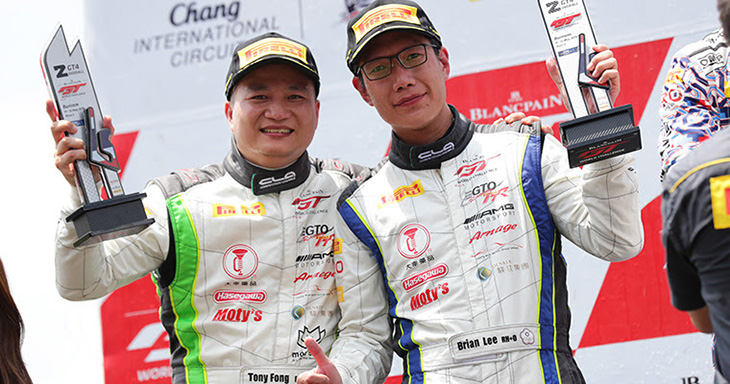 The duo has been a mainstay of the GT4 ranks since the championship’s formation in 2017 and will continue with the same Mercedes-AMG they campaigned throughout last season.

Five podiums resulted in them finishing fifth in the final standings, although a first victory still eluded them. That’s a stat the Japanese team is eager to change in 2020 when they aim to mount a sustained championship challenge.

“Our drivers, car and team were able to gain a great deal of experience in 2019,” said team manager Yuki Kusunoki. “And with this, we collectively become so much stronger. In 2020 we also expect to try out a new set-up, which we didn’t have the chance to last year.”

The Mercedes-AMG will again feature its familiar chrome blue, black and gold livery, while the team is truly pan-Asian thanks to Taiwanese and Hong Kong drivers, Chinese mechanics, plus a Japanese team manager and engineer.