Threatening skies and strong winds turned to rain today, which will hopefully be the last we will see of the conditions. Though depleted in number, the quality of this year’s grid is nevertheless impressive, and the 38-car field for the 58th Rolex 24 At Daytona assembled on pit road for the annual photocall (above).

Oliver Jarvis meanwhile is bringing a flavour of England to Mazda Team Joest, he was spotted by the DSC Editor arriving in the paddock with a bumper supply of PG Tips tea. No doubt more than would be required just for himself and team-mate Harry Tincknell, it’s more likely the week’s supply for the UK-based Multimatic (and AER) crew members! Gavin back in a mid-engined car

Oliver Gavin’s long GT race career is about to add a further chapter, a passing question to the senior member of the Corvette Racing squad on the flight over from London elicited a moment of contemplation. “Just how many times have you raced a mid-engined GT car?” 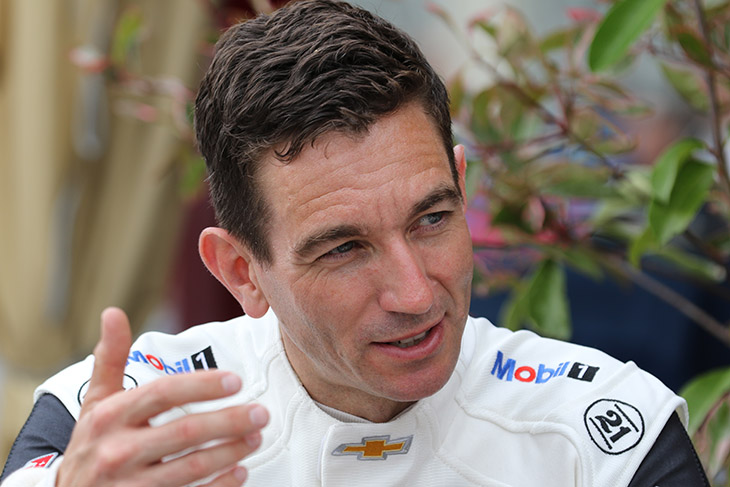 The answer is several times! His breakthrough drives pre-Corvette were in the Saleen S7 R, but there were other GT3 outings including the 2016 Spa 24 Hours, part of a Pro-Am class podium for Barwell Motorsport in a Lamborghini Huracan GT3, and both the 2014 and 2015 Bathurst 12 Hour races when he was entered in Audi R8 GT3 machinery.  The 2020 Rolex 24 Hours though will mark the first time in Gavin’s long career when he will race a mid-engined car on Michelin rubber!

No track action today, but there’s still driver activity if you know where to look. DSC’s roving team took shelter from the fairly miserable cold and wet weather in the Porsche garage as the #911 entry’s driver squad of Matt Campbell, Nick Tandy and Fred Makowiecki ran through their timed practice driver changes.

The 2020 Michelin Pilot Challenge season officially got underway today at Daytona. On a day with no WeatherTech sessions, the Pilot Challenge and Ferrari Challenge cars have turned laps in wet and windy conditions.

Fastest was the #35 Riley Motorsports Mercedes which finished with a 2:02.377 to go eight tenths clear of the field.

Watson on his late call-up

Andrew Watson is a late addition to this year’s Rolex 24 entry, the AMR junior drafted in to replace the injured Paul Dalla Lana in the #98 Aston Martin Vantage GT3. 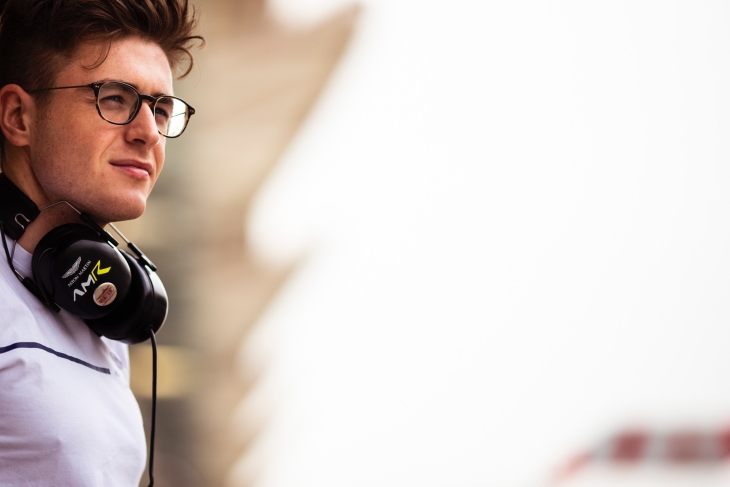 Watson spoke to DSC earlier today and said he got the call last Thursday.

“Honestly, it was all very last minute,” he said. “It was a fun call to get. This is a big thing for me. I’ve never raced in America, so to get the call for Daytona as my first one is amazing. I just want to focus on doing a solid job, you know, not trying to be a hero and prove anything.”

Once he got the news he went for a seat fit and spent time at Base Performance Simulators getting up to speed with the circuit.

“We’re not gonna get that many laps (before the race),” Watson continued. “But, you know, it’s part of being GT driver these days. You’ve got to adapt quickly, but we don’t really care about being the fastest car; we just have to have a solid setup and feel fairly comfortable.”

In the race, Watson will drive alongside the previously-confirmed trio of Ross Gunn, Pedro Lamy and Mathias Lauda.

Michelin’s second season as IMSA’s tyre supplier begins this week at Daytona. For this year’s race, with more sets of rubber deployed at the 2019 Rolex 24 at Daytona than the manufacturer had run in IMSA for the whole of the 2018 season, the development and logistical commitment have been intense.

Michelin has developed both new front and rear tyres for the WeatherTech Championship DPi and LMP2 classes for 2020, with a softer construction to deal with the bumps at some of the IMSA circuits as well as a slightly different compound overall.

Intense data acquisition and, in particular, close GTLM manufacturer collaboration means optimal performance for different cars, teams, chassis and engines. Bespoke soft, medium and hard compound options are tailored to each, though the same Michelin wet tyre is provided for all.

Michelin will bring a total of approximately 12,500 tyres to Daytona this weekend, including approximately 6,000 wets: the 2019 Rolex 24 At Daytona featured more than 10 hours of rain or wet conditions.

In wet conditions, the 31-degree banking at Daytona International Speedway presents a totally unique challenge. The banking dries before the flat infield sections of the 3.56-mile circuit, which produces higher tyre temperatures and wear on the treaded right rear wet tyres, especially on the DPi and LMP2 prototypes as they speed across the drier surface before entering the still wet infield sections of the circuit.

Rick Mayer of Risi Competizione spoke to DSC about the key to setting up a car for the race: “The banking requires a very precise balance of front to rear tyre pressure and damper set-up to find the best mix of turn-in grip and degradation and every driver has a slightly different preference.

“The bias here tends to be more for left-turn cornering, the right fronts getting a particularly hard time on braking and turn-in to the infield, then loading as the car accelerates out of the infield on to the banking.”