Black Swan Racing’s GTD class Porsche 911 GT3 R is at risk of withdrawing from this weekend’s Rolex 24 Hours after a big off in Free Practice 1.

Tim Pappas told DSC after the session that “It’s terminal damage unless we can get the part from Porsche.

“Trenton (Estep) unfortunately had a couple of tyres on the painted line between the apron and banking. He’s new at Daytona, unfortunately, those lines are slippery and it caught him out.”

The part required, Pappas says, is a “front chassis element and clip”. He expressed concern that with it being a new car that there may be limited availability of spares from Porsche. 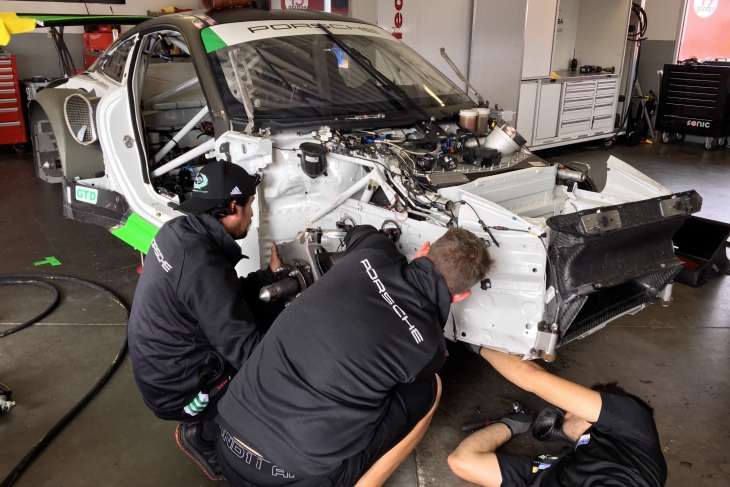 The team is working on the front of the car regardless, with the aim of making the race.

Porsche has spoken to DSC and explained that Porsche is currently analysing the damage with the team, to work out whether or not it can be repaired here.

Should the Porsche not take the start, that would reduce the entry list to just 37 cars (and 17 in GTD), a further record-low for the race.