Meanwhile, the #6 Acura Team Penske ARX-05c finished the session last in class and 36th overall. The team completed seven laps, none of them competitive. Given the fact that the car completed just in laps and out laps, it is likely that the team was simply scrubbing tyres to prepare them for the race.

The best-placed Cadillac was Ryan Briscoe in the #10 Wayne Taylor Racing Cadillac DPi-V.R. Briscoe’s quickest time was a 1:35.467, good enough for fourth overall.

In LMP2, Ben Hanley topped the charts in the #81 DragonSpeed ORECA 07. Hanley was nearly a full one second quicker than the rest of the class with his time of 1:37.418. 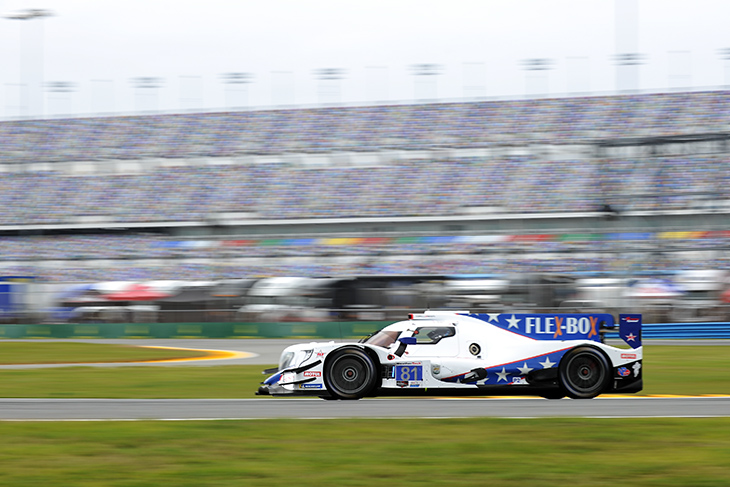 The only notable incident in the session was a spin in the horseshoe for John Farano in the #8 ORECA 07. The car was undamaged and continued without further incident.

With many teams cautious throughout FP1’s conditions, dry tarmac prompted a more spirited showing in FP2 ahead of qualifying later today, though light drizzle threatened times towards the end of the session.

The Silver / Bronze GTD drivers had the track to themselves for the first 15 minutes, Zachary Robichon’s 1:46.093 best of the bunch in the Pfaff Motorsports Porsche 911 GT3 before Robby Foley’s 1:45.921 elevated the Turner Motorsport BMW M6 GT3 to the top spot as the GTLM field emerged. The #96 car would hold its top slot until the end of the class session. 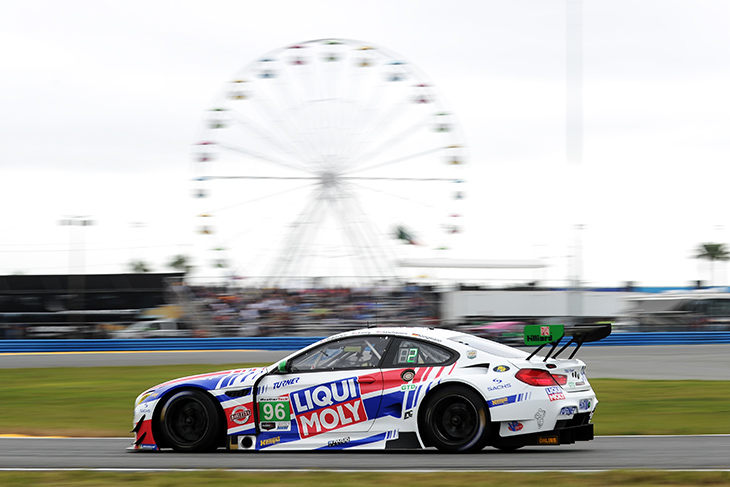 Corvette was punching hard straight out of the box to head the GTLM timing screen 1-2 early on, Garcia in charge in the yellow #3 C8.R. The #4 Corvette’s temporary delay in FP1 was due to an easily remedied electronic sender unit glitch. 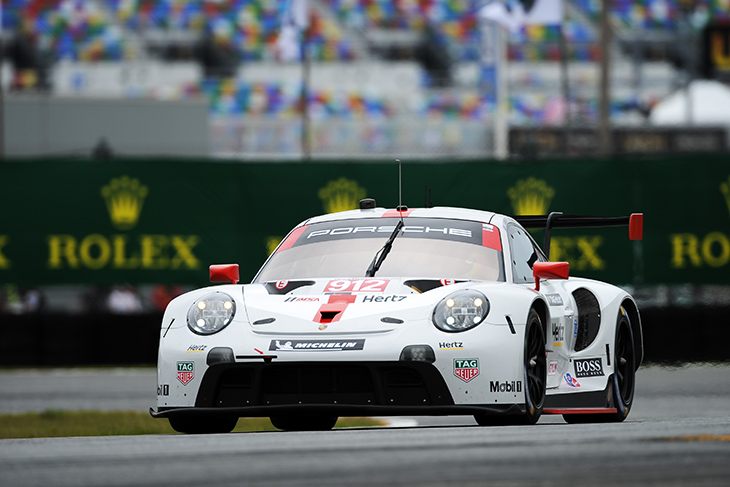 The BMW pairing of Jesse Krohn and Phillip Eng sat fifth and sixth in GTLM, a couple of seconds off the leading GTLM pace, before Alessandro Pier Guidi’s 1:44.639 split the M8 GTEs for Risi Competizione and Ferrari.

With light drizzle threatening lap times in the last half hour, Turner Motorsports still held court in GTD trailed by the Pfaff Motorsports Porsche, but now with a pair of Lamborghinis in tow: Paul Miller Racing’s #48 Lamborghini had edged into the top four in GTD, behind the GRT Grasser car’s time of 1:46.503 set by Franck Perera.

Toni Vilander looked solid for Scuderia Corsa, which edged Trent Hindman’s #57 Acura time into sixth quickest. The GTD top ten covered by just over a second, the only absentee (other than the garaged Black Swan Porsche) was the #14 AIM Vasser Sullivan Lexus RC-F which had turned just two slow laps.

The #23 Heart of Racing Aston Martin and #11 Grasser Lamborghini made an error, taking to the track after the GTD session had ended, a 5-minute penalty applied to their next session, which puts pressure on their approach to qualifying.