Kuno Wittmer has qualified the #3 AWA McLaren 570s GT4 for the opening round of the Michelin Pilot Challenge season. Wittmer’s best time was a 1:52.951 and was roughly half of a second faster than the next best time in the session.

“That was on the limits we timed the gap perfectly with the spotter and the crew was just outstanding they have proven to be so awesome,” said Wittmer.

“It was one of those qualifying sessions where there were a couple of damp places and I was able to get some draft. It’s a McLaren, what can go wrong,” Wittmer added.

Tyler McQuarrie in the #39 Carbahn with Peregrine Racing Audi R8 GT4 ended the session in second. His best time was a 1:53.483 after completing just five laps.

Rounding out the top three was the #4 Winward Racing Mercedes AMG-GT4. Russell Ward set that car’s fastest time in the session.

The familiar names at the top of the charts signal that this year’s Michelin Pilot Challenge is looking likely to be another thriller and remain at the fore when considering competitive support series around the globe.

In TCR, Tim Lewis has qualified the #5 KMW Motorsports Alfa Romeo Giuletta TCR on pole. Lewis’ best time was a 1:59.296. For Alfa Romeo and the Giuletta TCR, this result is a significant breakthrough in a TCR class that is often dominated by Audis and Hondas. 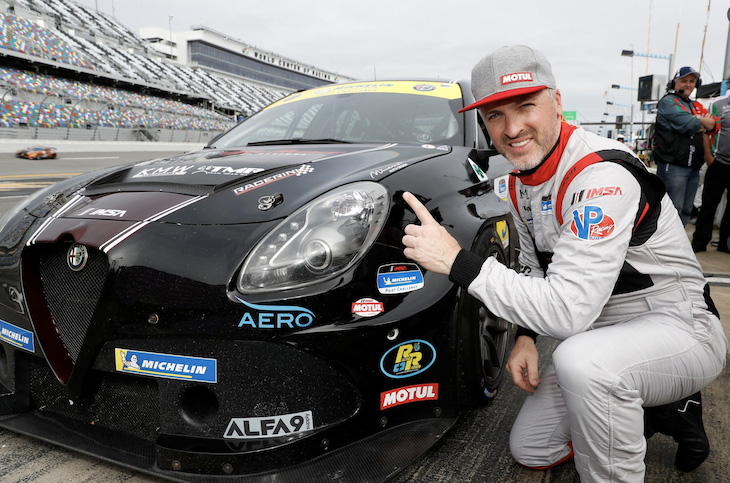 Ending the session in second was Harry Gottsacker in the #21 Bryan Herta Autosport Hyundai Veloster N. His best time was a 1:59.668 and they completed eight laps in the session.