The huge announcement on the convergence of the top class of both the IMSA WeatherTech SportsCar Championship and FIA World Endurance Championship today has left a huge number of manufacturers with plenty of thinking to do.

The opportunity to take one car and compete with it at some of the biggest, most historic endurance races on the motorsport calendar is one that many marques feel will be hard to pass up. But it’s not as easy as just saying ‘yes’, hence the aftermath of the announcement has featured plenty of speculation and discussions amongst key stakeholders and no firm commitments.

In today’s conference were representatives from some of the world’s biggest car manufacturers. Most left the room optimistic, but cautiously so. Many of them had been pushing for months, and in some cases years for a global platform, but until we see the technical regulations in March during the Sebring 12 Hours weekend, whether or not the new LMDh vision fits the criteria outlined by each individual prospect internally is still not clear.

“It’s too early, it would be very arrogant to say anything about manufacturer commitments now,” FIA WEC CEO Gerard Neveu told DSC after the conference today. “Of course we have discussions with OEMs, and expectations but that is internal. Our job is to provide the best conditions to discuss with OEMs and pay attention to what they are looking for. 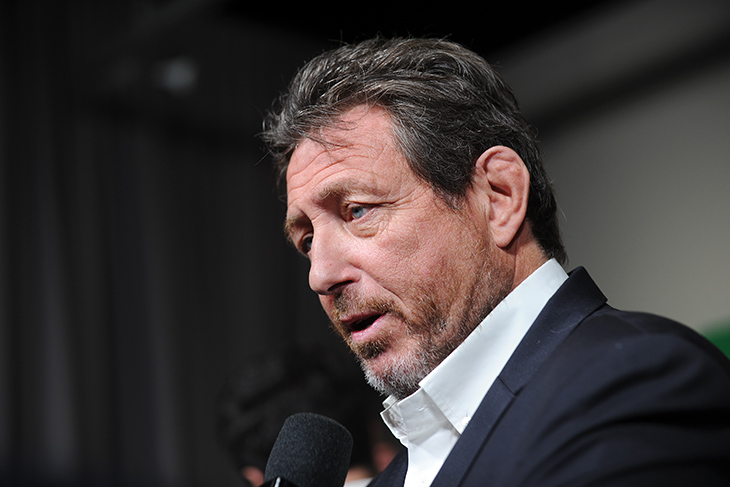 “OEMs want to stay in sportscars, nevertheless we need to make sure the budget is reasonable and that the technology is right. You also can’t imagine manufacturers doing separate programs, one in the WEC, one in IMSA, we have to find a way to do something together or to make it possible to race at major events on both sides of the Atlantic. This is easy to understand.

“If you are a big manufacturer and you want to race in sportscars, your wish is to race in Le Mans, but also Daytona, Sebring, Spa, Petit, Silverstone. With the announcement from today, we have made it possible to do it.

“You will find out more with technical details in Sebring. We have to make sure manufacturers will join us.”

Some manufacturers put out public statements shortly after the announcement, praising the news. Others said nothing at all and declined requests for comment. But here’s something to recognise: it’s been a long long time since that many manufacturers all sat in a sportscar press conference room together, and some of the marques that we know are interested, weren’t able to make it.

Putting all of the reaction together, what have we learned?

Chevrolet/Corvette declined to say anything, citing Cadillac as GM’s brand that’s currently involved and in position to speak about convergence. Cadillac did send out a statement, from Mark Kent, the director of Cadillac Racing which said that “once we obtain further details, we will evaluate if our participation aligns with our company’s future vision.”

The response given to DSC by Acura, Mazda and Porsche were much the same. All three are interested, and full of praise, but will need to wait until Sebring to make any sort of decisions. 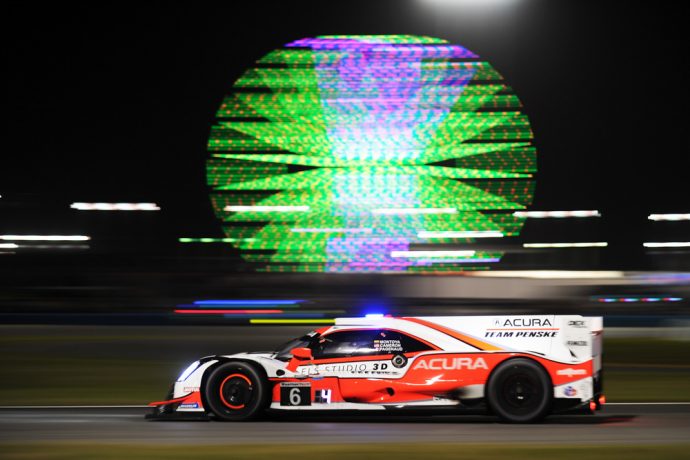 Time is ticking, a major manufacturer head told DSC anonymously that it will need to make a decision by this summer at the very latest if it wants to have any hope of getting a car on the grid for the start of the 2021/22 FIA WEC season when the LMDh formula debuts.

Beyond that Lamborghini, a key manufacturer that has long been rumoured to be evaluating a DPi programme, said to DSC on the record for the first time today DSC that there is potential for it to join.

“We are interested and appreciate what the ACO and IMSA have announced today,” Lamborghini head Georgio Sanna said.

“All the makes including Lamborghini want a global platform, it will be beneficial for everybody. It doesn’t change at the moment anything for us, but we are still evaluating all the opportunities for us in terms of growth in customer programmes and absolutely what we have heard today is a significant step.”

What about those committed to the current WEC Hypercar regulations? Toyota, Aston Martin and Peugeot (via ORECA) both added to the reaction from afar; as the top brass from the trio were not in the conference room today.

“We want the possibility to improve our road-relevant hybrid technology in WEC and we welcome the chance to test our technology against even more manufacturers,” a Toyota Gazoo Racing spokesperson told DSC. “We are sure this will create even more excitement for endurance fans in the new Le Mans Hypercar era.”

And that tallies with what Toyota’s key managerial and technical staff told DSC last year. It welcomes convergence because it wants as much competition as possible, and a chance to compete in some of the big US races. DSC’s understanding is that Toyota intends to continue with its Hypercar programme (rather than pursue an LMDh chassis) with a two-car full-season effort in the FIA WEC going forward.

Aston Martin meanwhile, broke its silence today and said “Aston Martin Racing is pleased to note that the future of sportscar racing’s top class has been secured and that the FIA, the ACO and IMSA have been able to work together to find a common path. 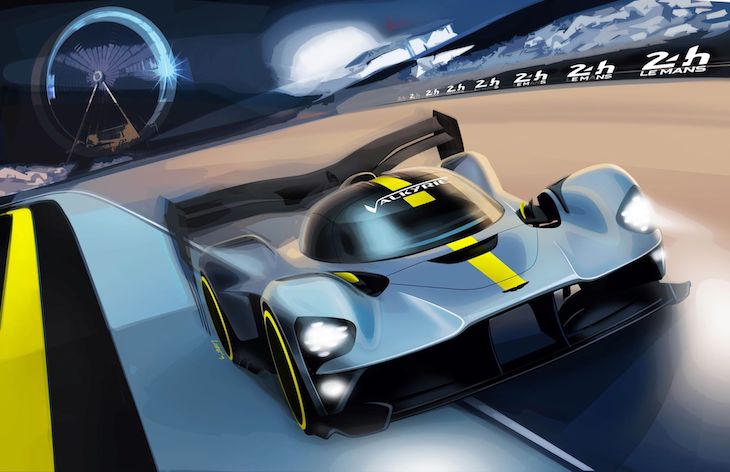 “We await further details of the new Hypercar/LMDh class with interest and look forward to working closely with all parties to ensure that the Hypercar vision retains its proper position within global sportscar competition.”

On the Peugeot front, one item of relevance has emerged, with ORECA’s Hughes de Chaunac and David Floury confirming that the French chassis giant was preparing for potential, multiple, LMDh programmes but would cease forthwith any work on hypercar, a matter of capacity for it. ORECA has made it clear that a decision on Peugeot’s chosen platform was not a matter for him to comment upon, it seems clear that there will be some significant push for that programme to be developed around the LMDh platform. 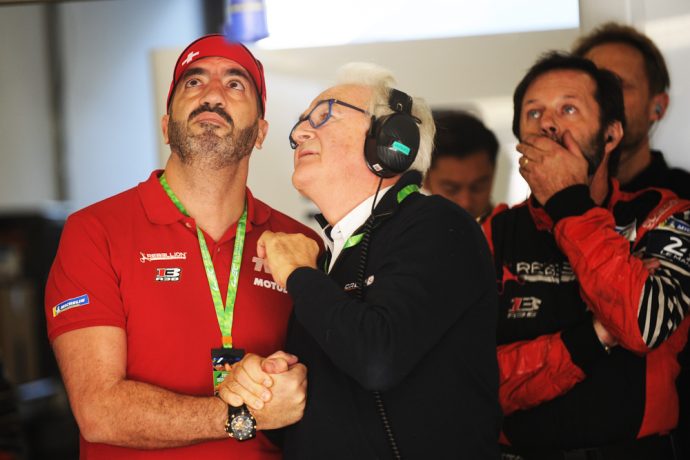 Asked about the potential for customer LMDh cars, de Chaunac offered a clear opinion. The commonality of chassis between the next generation in LMP2, and the new global top-class cars, would present opportunities during the life of the regulations for privateer teams to compete. The cost of doing so looks set to be at a level achievable for a well-funded privateer operation, something that hypercar (and to some degree, LMP1) has struggled to achieve.

As for McLaren, Ford, Lexus and Glickenhaus, who have all played a part in the journey to this point, we await any sort of comment.

“There is still so much to work out, but the important thing is that we have opened the book on this,” Neveu told DSC.

“Based on the level of interest that’s come to us already with this idea of convergence I’m hopeful that many will announce relatively soon, that they’re obviously happy with today,” John Doonan, IMSA’s new president adds. 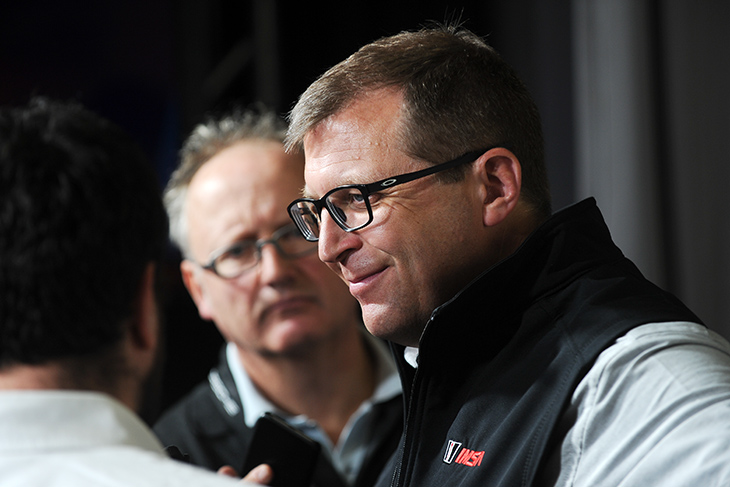