Jim Cox, Jeroen Bleekemolen, and Dylan Murray in the #35 Riley Motorsports Mercedes-AMG GT4 won the Michelin Pilot Challenge race from Daytona after Murray dominated the second half of the four-hour race.

“It’s such a remarkable way to start the season. I can’t say enough about my teammates, everybody, at Riley Motorsports from the shop to the racetrack,” Cox said after the race. 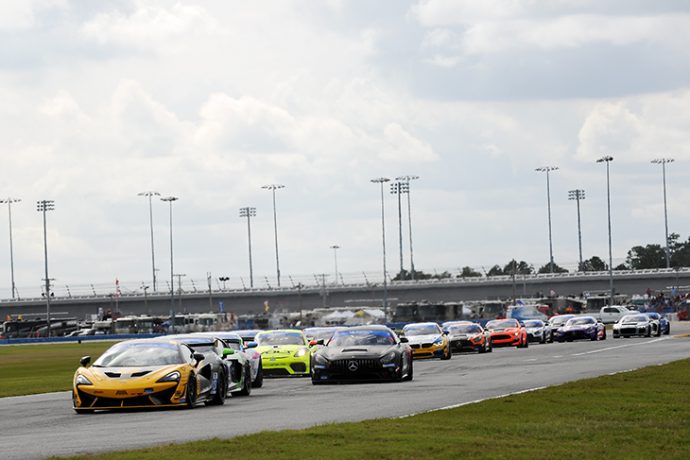 Murray led the entirety of the second half of the race after all of the top GS cars pitted together under Full-Course Yellow near the race’s halfway mark. From that point, the GS cars spent the rest of the race on the same pit stop strategy leaving little room for cars to move up the order with any significance.

The race ended under Full-Course Yellow following an incident involving the #19 Multimatic Motorsports Ford Mustang GT4 of Scott Maxwell. On the run down to the bus stop, Maxwell moved to the lower lane of the back straight to pass a slower TCR car, not noticing an Aston Martin in his blind spot.

The ensuing contact between Maxwell and the Aston Martin sent Maxwell sliding through the grass and into the inside SAFER barrier and tyre bundles. The car flipped onto its roof and Maxwell climbed from the car with assistance from the safety team. 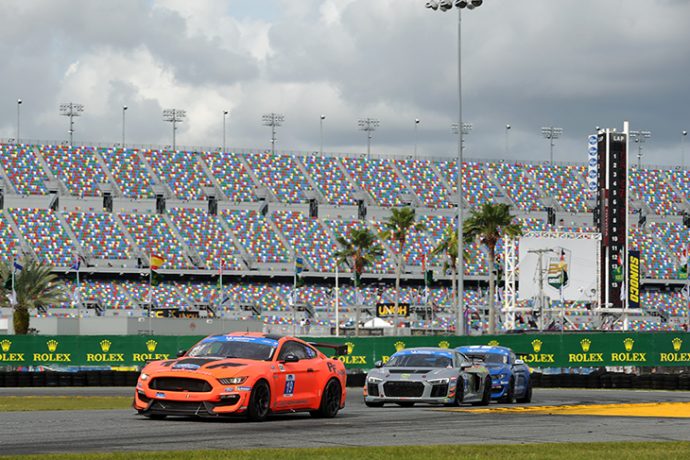 Maxwell was evaluated and released from infield care centre shortly after the conclusion of the race.

The reigning GS champions, Tyler McQuarrie and Jeff Westphal in the #39 Carbahn Motorsports Audi R8 GT4 ended the race in fourth. Their race was clean but the team could ultimately not match the pace of the Mercedes at the fore of the pack. 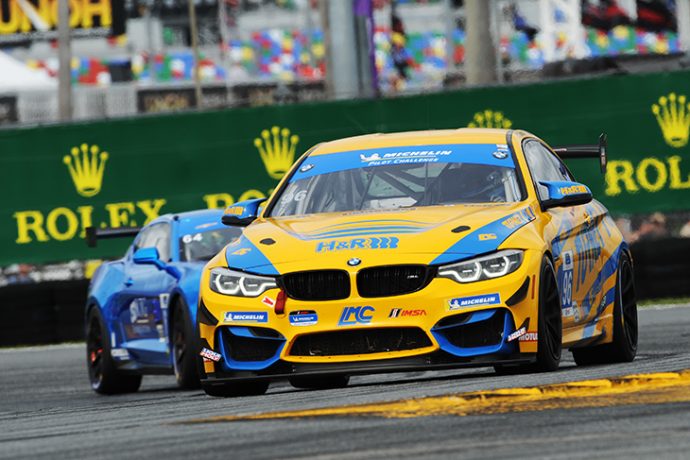 Tyre failures were a consistent theme throughout the race, especially for the #95 Turner Motorsports BMW M4 who had six right rear tyre failures.

Michelin engineers were in consolation with Turner Motorsports to find the source of the problems. A plethora of tests on the tyres still need to be conducted, some of which cannot be completed at the track.

In TCR, Audi secured a 1-2-3 with the #61 Road Shagger Racing Audi RS3 LMS of Gavin Ernstone and Jon Morley took home the win. This win is redemption for Daytona last year when the team suffered an engine failure when they were in prime position to take home a win. 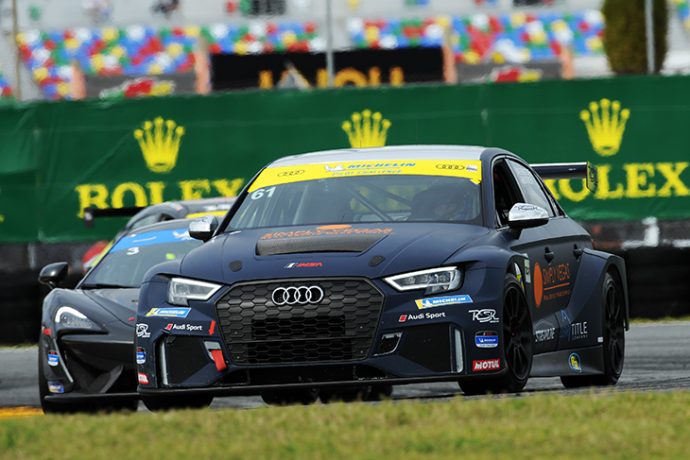 “I don’t have words. We just won Daytona!” Said an exuberant Ernstone who spent the final minutes of the race pacing back-and-forth in the team’s pit area trying not to look at the screens around him.

The #32 Speed Syndicate Motorsports Audi RS3 LMS of William Tally and Mikey Taylor came home in second. The fight for second in TCR was a hard-fought one with the three cars battling for the top spot – all of which bought time for Morley in the #61 Audi to extend his lead at the front of the field.

Helping to round out Audi’s sweep of the podium was the #54 JDC-Miller Motorsports of Stephen Simpson and Michael Johnson.

Audi’s success was far from easy, Bryan Herta Autosport and its contingency of Hyundai Veloster N TCR entries gave Audi a challenge throughout the entire race.

The next race of the Michelin Pilot challenge is at Sebring on March 18-21.