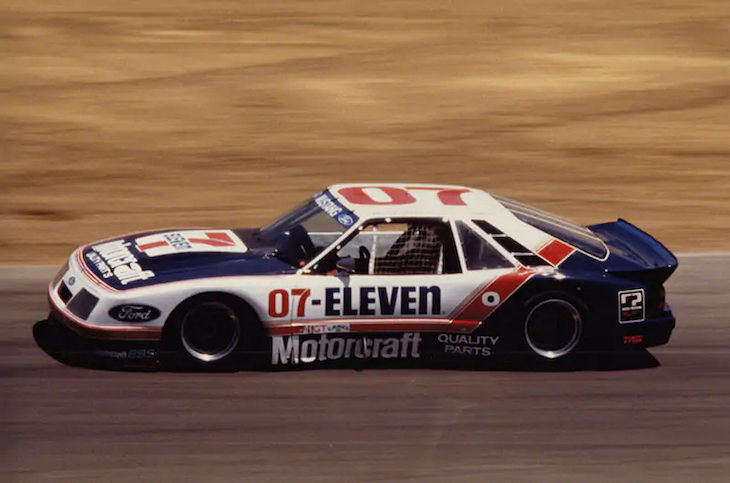 “I have to admit when I got the call, I was shocked that anybody would even remember that,” St. James said. “I still have to honestly say that it looked better on my car than it does on the new one,” St. James added.

St. James is one of nine women to have qualified for the Indy 500 and was the first women to have won the Rookie of the Year award at the race.

Deegan is currently a rising star in the NASCAR ladder and remains one of the few women who compete in the sport. Deegan will run a select number of races in the Michelin Pilot Challenge as well as all races in the ARCA Menards Series.

“I know there are a few other girls racing and there is a lot of great and talented girls coming up in this sport and it’s definitely taken a long time to get there and there is still a lot of room for improvement,” Deegan said when asked about women’s participation in motor racing.

Wayne Taylor Racing’s Ryan Briscoe was presented with a humanitarian award from the Austin Hatcher Foundation for paediatric cancer on Thursday. 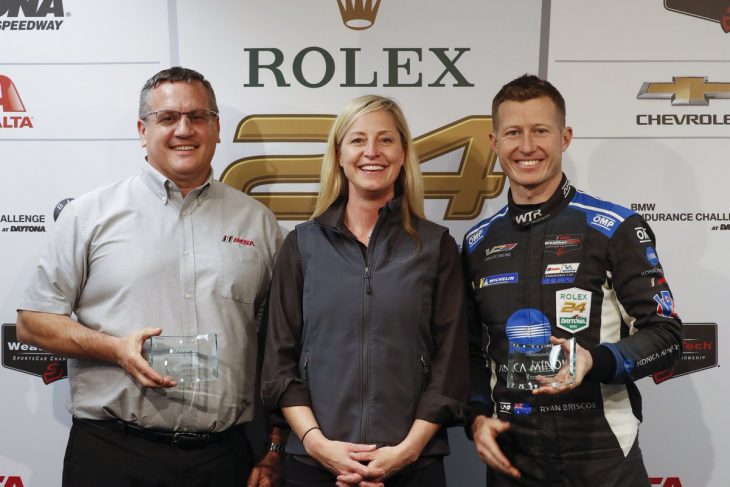 Briscoe made numerous visits to the hospital throughout 2019 including helping to prepare cars in the Pinewood Derby.

“I made a visit to the hospital last year and it’s really great to put smiles on the kid’s faces and the families who are going through such difficult times. To come away feeling like you made a difference is really special,” Briscoe added.

The IMSA series themselves were also presented with an award honouring their significant contributions to the foundation. IMSA has donated $3.1 million to the Austin Hatcher Foundation.

David Pettit, the Vice President of Marketing and Business Operations at IMSA accepted the Platinum Club Award on behalf of the series.

Despite having both of his two sons graduate to factory programmes, Wayne Taylor is keeping his eyes on his sports car programme.

“I’m not Chip [Ganassi] and I’m not Roger [Penske] I don’t have the money or the know-how they have,” Wayne Taylor said.

“I love sports cars and I like to be in an arena that I know a lot about. If I went anywhere else, quite honestly, I have no experience. I’ve been doing sports car racing my whole life so I would just like to have this team,” Taylor added.

“Having none of my kids drive for me so it was a little strange coming into the pits and seeing them in other hauliers. I had been asked by GM early on about would I continue racing without my kids. I don’t know why they asked because I was in racing because I loved it, no matter who was driving,” Wayne Taylor said.

For this year, Wayne Taylor will have Ryan Briscoe, a driver who Taylor and Max Angelelli managed, and Rengar Van Der Zande as his full-season drivers. A lineup that Taylor still believes can “take on anybody.”

Currently listed on the Michelin Pilot Challenge entry list and timesheets as M1, the team will move to the name NTe Sport by M1, owned and run by Paul Mata. 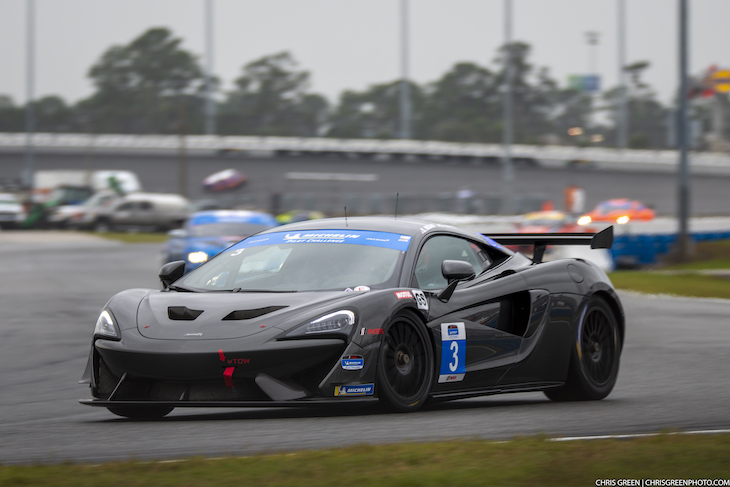 The team took delivery of their new McLaren 570S GT4 within the last two weeks and qualified fifth in today’s 15-minute qualifying session with a lap of 1:54.037

Corey Lewis: “I’m very happy with how our first-ever qualifying session went as a team. A top-five is always promising. I’m optimistic about tomorrow’s race! I cannot thank the whole NTe Sports team enough for their efforts. This is something to be proud of, and I hope we can finish tomorrow’s race a few positions better!”

Sheena Monk: “It’s been an interesting week, just the start of everything. It’s a brand new car for us.

“The team did a fantastic job just putting it together for us, within about two weeks’ time. We didn’t get a chance to run the car beforehand, but here we are at Daytona.

“It was tough for me because the first session was raining so I actually didn’t get in the car because we were assuming that everything was going to be dry for the rest of the week and it hasn’t played out that way.

“We had a little bit of an issue at the start of practice two which lead to only about three laps of the car running, and at that point, they were just installation laps.

“I got in for the short 20-minute practice just to get a feel for the car and what it was like on this track.

“Corey jumped in for qualifying and placed fifth overall, so we’re super happy about that just considering the lack of time he has in this car. I think his experience being here for so many times has really served us well just now. So we’ll see what we can do with that. Hopefully, the weather behaves and we’ll go from there.”