Pole-sitter and Daytona lap record holder, Olivier Jarvis currently leads the race in the #77 Mazda RT-24P by 2.146 seconds and all of the DPi runners have completed their first pitstops without drama. 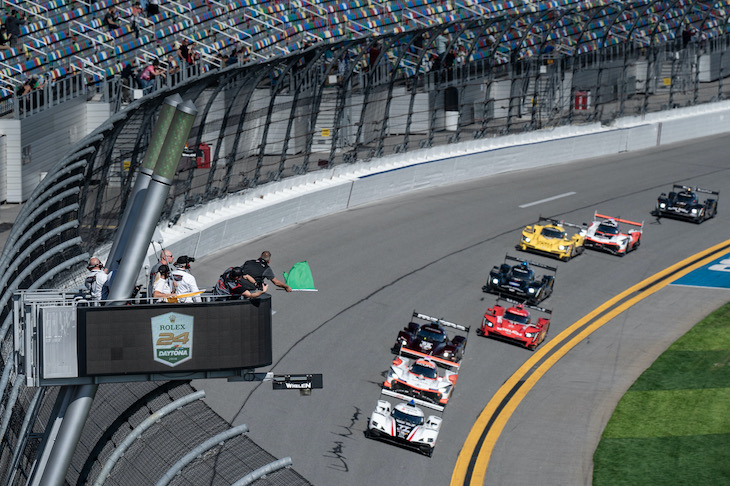 Moving up through the field is Felipe Nasr in the #31 Whelen Engineering Cadillac DPi-V.R. Nasr started the car in fourth and made up one spot on the first lap before passing Juan Pablo-Montoya in the braking zone for the bus stop chicane.

A battle between Nasr and Jarvis seems to likely as Nasr continues to draw ever closer to the back of the #77 Mazda. Traffic is a factor and catching GT cars in the right or wrong place could be the difference-maker in that fight for the overall lead of the race.

Rounding out the top three in DPi is the #6 Acura Team Penske ARX-05c. Montoya is still at the helm of the #6 Acura.

There have been no incidents in DPi and the second round of stops for the DPi field is expected in the next 15 minutes.

Ben Keating in the #52 PR1/Mathiasen Motorsports ORECA has dominated the LMP2 field. The Texan started the car from pole and has not looked back. He has consistently lapped 1-2 seconds quicker than the rest of the LMP2 field and has now built up a lead of 40.834 seconds at the end of the final hour. 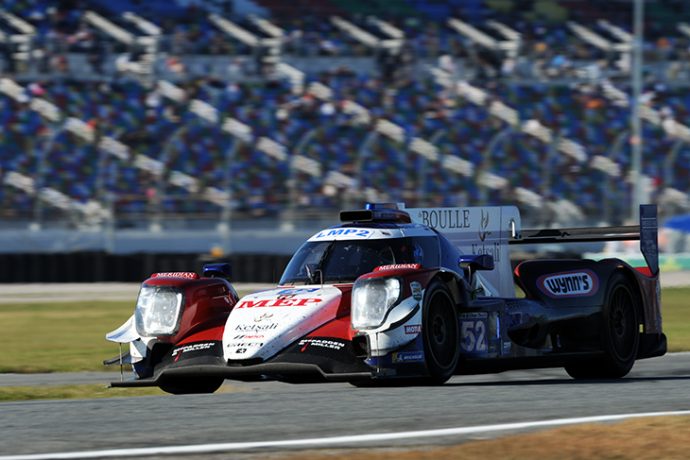 The #52 ORECA was the only car in the class to complete their first pitstop and still come out ahead of the GTLM field. At this rate, the 48-year-old Bronze-rated Keating is looking more like a gold driver in his prime twenties.

Ben Hanley replaced Henrik Hedman in the #81 DragonSpeed ORECA 07 and Hanley has begun to slow the rate at which Keating is pulling away from the field. From looking at the first stint of the day, though, Keating is the gentleman driver to beat.

The #38 Performance Tech Motorsports ORECA 07 is in third with Cameron Cassels at the wheel. Cassels was passed by Hanley and dropped to third in the final 15 minutes of the hour.

One car in LMP2 has been lapped, the #18 Era Motorsport ORECA 07 of Dwight Merriman. The only problem that the car has run into has been the almighty pace of Keating.

There have been no incidents in LMP2 and the race has run without a yellow flag.

Porsche ended the first hour running 1/2, Nick Tandy leading the way from the green flag in the #911, Laurens Vanthoor making his way by the Antonio Garcia pedalled #3 Corvette C8.R to take second in the sister #912, the trio running just tenths apart for lap after lap.  The Corvette though would drop back towards the top of the hot as Philipp Eng took third in the #25 BMW 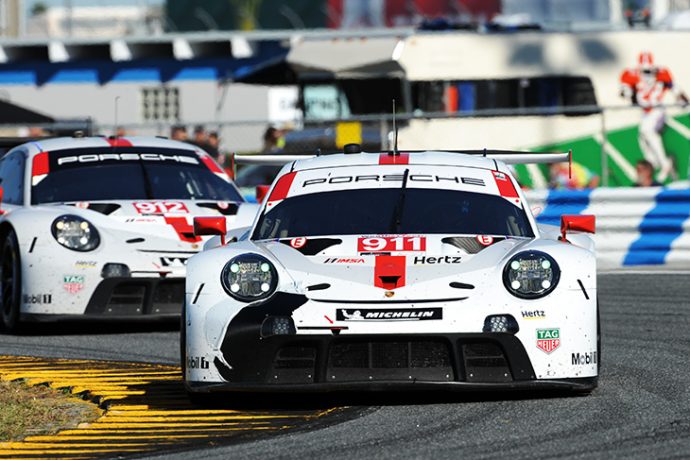 Zacharie Robichon led the entire first hour in the #9 Pfaff Porsche, despite some radio comms issues. He’d be fighting off the very close attentions of Trent Hindman (#57 Acura) and Cooper MacNeil (#63 Ferrari) at the top of the hour, the trio nose to tail at the head of the GTD field. 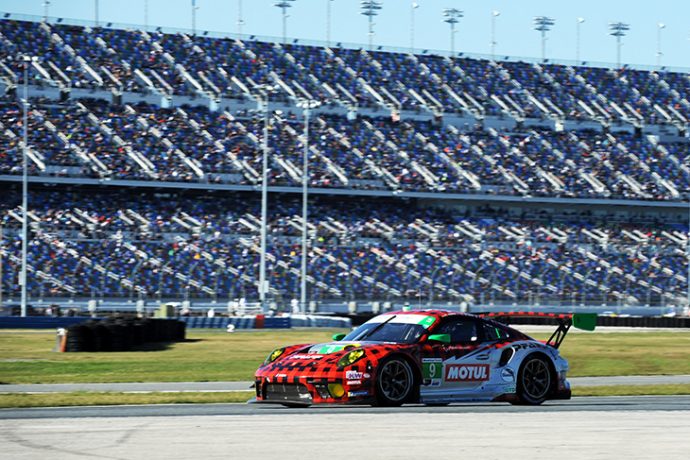