DSC has arrived at Bathurst after the always-awesome road trip across the Blue Mountains, this time in a beautiful Porsche Cayenne, with thanks to Porsche Australia – more on the road trip next week. Deputy editor Stephen Kilbey is joined by Michael Zalavari this weekend for DSC’s coverage of the IGTC season opener.

It’s hot, really hot, trackside, with temperatures around 35 degrees celsius, much hotter than last week’s Rolex 24 event. There is clear evidence of the recent bush fires in the area, with parts of the roadside foliage between the circuit and Lithgow scorched. Thankfully the event is due to go ahead as planned.

On the subject of the bushfires, lest we forget that this week $5 AUD will be donated to charity for every racing lap completed by all #IntGTC entries at Bathurst. Funds will go to the Australian Lions Club Foundation National Bushfire Appeal.

There is a slew of cars new to the event here at the circuit, including the 2020-spec Mercedes making its Intercontinental GT Challenge debut. There are three 2020 Mercedes AMG GT3s taking part in this event, including one of the favourites, the #888 Triple Eight AMG GT3 which features Shane van Gisbergen, Jamie Whincup and Maxi Gotz (above). The team is also running the previous-gen AMG GT3 (#777) in the Pro-Am class, which will make for an interesting comparison.

Of the other cars that are making their Bathurst 12 Hour debut, Garage 59 and R-Motorsport are here with the current Aston Martin Vantages. 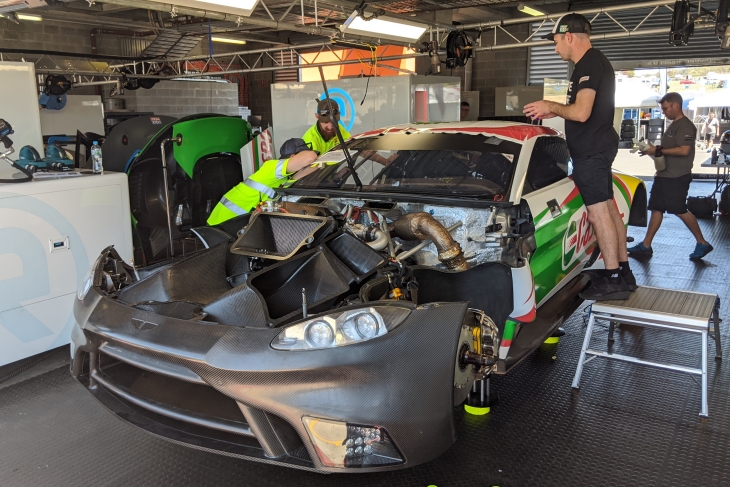 R-Motorsport’s #76 (brand new) Castrol-backed Vantage was having its livery applied for the week when DSC passed the garage.

The McLaren 720S GT3 will also make its debut in the 12 Hour this weekend, though one did run at the circuit in the AGT SuperSprint trial event at the tail end of last year. 59Racing is here with two chassis, one of them new. The 2019-spec Audi is also racing here for the first time this year. The three Valvoline R8s look particularly splendid in their full colours. 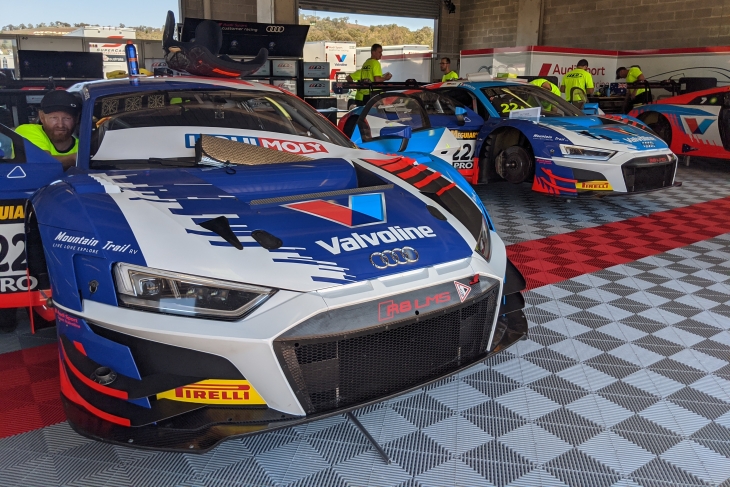 The current-gen Porsche 911 GT3 R is present too, with Absolute Racing, Earl Bamber Motorsport and Grove Racing. It has big shoes to fill after the previous model took a huge with with EBM last year with the old car. 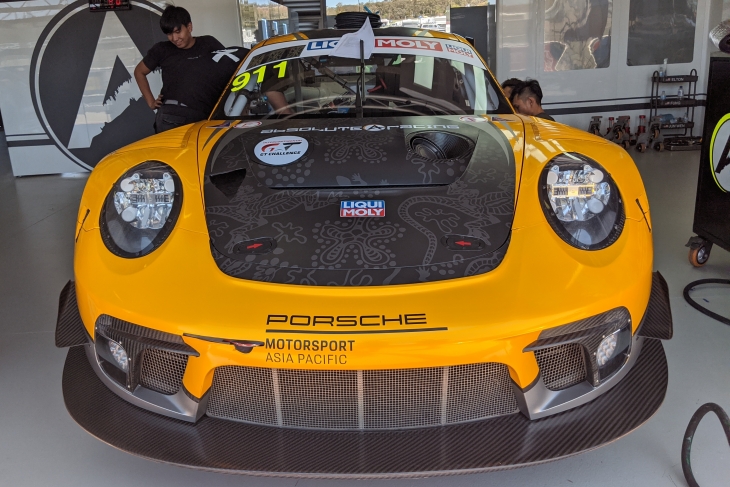 Outside of GT3, the Mercedes AMG GT4 is also making its 12 Hour debut, in the two-car GT4 category.

There are some interesting older cars to note too from DSC’s first tour of the pits.

Bentley’s two Continental GT3s are fully wrapped in the 2020 livery and look stunning. 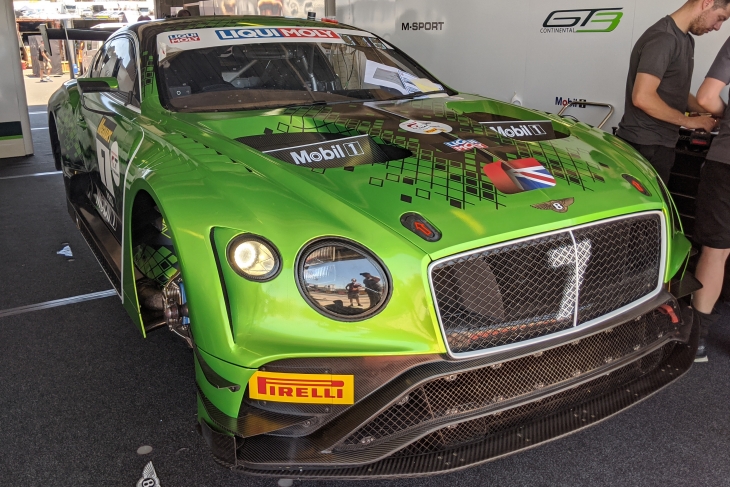 Hub Auto’s Ferrari 488 GT3, which was frantically being prepped this afternoon, is not the 2020-evo model. The team ran a 2020 evo-spec 488 in the Asian Le Mans Series meeting at The Bend earlier this month, but the team will use an older model here.

Walkenhorst’s sole BMW is also of note. The German team had planned to run two cars here as part of BMW’s full IGTC commitment, but its second car has been withdrawn due to shipping issues following the IGTC finale last year at Kyalami. 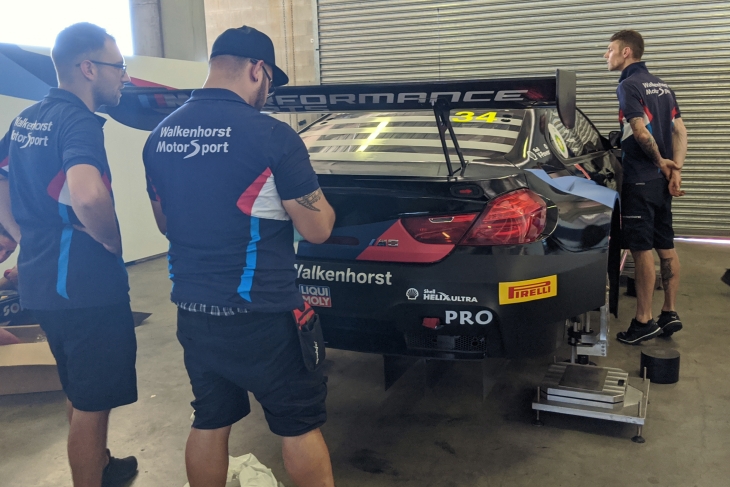 Instead, the team will race with its #34 M6 GT3, which is currently in a very factory-looking colour scheme.

And finally, the four MARC Cars are all present (featured), the MARC IIs still looking sufficiently beefy and ready to take on the mountain again. 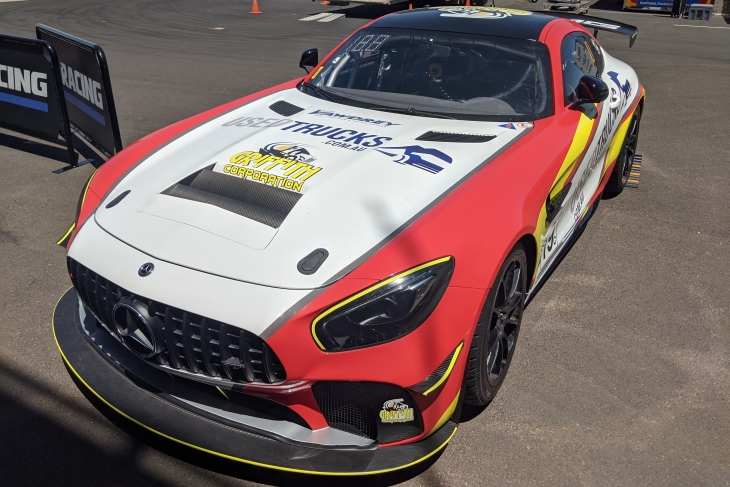 The hugely experienced German joins team owner/driver Mark Griffiths and Rolex LMP2 winner Harrison Newey, who was confirmed in the aftermath of the Rolex 24 weekend.

Garth Walden is jumping into the #96 Hobson Motorsport Nissan GT-R, replacing Jake Kostecki in the car, who has other commitments this weekend. Walden, fresh off a run in an LMP3 car at the Asian Le Mans Series 4 Hours of The Bend, is a former class winner of the 12 Hour in a Holden Commodore in the 2008 and 2009 races. 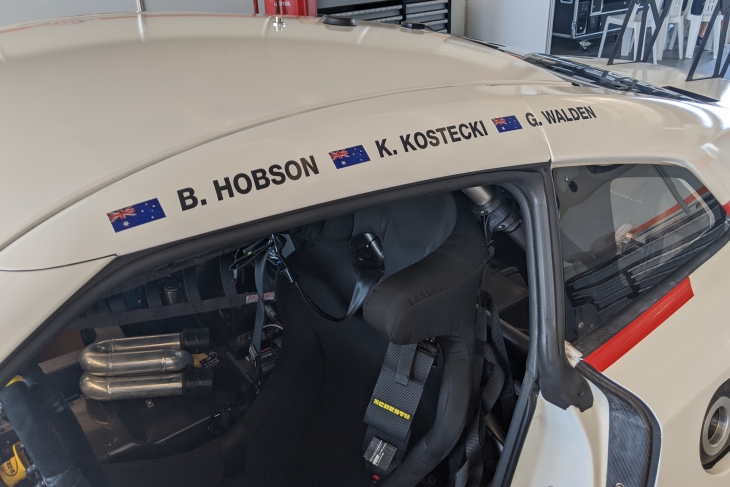 The Hobson Motorsport Nissan GT-R GT3 is the older spec model, while KCMG is running the current model, meaning both the older and newer spec GT-R is running this weekend.

A record number of Rolex drivers

A record number of drivers are doing the endurance double, travelling straight from the 24 Hours of Daytona to the Bathurst 12 Hour this year. 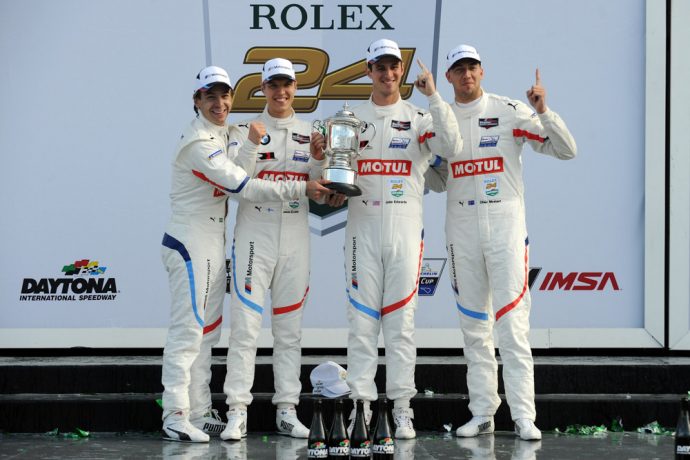 Amongst the entries this weekend are a number of Australian GT Championship regulars. Australian GT entrants contesting the Bathurst 12 Hour in Pro-Am, Silver, GT4 and Invitational classes are eligible to receive points towards the Australian GT Endurance Championship, with a pair of rounds at Phillip Island later in the year.

Supporting the Bathurst 12 Hour this weekend are Aussie Racing Cars, Group S Sports Cars, and Combined Sedans. All three are staples of Australian support categories and will have their share of the stage on Saturday with international live streaming from 12 pm Local time. The Aussie Racing Cars feature a spec, purpose-built space-frame chassis around a 1.3L 125bhp Yamaha engine, weighing in at just over 500kg and capable of reaching speeds of over 200km/h. The cars are available in a variety of body styles, replicating the current Virgin Australia Supercars chassis, as well as body styles modelled after other common Australian cars. The cars last raced at Bathurst supporting the 2015 Bathurst 1000 and could hit lap times in the 2:32’s.

Group S embodies the ‘run-what-ya-brung’ attitude of Australian categories and applies it to a historic format, featuring cars from the ’50s, 60’s and 70’s split into subclasses Sa, Sb and Sc. The series features many classic Porsches, alongside some more boutique machinery such as De Tomaso Pantera’s and Corvettes, in a 45 car field.

There’s plenty of action due to be streamed this year for fans who can’t make it to the race.

Streaming coverage this year is on Kayo Sports / 7plus in Australia and Bathurst12hour.com.au in International markets.