The recent cash woes of Aston Martin have been eased by a deal announced this morning which sees c.£500 million of emergency funding pumped into the company.

Whilst the majority of the funding is coming from existing investors a 16.7% share in the company has been taken by Canadian billionaire Lawrence Stroll after he pumped in c.£182 million.

The deal sees CEO Dr. Andy Palmer (below) stay on with a revised programme and timetable of product launches but current Chairman Penny Hughes will step down once the deal is completed. 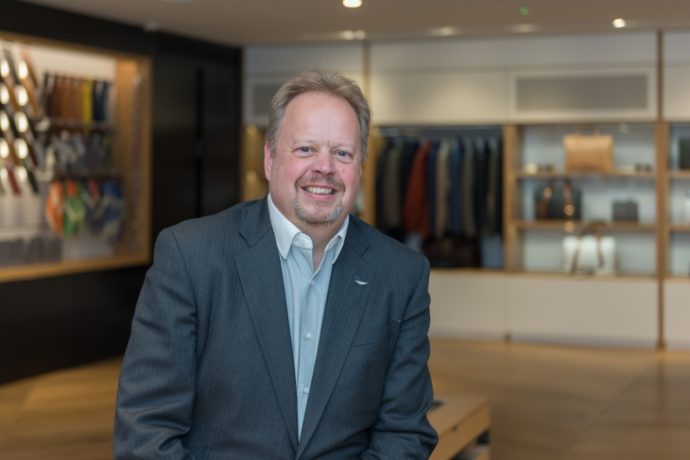 She said: “The difficult trading performance in 2019 resulted in severe pressure on liquidity which has left the company with no alternative but to seek substantial additional equity financing.
“Without this, the balance sheet is not robust enough to support the operations of the group.

“Notwithstanding recent weak trading, the strength of the Aston Martin brand and our expanding portfolio of cars has allowed us to attract a strong new partner in Mr Stroll to support the turnaround of the business.”

The announcement also directly impacts on Aston Martin’s branding presence in Formula One. The co-branding agreement with Red Bull Racing will terminate at the end of the 2020 season with Stroll’s Racing Point team set to be renamed as Aston Martin F1 from the start of the 2021 season.

The re-launch of the Lagonda brand has been delayed until the middle of the decade and the Rapide-E ev project has been canned.

Aston Martin’s multi-level mid-engined road car strategy though will go ahead from 2022 with the Valkyrie project also set to progress.  There is no revised news on the racing ‘hypercar’ programme.

Red Bull Advanced Technologies issued the following statement this morning which relates principally to the roadgoing version of the Valkyrie, the first examples of which are due to reach their customers at the end of this year:

“Following the announcement that Aston Martin’s Title Partnership with Red Bull Racing will conclude at the end of the 2020 Formula One season, Red Bull Advanced Technologies will continue to work with Aston Martin on the Valkyrie project.

“The development of the two-seater mid-engine Valkyrie remains a key project for Red Bull Advanced Technologies, with the first batch of the 150 road-going cars due to be delivered to customers at the end of the year.”