Neither of the M-Sport Bentley Continental GT3s made it out for the fourth practice session this afternoon. 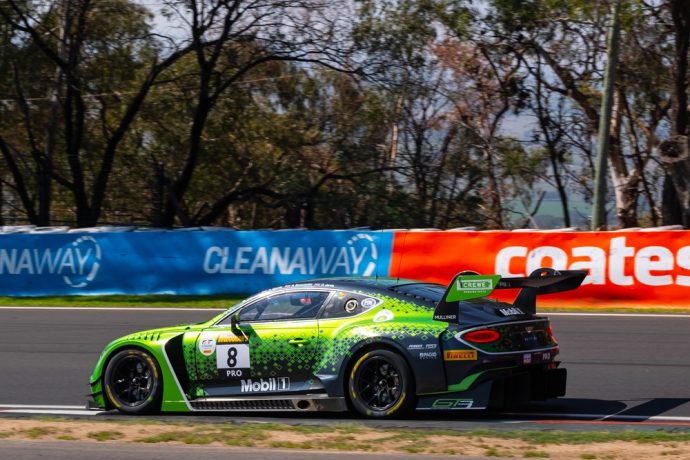 The team discovered a sensor problem on the #8 in FP3 and didn’t get it fixed in time to make the final track session of the day. After solving the problem, the team came minutes away from being able to send it out on track.

The #7 meanwhile, is undergoing a more significant investigation. The team reported to DSC that the car is suffering from an undiagnosed drivetrain problem requiring the team to pull the engine from the car.

A team spokesperson told DSC that the #7 is undergoing an engine change as a result of the issue.

Both cars should be ready to go tomorrow though

It could have been so much worse!

The suspension failure which sent Maro Engel’s #77 Craft-Bamboo Mercedes into the barriers at The Elbow during FP2, didn’t cause too much damage. The car was able to turn (fast) laps in FP3 and FP4.

“Yeah, we had an issue with the suspension,” Engel’s teammate Yelmer Buurman told DSC. “From then on. the boys worked flat out and luckily we managed to do the the next session. Small delay but still not too bad. And yeah, I think it’s it’s running quite right.”

The #35 KCMG Nissan crew weren’t so lucky, Josh Burdon’s FP1 shunt enough to damage the chassis and force the team to withdraw the car. This reduces the entry to 38 cars.

Experience matters so much in the Bathurst 12 Hour, but it will surprise you how well teams with rookies as part of their driver crews have done over the years in this event.

In the GT era of the Bathurst 12 Hour, the best-placed rookie has won the race eight out of nine times. In the year that a rookie didn’t win this, 2014, Maxi Buhk finished second.

There are 38 rookies in this year’s race, will one of them emerge the winner again?

With thanks to David Greenhalgh for these stats!

Is the lap record under threat

The best lap from today came from Shane van Gisbergen, in the #888 Triple Eight Engineering Mercedes AMG GT3. While that is rapid, and the only lap of the day under a 2:04, it’s still a ways off his remarkable lap record from the 2016 edition in this race. 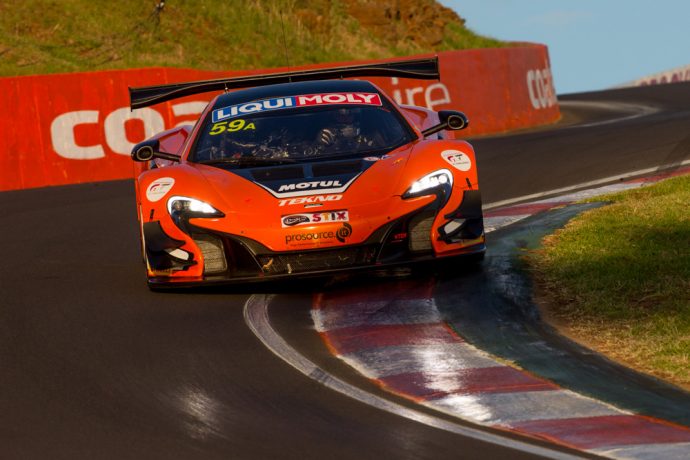 With the trackside temperatures so hot today, and set to stay hot all weekend, it’ll be interesting to see if anyone can come close or better SvG’s time during Qualifying…

McLaren can take a second overall victory at the Bathurst 12 Hour this weekend if it all goes well for 59Racing and its 720S GT3s. 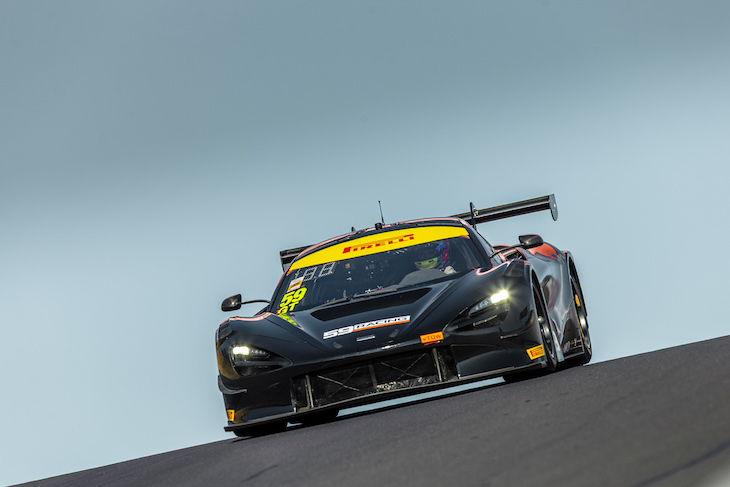 The 650S GT3 took arguably its most important victory back in 2016 with Tekno Autosports, and the Woking-based brand hopes that the 720S GT3 can enjoy the same level of success this weekend.

Supported by the factory, 59Racing’s best hope comes from its brand new chassis which will run as the #60 in the Pro class and be driven by Ben Barnicoat, BMW refugee Tom Blomqvist and the ever-rapid Alvaro Parente.

Ben Barnicoat told DSC that the chassis had turned laps before this week, the car completing a full day of fault-free running at Phillip Island in preparation.

While it is yet to race at Mount Panorama, it should be noted that the 720S GT3 did get track time at the AGT SuperSprint at the end of last year. Barnicoat and Blomqvist drove the 720S GT3 at the event, with Barnicoat coming close to breaking the all-time lap record.

The 2020-spec Mercedes AMG GT3 had its first full day of track action at Bathurst and has been the quickest of the GT3 chassis so far. 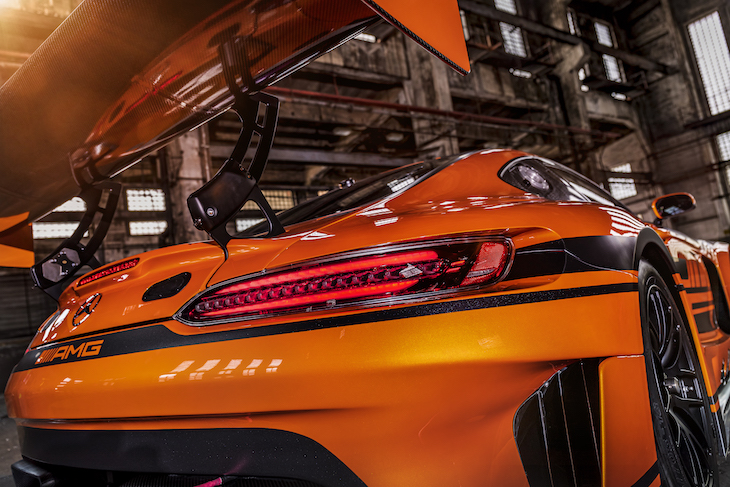 Yelmer Buurman spoke to DSC to give some feedback on the new car, which unusually is competing at the Bathurst 12 Hour in its first year as a customer car.

“The aero balance has shifted a little bit,” he said. “Performance-wise, it’s not a big change, it’s more related to driveability and things like that. You know, small improvements to make sure that the driver is well such as the cooling.”

“We know we have a good car competitive car. We have a great team behind us we have a good driver lineup. So we’re very optimistic going into the weekend. And but as always, you know, it’s a long race. A lot of things happen here. The walls are close.

There’s one final practice session tomorrow at Mount Panorama before qualifying begins. The entire day of track action (including the support categories) can be streamed for free on Bathurst12hour.com.au .

All eyes will be on the Top 10 Shootout session, which is set to start at 17:10 local time.