Aston Martin will return to the Japanese Autobacs Super GT Championship in 2020 for a renewed assault on the GT300 class with its partner team PACIFIC D’station Racing and the Vantage GT3, with factory driver Nicki Thiim joins the effort.

Following a strong debut season for the Aston Martin Racing-built Vantage GT3 in Japan, where it took two Super Taikyu victories, won the opening round of the Asian Le Mans Series in Shanghai last November and showed significant promise in Super GT, PACIFIC D’station Racing returns with a highly competitive package and a statement of intent. 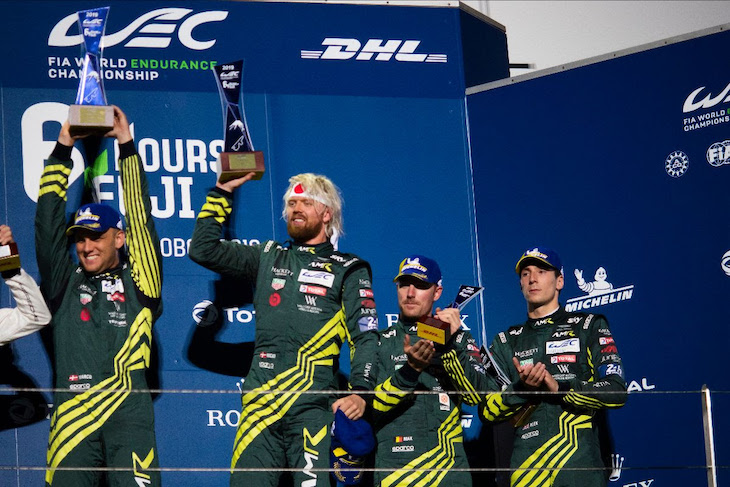 “Japan is one my favourite places to race,” said Thiim. “We won the WEC round at Fuji last year, but also many of the circuits are a serious challenge for the drivers and the country is one of the best we visit. To be able to fight for a title in one of the most competitive GT series in the world with Aston Martin is an honour and a great opportunity. The Vantage GT3 proved how fast it is everywhere last year, and I think with this team we have a great chance to fight.”

David King, President of Aston Martin Racing said: “Our partner PACIFIC D’station Racing has put together a highly promising package that I expect to be able to compete at the front of the GT300 class in Japan. It’s a very important market for the Vantage GT3 to break into and as our customer team expansion continues around the world, I anticipate that success in Japan will help us to capitalise on the interest we are already seeing in the region.”

The first round of the Super GT Championship takes place at Okayama on 11/12 April 2020.