The Autobacs Super GT Series confirmed a list of changes to the series’ Sporting Regulations on Tuesday, including confirmation of the introduction of a Full Course Yellow (FCY) protocol beginning in the upcoming 2020 season.

First announced in November by GT Association (GTA) Chairman Masaaki Bandoh, the introduction of the Full Course Yellow protocol to Super GT is expected to be tested out in the series’ official tests at Okayama International Circuit on 14-15 March, and at Fuji Speedway on 28-29 March.

Once the clerk of the course declares the FCY, a countdown from ten begins, and then all cars on course will reduce their speed to a maximum 80 kilometres per hour. Overtaking is prohibited during the FCY period, of course, and so too is entering the pits for full-service stops (including driver changes). However, cars that have already passed the first safety car line and entered the pit lane prior to the start of the FCY period will be allowed to exit the pit lane freely.

It is also prohibited for teams to serve penalties such as drive-through and stop/go penalties during the FCY period, but just as with routine pit work, any team that has already crossed the first safety car line prior to FCY boards being displayed may proceed and finish serving the penalty.

Any car that is in pit line can be overtaken by other vehicles until they reach the second safety car line at the exit of pit lane.

The introduction of Full Course Yellow will help reduce the number of Safety Car interventions for minor incidents (such as cars stopped on trackside), but if the clerk of the course deems that a safety issue cannot be resolved with an FCY alone, the safety car will be introduced in its place.

The safety car rules have been loosened, somewhat, allowing the pit lane to be opened once the leading car is behind the safety car, all other cars are aligned behind them, and the “Pit Lane Open” message is displayed by race control. However, just as before, teams are not permitted to change drivers in these scenarios, unless they had crossed the first safety car line prior to the deployment of the safety car.

In theory, this will allow for strategic variance, particularly in the series’ sole long-distance race, the Fuji 500km.

In the GT300 class, there are two significant changes to the sporting regulations, including a more aggressive Success Ballast deployment. 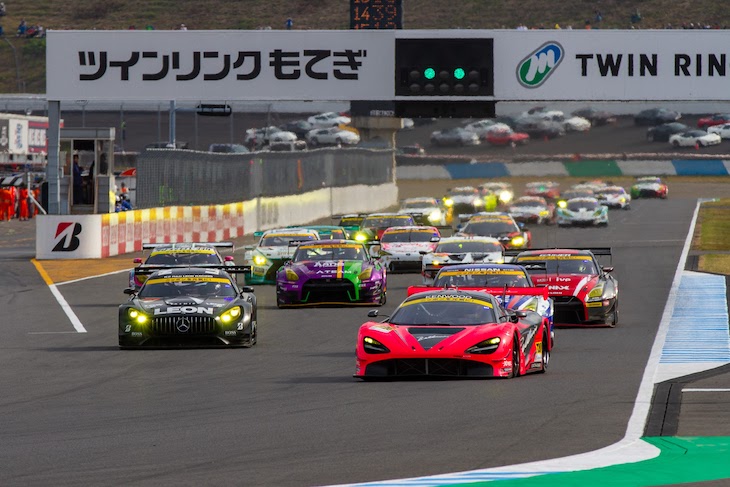 The provisions for Seed Rights in GT300 have not changed, with guaranteed participation in all eight rounds reserved to the top eighteen teams in last year’s GT300 Teams’ Championship, as well as all internationally-based entrants.

Monday’s blockbuster announcement of D’Station Racing and Pacific Racing joining forces with Michelin and Aston Martin this year is understood to be a consequence of D’Station’s former partners, KTR Co. Ltd, selling their participation rights this off-season.

Lastly, across both classes of competition, the race director now has the authority to present a black and white flag to competitors for overtaking beyond the track limits or making avoidable contact while overtaking and can ask the offending car to give the position back, without the need of a special protocol.

There’s little doubt that these new changes in the regulations will be a talking point this season, with a lot of curiosity surrounding how the introduction of the Full Course Yellow will impact racing and strategy come 2020.