Jenson Team Rocket RJN has made the switch from Honda to McLaren and confirmed an entry in the 2020 GT World Challenge Europe season with the 720S GT3 platform.

The team is set to race in the series with a single McLaren. As it stands the drivers are yet to be confirmed and will be announced in the coming weeks. What we do know is that it will not be a Pro entry as RJN has revealed that the car will compete for either Silver or Pro-Am honours.

“Following our hugely encouraging inaugural season in 2019, I’m delighted that 2020 will see the team competing with the McLaren 720S GT3,” Jenson Button said. “Twelve months ago we launched this project with Bob Neville at Team RJN and narrowly missed out on our first podium at the Spa 24 Hours.

“The fantastic commitment of the drivers and the entire team means the foundations have been set from which we can build a very successful programme. The GT World Challenge continues to become increasingly competitive and provides some of the toughest racing in the world. It’s a fantastic place to be for the team and a great platform to help develop young drivers.”

The 2019 season saw the outfit debut in the GT World Challenge Europe championship with a Honda NSX GT3, taking a season-best fourth-place finish in the Silver Cup at the 24 Hours of Spa. 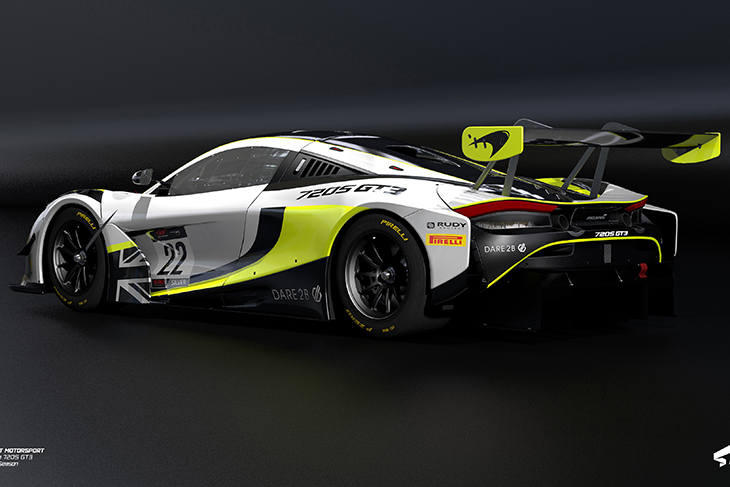 “We start the season again with another new challenge for the team but one that is very exciting,” Neville said. “We very much look forward to getting familiar with the 720S GT3 and working with the McLaren Customer Racing team down in Woking. It’s the perfect start for our 10th year racing with the SRO in their GT Championships and I’m very much looking forward to the season kicking off in Monza.”

Buncombe is optimistic about this partnership with McLaren Customer Racing and says that the team has a goal to forge a long-term partnership and expand the effort in the future.

“I believe that working with McLaren Customer Racing will give us a platform to develop the long term future for this project,” he said.

“It’s no secret that the ambition is to expand to two cars, hopefully, to include a Pro entry and be able to take the team outside of Europe into the Intercontinental GT Challenge in the future. Whilst we are yet to run the 720S GT3, it’s clear that McLaren has done a fantastic job with the car and great to see such a strong start to the season for them in Bathurst a couple of weeks ago.”

For McLaren this news means that two 720S GT3s are confirmed for the full World Challenge Europe season, RJN adding to Optimum Motorsport’s previously confirmed plans. The 720S GT3 will also make its Spa 24 Hours debut with the two British teams as a result.