It’s Asian Le Mans Series race week, with the penultimate round of the season at the Sepang International Circuit now upon us.

The last time we saw the Asian Le Mans paddock in action was at The Bend Motorsport Park back in January. There, DSC’s Michael Zalavari caught up with Anthony Lazarro prior to the race, which was the first at The Bend by an ACO-organised Championship, as the Asian Le Mans Series put a tentative toe in the Murray River to see if the racing waters were welcoming.

Lazarro, racing alongside Guy Cosmo in the #25 Rick Ware Racing Ligier JS P2 Nissan in the LMP2 Am class was the only man on the entry that also raced the last time world class sportscar racing visited South Australia, the American Le Mans Series’ Race Of A Thousand years on New Years Eve 1999.

Back then Lazarro was in the GT class aboard a PTG entered BMW M3 and he came home third in class.

You are the only driver in the paddock who was here the last time ACO racing was last in Australia; the Race Of A Thousand years. Tell us a bit about your experience with that race?

“But it was amazing. I mean, certainly, I tell people my favourite street circuit that I’ve ever driven was the Adelaide street circuit. It was only five years removed from Formula One at that time. 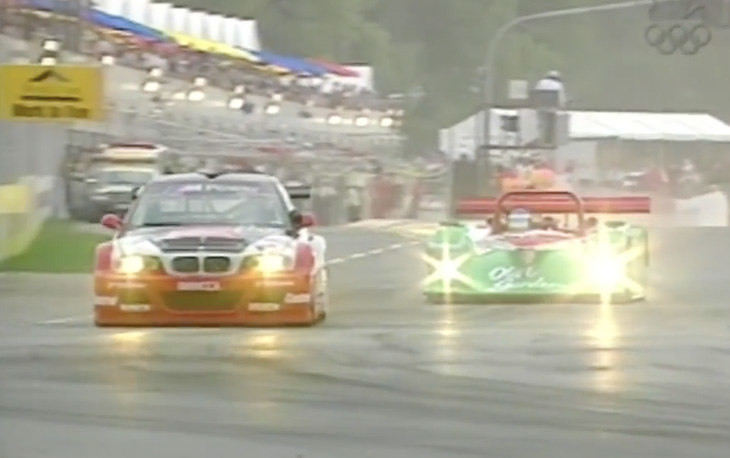 “We came third in a BMW in GT2 class, but it was the people. I say that with all sincerity, Australia had the nicest people in the world.

“With all the fires that are going on and all of that, I flew into Sydney, then Adelaide and when I saw what was happening, you can see it, you can smell it, it’s sad. Hopefully, we can bring a little bit of recognition today.

And what about this new circuit?

“The Bend is an amazing track. Almost too amazing! But it is the people, of Australia, the people of Adelaide are literally some of the nicest people in the world. I’ve had nothing but welcoming since I’ve been here. Very excited to be in this race.

What makes the people of Adelaide so special?

“I’m from the south. My Grandparents are from Sicily, but my mother’s born and raised in Savannah, Georgia.

“Southern People are very friendly so I was raised around that and these people, are they remind me that; very hospitable everybody will do anything they can for you, total strangers. I’ve had many conversations with total strangers about being here, so, it’s just great people.

Conditions, back in 2000 if I remember, were quite warm and on the street circuit, they’re quite difficult. We’re out here today. It’s going to be 30 degrees for the race. Is that something you feel in the car?

“When you’re 56 years old, and you’re a grandfather like I am you feel everything!

“Yeah, this all came up at the last minute to me and I would love to say that I’ve always kept myself in really good shape, but this place will really test the endurance.

“I haven’t been in a P2 car since 2014, I haven’t been racing regularly. Last year I did, I got back into it last year fortunately just because people call, but I did miss a few years of racing. 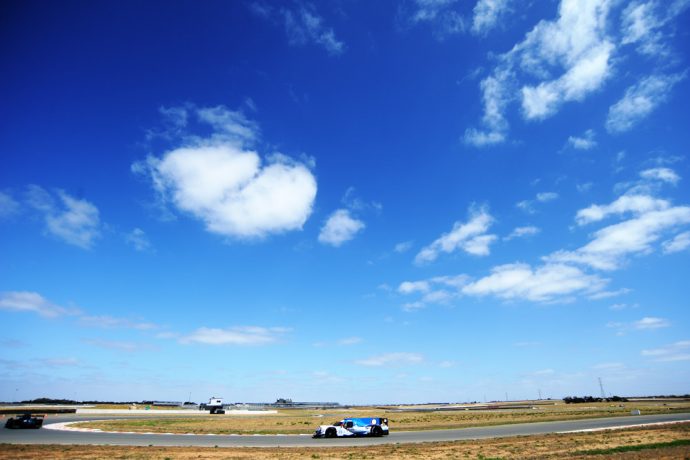 “So, number one I’m happy to be back. This whole driver ranking system, I’m a bronze, has been a thing where people call me to put me in a car so I want everybody to know, I’m a Bronze, I’m available, I have a passion for motor racing, I wanna race!”

Is coming back to a circuit like this significantly more challenging after a break or is it just as challenging as any other track around the world?

“No, I’ll tell you right now The Bend? Probably one of the best tracks I’ve driven in my entire life.

“Yeah, they advertise it as being the second-longest track after the Nordschleife. I’ve never raced there but I’ve been on it.

“I’ve never ever seen a new race track built with so much camber in the turns; it’s very old school. Like me!

“The curbing here is perfect, there are no real out-of-bounds areas on the track other than maybe turn 30 which some people had issues with.

“This is the way racetracks should be designed. Ultimately, it’s got maybe a few too many turns. So for racing it will be very difficult to pass, but for the thrill of a lap and the thrill of driving the track… its really, right up there with some of the best in the world period.”

Is it different having no tarmac runoff and only grass in a lot of areas compared to some of the other tracks have been built recently?

“It is different in a good way. I’m not a big fan of out of bounds and having all the safety net and all of that. Don’t get me wrong, you know, the race cars and everything, safer than it’s ever been, but the driving should be done on the asphalt, not on ‘the beyond the white line, beyond the out of bounds.’

“This is the way tracks have always been built, up until the last 10 years or so. Certainly challenging. High speed, low speed. technical. My neck muscles, again, having not been in the prototype for many years, I went and did maybe 10 races last year total and the neck muscles are what’s going to stand out for me today!”

You are going to be in for a full stint today at least, with traffic and with the heat – Is it a challenge that you’re going to be relishing, or you feel like you might, might suffer at the end of the day.

“[laughs] We will see! it’s a challenge that I relish for sure. I got the call a few weeks ago. I really didn’t know anything other than to check our little friend Google, we can look at some videos and things like that.

“There’s not a lot of this place right now. And let’s face it video did not do it justice. I went in the rental car the other day and the 3 laps that I did, I was like wow, wow, it was amazing, the elevation, the banking. yeah.”

After being out of a P2 for such a long time or a relatively long time did it feel any different stepping back in, even though these are the similar spec cars from when you last in them?

“It’s a very similar feel, I’m proud to say my last, not my last P2 Race but my last race of real significance, in a Michelin tyred proper P2, was the Petit Le Mans Race of 2013, we came second and I was driving with none other than David Brabham!

“It’s very similar to that but even the Honda back then was an older design; it was really 2008 spec car that lasted longer than it probably should have.

“The Ligier [JSP2] to me is a new car compared to what I drove in the past. Certainly, the new P2 cars are on a level… actually a level that P2 should be, the kinda horsepower that I though P2 should be.”

Is it different having guys like Gustas (Grinbergas (pictured below)) come up behind you at 16 years old and at the beginning of his career, is that different? is that a new experience for you?

“Okay, so my my teammates in the other car, their combined age is still 16 years less than me. So you some simple math like that. It’s crazy. I’m 56 years old. I have two kids, two step-kids and a granddaughter. when I say kids, my kids, my youngest is 23.” 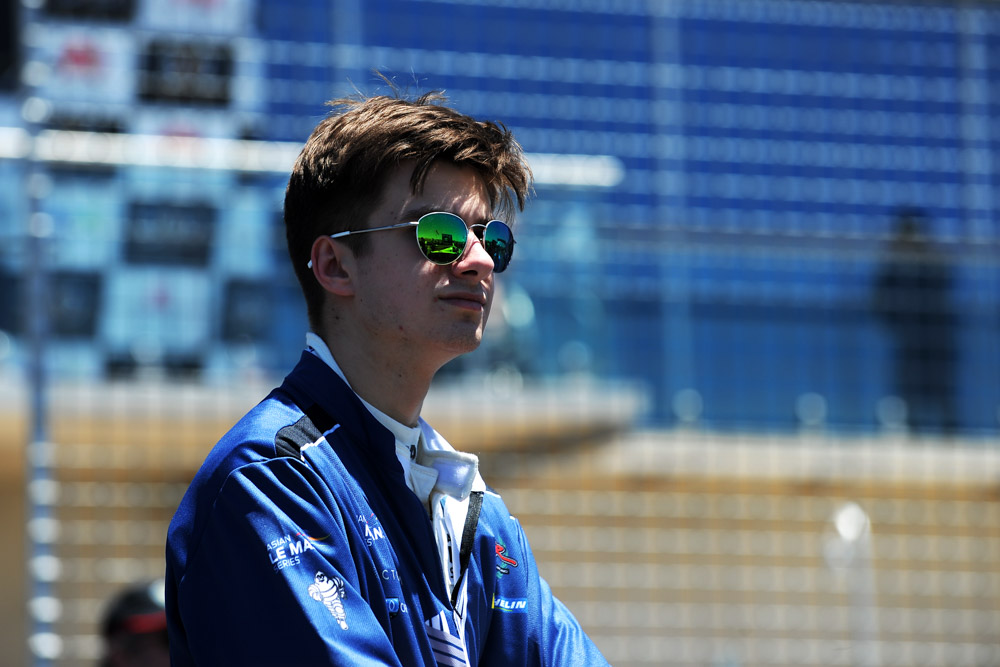 What’s your plans further from this? So you’re here today for this race, are you continuing with Rick Ware Racing?

“We should be finishing the Asian Le Mans series at Malaysia and Thailand with Rick Ware Racing. I’m in Atlanta Georgia they’re North Carolina I’ve raced NASCAR stock cars I just met Cody the other day but we get along like peas and carrots and I look forward to meeting Rick, I haven’t met his father yet but certainly, he’s an awesome guy.

And despite the heat Lazarro and team-mate Guy Cosmo came home a strong second in class, completing a Rick Ware Racing one-two.