The #45 Thunderhead Carlin Dallara has taken victory in a topsy-turvy race at Sepang, an event that saw the start delayed by 100 minutes by a hugely violent election storm as the cars formed up on the grid.

That saw multiple lightning strikes around the circuit which knocked out TV, Communications, timing and lighting, three camera operators had very near misses with one being thrown to the ground from an elevated camera position after a direct strike on the platform. All are reported to be thankfully OK. 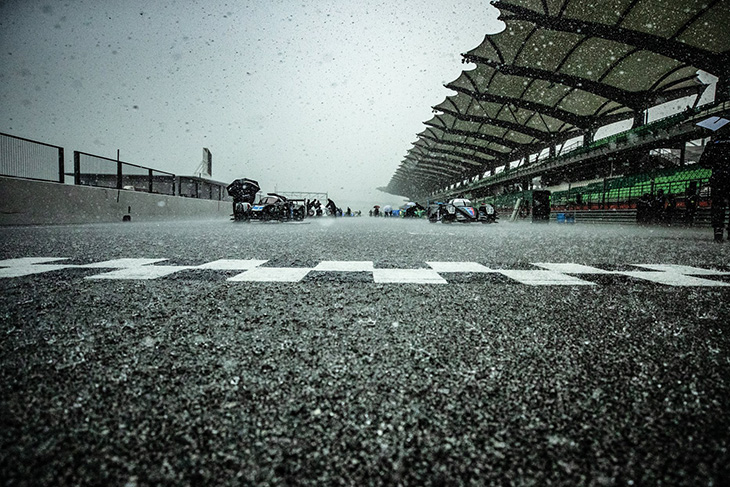 The #36 Eurasia Motorsport Ligier took victory at the line, however, the team received a post-race penalty for failing to follow instructions from race control to repair the rear lights of the Ligier JSP2 with 5 minutes remaining in the race.

A drive-through converted into a 36-second post-race time penalty turned a 25-second deficit into an 11-second victory for the Thunderhead Carlin team, marking their first win in ACO competition, this only the second-ever race win by the LMP2 version of the Dallara P217.

The #26 G-Drive by Algarve Aurus 01 took third after mid-race contact from an LMP3 caused damage to the cars cooling and braking systems that could easily have ended the championship leader’s day.

Ben Barnicoat drove the stint of the race through the middle period, overcoming a 15-second margin to pass Roberto Mehri in the #36 Eurasia Motorsport Ligier with 90 minutes remaining. However, unlucky timing of a Full-Course-Yellow just after the #45 Thunderhead Carlin Dallara’s pit stop gave the advantage back to the #36 Eurasia Motorsport Ligier. A 5-second lead transformed into a 39-second deficit.

Harry Tinknell reduced the damage to around 20 seconds and Jack Manchester ran to the finish, at times reducing the deficit further but keeping the #36 close enough to render the eventual penalty a re=ace-deciding margin.

That negated the efforts of all three Eurasia drivers with Aiden Read, in particular, putting in a strong drive to reduce the impact made by Tincknell, and then to fend off Manchester’s late-race charge.

Arguably driver of the race was Shaun Thong, the #96 K2 Uchino Racing ORECA man producing a standout drive that saw the Japanese LMP2 entry lead the race convincingly before dropping back into the pack after a long pitstop, Thong pushing again in the final stages of the race to put the G-Drive effort under pressure.

Another car to lead, at the start of the race, was the `£1 Eurasia Ligier, Daniel Gaunt producing another pirated drive until a front hub failure put the car into the garage and eventual retirement.

A controlled drive from the #9 Graff Norma M30 of David Droux, Eric Trouillet, and Sebastien Page eventually took the victory by a lap over the #3 Nielsen Racing Norma M30, the Charles Crews, Rob Hodes and Garett Grist-pedalled effort running very strongly throughout, interrupted by a drive-through for a pit entry speeding violation. 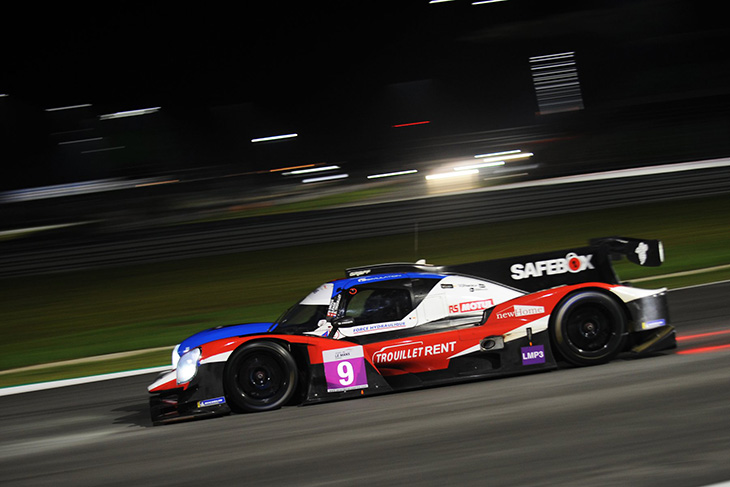 The Graff team managed to take their timed stops early in the race, making their last timed stop in a FCY with 90 minutes remaining. As the teams ahead took their final timed stops under green-flag conditions, the #9 Graff Norma moved to the head of the field, taking a comfortable victory.

The #13 Inter Europol Competition Ligier JSP3 of Martin Hippe and Nigel Moore completed the podium but was under real threat from a charging Colin Noble in the second, #2, Nielsen Norma in the closing stages. The #13 had been in early trouble with the re-race downpour having damaged electronics requiring a stop that would drop the car off the lead lap and to the back of the LMP2 field

The Scot had made his way back from seventh position in a stellar stint, only to drop out of podium contention with a step and one-second hold for a short pitstop by team-mate Tony Wells, the car would come home fourth and remain solidly in title contention with the #13

The second Graff car, the #8 Norma, led convincingly early on in the hands of Rory Penttinen but later suffered a string of misfortune and misadventure including the hit on the #26 Aurus for which the team were penalised.

The second Inter Europol car had a race that showed pace, but little consistency, the car involved n a number of on-track incidents, one in particular with the #12 ACE 1 Villorba Corse Ligier of David Fumanelli that dropped the car out of a three-way podium battle with the #13 and #2.

Particular mention should be made of the home-town heroics of the #65 Viper Niza Racing Ligier, the car led the race for quite some time in the hands of Dominic Ang but fell back to the tail of the field after becoming one of a number of cars to fall victim to a trip into the garage to fix a non-illuminated number panel.

Problems for the #77 D’Station Aston Martin saw repairs and fixes on the door number panels, dropping them away from the lead until the car stopped late in the race, the gearbox broken. 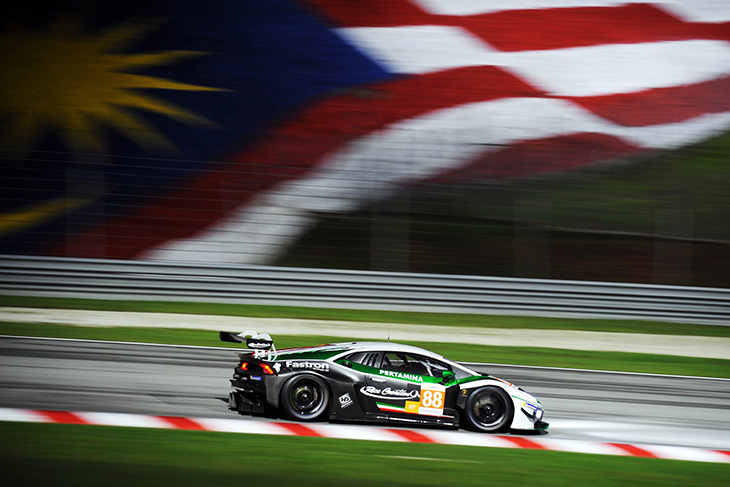 It was looking like an assured #27 HubAuto Corsa victory, until a 60-second Stop-Go penalty for speeding under FCY over an hour prior was given to the team, relegating the Ferrari to second. This allowed the #88 JLOC Lamborghini, that had led earlier in the race, to take victory, with the #51 Spirit of Race Ferrari rounding out the podium after a quiet race for the Piovenetti/ Negri/ Pier Guidi combo

The #52 Rick Ware Racing Ligier won in LMP2-Am, after both Rick Ware Racing cars suffered off-track excursions and extensive pit lane repairs. Ultimately, the #52 car was the last classified finisher, with the #25 not achieving classification at the line. This confirms the LMP2-Am championship for the #52 car, and thus a 2020 Le Mans LMP2 invite for Rick Ware Racing. 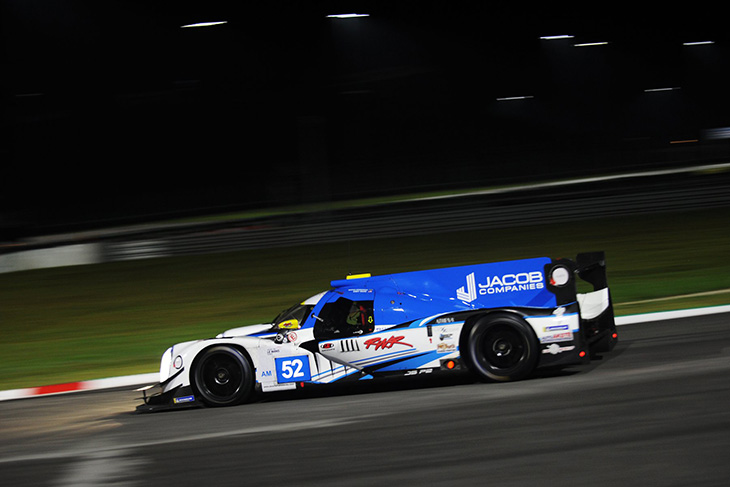 The Asian Le Mans Series concludes it’s 2019-2020 championship next weekend in Thailand, with the 4 Hours of Buriram.