Hoppy Team Tsuchiya on track for 2020 with Porsche

Together the team announced that they will enter the 2020 season as Hoppy Team Tsuchiya, with Ishiwatari buying into the legendary privateer team as a part-owner alongside second-generation team boss Tsuchiya. 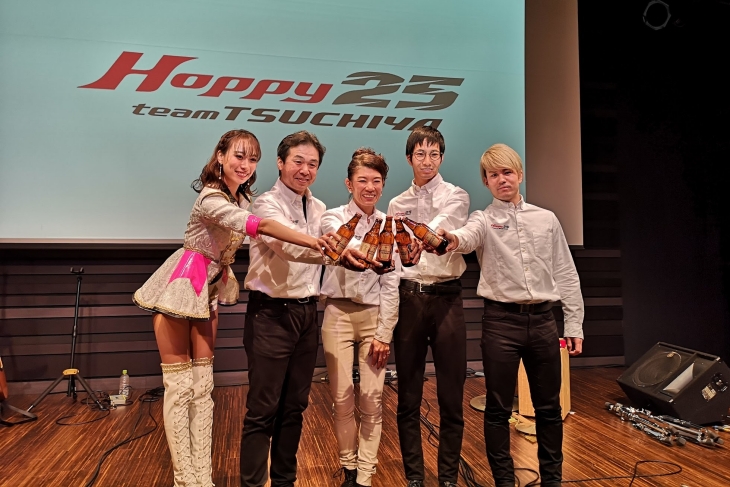 2016 GT300 Champion Takamitsu Matsui and Kimiya Sato will return for 2020 as the drivers of the #25 Hoppy Porsche 911 GT3-R 991.2, which arrived at the team’s headquarters in the town of Fujisawa just a few days later. Matsui and Sato only scored two top-five finishes last year in the final tour of duty for their Toyota 86 MC, despite a series-high three pole positions.

This past week the Hoppy Porsche underwent its first shakedown tests at Fuji Speedway. The team will continue their relationship with Yokohama tyres in 2020.

While one team has moved on from the aging JAF-GT Mother Chassis platform this year, another hopes that a Toyota 86 MC will be the car that they win races with in 2020.

INGING Motorsport – a name with a rich and successful history in Japanese motorsport over 25 years – announced they will field a Toyota 86 MC this season. Partnering with brake manufacturer Advics and apparel maker Muta Japan, the team will enter as “Advics muta Racing INGING”. 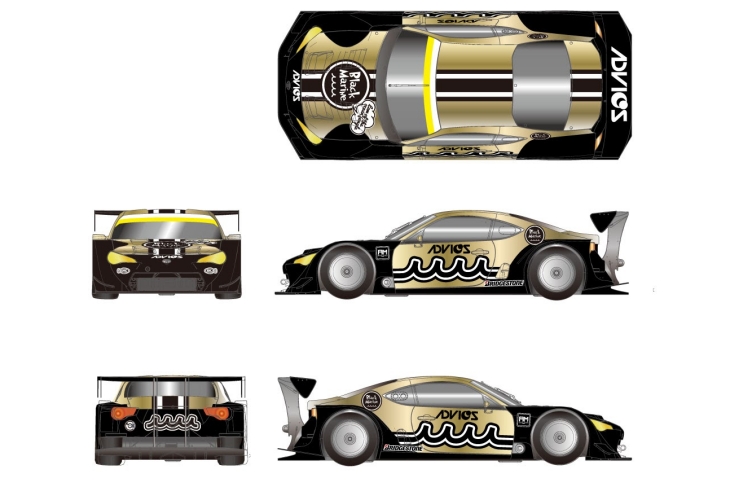 The black and gold ADVICS muta MC86 will also carry the number 6 – the number used by Team LeMans until the end of 2019, and the number INGING used when they debuted the Esso Tiger Toyota Supra in the 1998 JGTC season (before that car was effectively taken over by Team LeMans from ‘99 onward). Their MC86, used previously by Panther arto Team Thailand in 2017, will also run with Bridgestone Potenza tyres.

Toyota announced Toyota Gazoo Racing Driver Challenge prospect Kazuto Kotaka as one of their drivers, and now it is confirmed that the 20-year-old rookie will race alongside 45-year-old Ryohei Sakaguchi, a five-time Super Taikyu champion and veteran of 48 Super GT starts since 2006. 24-year-old rookie Yuui Tsutsumi steps up from Super Taikyu and will be the team’s third driver.

Leading the team will be chief engineer Kotaro Tanaka, the championship-winning race engineer for Team SARD in the 2016 GT500 class, who will work alongside team principal Tomohiro Yamamoto, the former chief engineer at Team Mach.

Fukuoka-based privateers Team Mach are preparing their own Toyota 86 MC for a return to the Super GT circuit in 2020. Team owner Tetsuji Tamanaka confirmed his team’s intent to race via his Facebook page this past week. 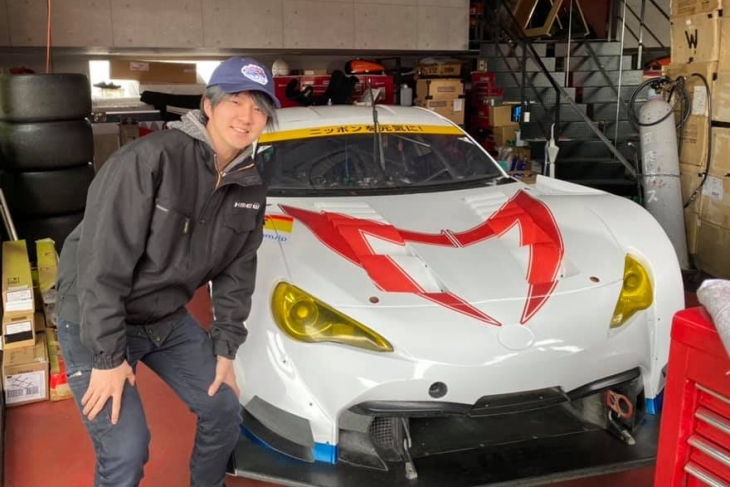 For the fourth successive year, local son Natsu Sakaguchi will be the lead driver of the #5 Mach Syaken MC86. He and Yuya Hiraki led Team Mach to their first podium finish in 15 years and their best-ever Super GT finish last May, when they finished 2nd in the Suzuka 300km.

This now makes a total of three Mother Chassis entries (including the Lotus of Cars Tokai Dream28), down from five last year and six the year prior – undoubtedly a blowback of BoP concerns and a lack of clarity on the engine that will succeed their current batch of GTA-badged ex-Nissan 4.5 litre V8s.

Sakaguchi’s co-driver for 2020 is yet to be announced.

This week, 2018 GT300 Champion squad K2 R&D LEON Racing will race the new Mercedes-AMG GT3 EVO in the upcoming Super GT season and confirmed that drivers Naoya Gamou and Togo Suganami will remain with the team this year. 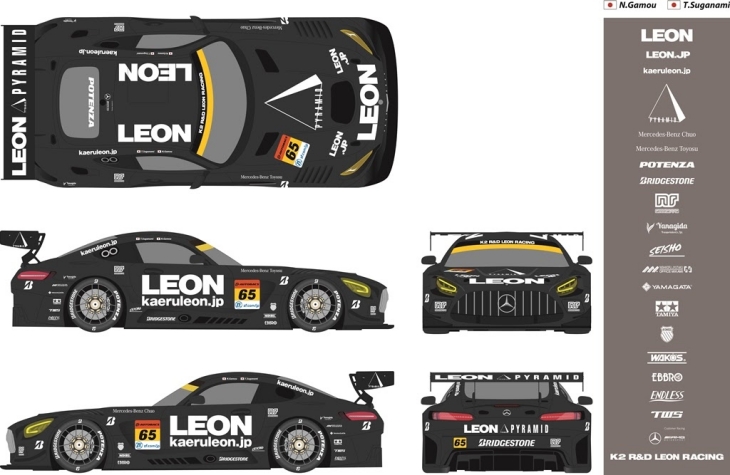 This will be Haruki Kurosawa’s first full season as Team Director at LEON Racing. Kurosawa stepped away from full-time driving duties at LEON Racing mid-way through the 2019 season.

Last season almost saw the young duo of Gamou and Suganami win the season finale at Twin Ring Motegi, before running out of fuel on the final corner of the final lap. Even still, Gamou finished 5th in the GT300 Drivers’ Championship, and the team were 6th in the Teams’ Championship. 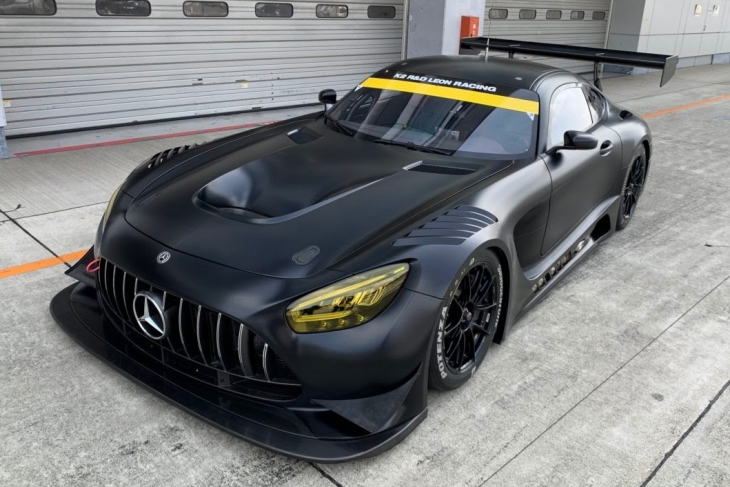 Now with the rapid 30-year-old Gamou fully entrenched as the team’s ace driver, and 24-year-old Suganami getting a full season after an impressive three-race slate in 2019, K2 R&D LEON Racing are anticipating another strong season at the front of the GT300 grid.

They’re the third confirmed entry to use the new Mercedes, after Goodsmile Racing & Team UKYO, and privateers Arnage Racing – who are yet to announce their drivers.

Wako Chemical Co. Ltd released the livery of the #14 Wako’s 4CR GR Supra that will be driven by 2019 GT500 Champion Kazuya Oshima and Sho Tsuboi this week. 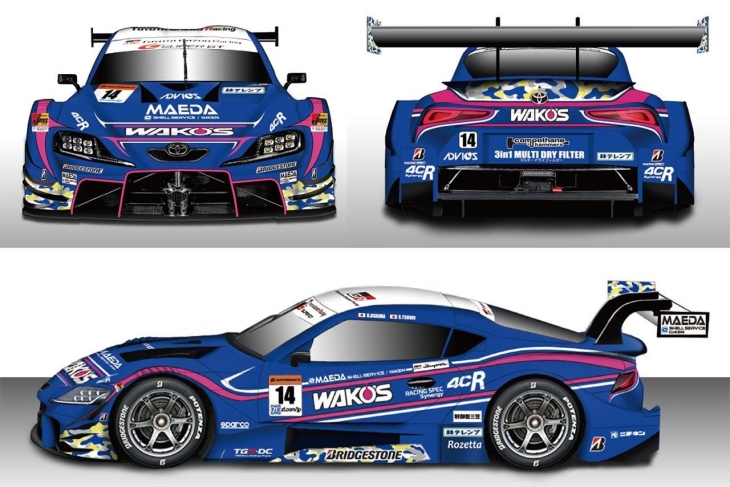 As previously confirmed, the car will be operated by Team Cerumo under the banner “TGR Team Wako’s Rookie” – as Rookie Racing, originally founded as a privateer team in Super Taikyu by Toyota CEO Akio Toyoda, will now have a presence in GT500 and Super Formula in conjunction with Cerumo.

The name of the team is inspired by Toyoda’s pet terrier, Rookie.

Major shakeups at the engineering departments of TOM’s, SARD, ARTA

Announcements on the engineering side of the Super GT paddock aren’t as highly publicized, but of the ones we know of in 2020 there have been a few intriguing changes this year. 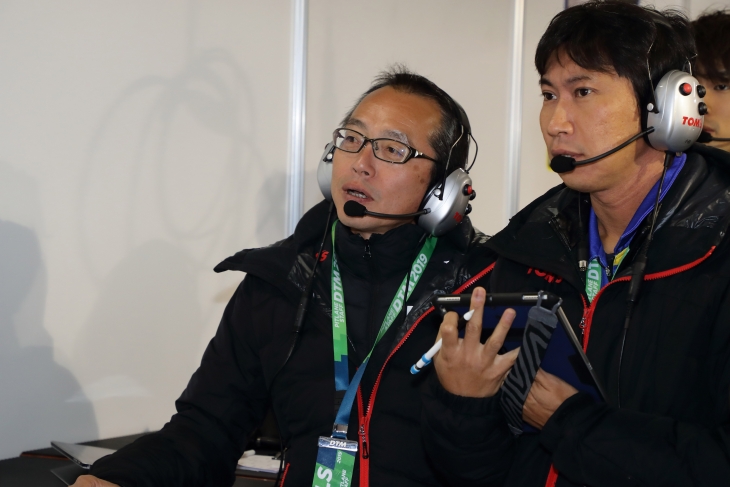 As part of a new structure at TOM’s Racing that seeks to integrate the number 36 and 37 cars, Tsutomu Tojo, who has worked as a race engineer at TOM’s since 1992, will be promoted to an executive Chief Engineer role overseeing both cars.

The more traditional Race Engineer role that he’d held at the number 36 TGR Team au TOM’s entry will now be taken over by Satoshi Yoshitake, while Masaki Saeda remains as the Race Engineer of the number 37 TGR Team KeePer TOM’s car. 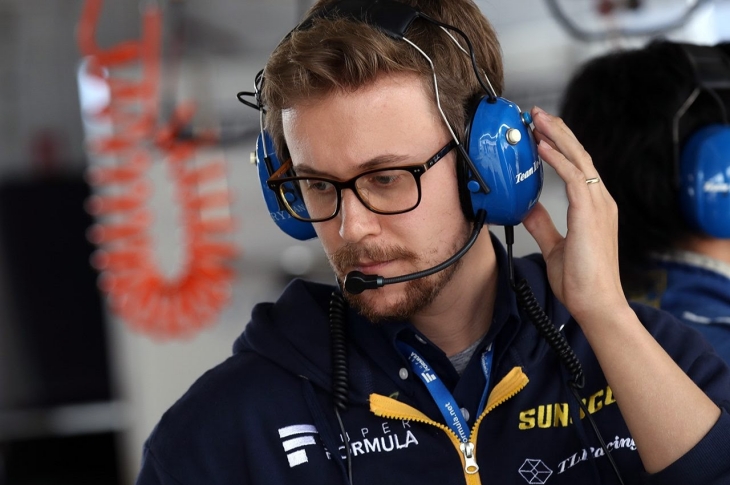 At Autobacs Racing Team Aguri (ARTA), Ryan Dingle has been made the first non-Japanese Chief Engineer of a GT500 car in nearly ten years, as he’s been appointed the role for the #8 ARTA NSX-GT of Tomoki Nojiri and Nirei Fukuzumi.

The Vancouver native is a fluent Japanese speaker and resides in Kawasaki, Japan. Dingle worked as a race engineer in Super Formula for the likes of Felix Rosenqvist, Pietro Fittipaldi, and Tom Dillmann at Team LeMans from 2017-18. Last year, Dingle moved to KCMG, and was the engineer for Kamui Kobayashi. He also worked as a Performance Engineer for TGR Team WedsSport Bandoh from 2017 to 2019.

And TGR Team SARD has replaced the departing Kotaro Tanaka with Narunobu Makino, who last worked as the Chief Engineer for Pacific Racing Team, prior to that, Makino also worked on the Cusco Racing Subaru Impreza, and the 2007 DHG Ford GT that was powered by a detuned F1 engine!

Japanese collector car auction house BH Auction has become an official partner of Super GT this year, and in a press release from two weeks ago, the proposed idea of an exhibition race for classic Super GT cars is looking closer to reality. 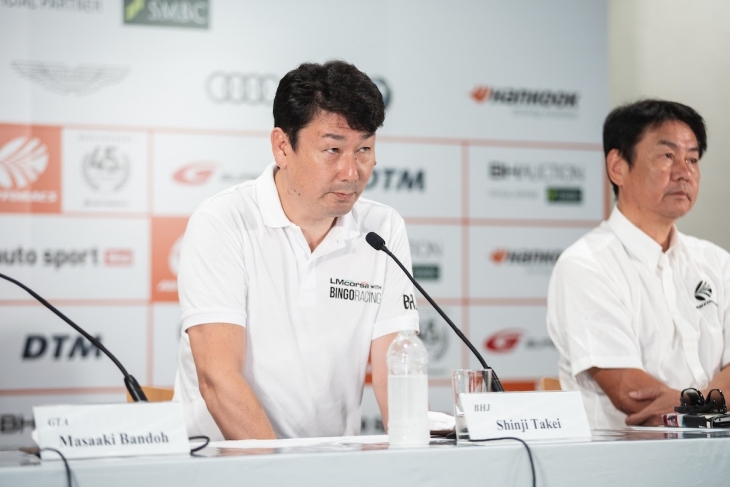 “The series partnership will lead to the presentation of new business schemes not only for Super GT, but also for the entire motorsports scene in Japan,” said Takei.

“Furthermore, we aim to strengthen the ties between the entrants and manufacturers with the upper-class overseas clients who participate in auctions through financing, the outsourcing of machine maintenance, and the establishment of a classic race series comparable to those of Europe and the United States in the Asia-Pacific region, starting from Japan.”

Finally, on the floor of the Osaka Auto Messe this weekend, GT Association chairman Masaaki Bandoh and Autobacs Seven President & CEO Kiomi Kobayashi met to announce an extension of the series’ title sponsorship through the 2020 season. 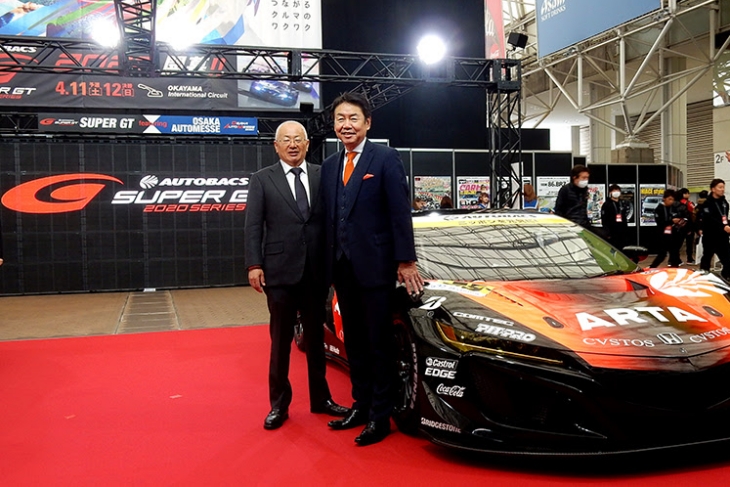 Autobacs now owns one of the longest-running title sponsorship agreements in all of professional motorsport, which goes into its 23rd season, back to the 1998 All-Japan Grand Touring Car Championship.

We’ve now confirmed over two-thirds of the GT300 grid with just a month remaining before the first official pre-season test at Okayama International Circuit, taking place on 14-15 March.