The GTE Am points leading #57 Project 1 Porsche (above) will run in full Wynns colours this weekend at CoTA (below), the WEC spotters guide confirming the change which was teased by Wynns Racing on twitter. 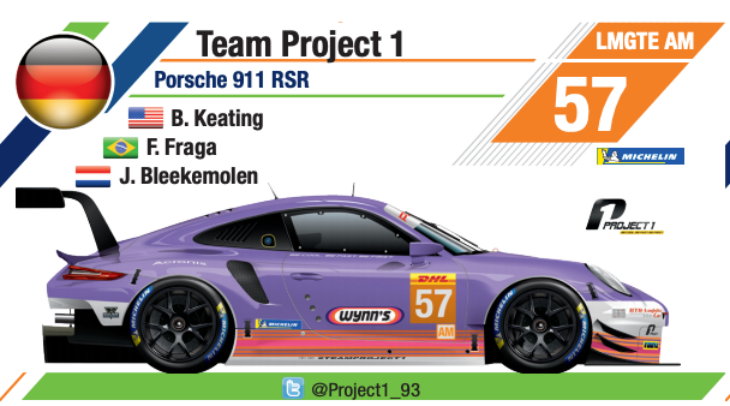 The car will be driven by Ben Keating, Felipe Fraga and Jeroen Bleekemolen, the crew hoping to make it two wins in a row after scoring a victory last time out in Bahrain. This weekend Fraga returns to the team for the first time since the 6 Hours of Fuji. The past two races Larry ten Voorde has been the third driver.

Bret Curtis returns to the WEC this weekend after an absence of more than five years. The American has been confirmed as part of Dempsey-Proton Racing’s lineup for this weekend’s race at CoTA, driving the #88 Porsche in GTE Am. 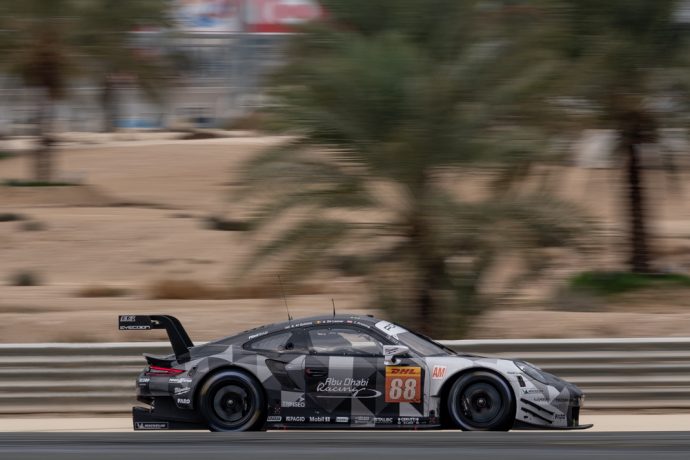 He will race alongside Porsche Young Professional Thomas Preining and the returning Adrien De Leener in the car, which has seen the driver line-up constantly shuffled so far this season.

Larue will begin working with the team at this weekend’s FIA WEC Lone Star Le Mans meeting at Circuit of The Americas. He joins the team from fellow LMP2 outfit Cool Racing and has been tasked with getting the most out of the team’s Michelin-shod ORECA 07 Gibsons.

“Bastien Hanouët (the team’s previous race engineer) has been released of his contract with HCR with immediate effect,” said team manager Nikolaj Johansen.

“With our recent shift to Michelin tyres, it has been the highest priority for HCR’s management and stakeholders, to bring significant outside experience to the team, to keep us in a competitive position for the remaining 4 rounds of the FIA WEC season as well as in the ELMS.

“Therefore, I am very happy to announce Franck Larue as our new race engineer.”

WEC TV changes for this weekend

FIA WEC has confirmed that the WEC TV announcers for the Austin race will be regular analyst Alan McNish and pit reporter Louise Beckett, to be joined by Jim Roller with regular presenting pair Martin Haven (busy with prior winter sports TV commitments) and Graham Goodwin (on family holiday in Asia followed by Asian Le Mans Series).