Standout performances from Rio Haryanto, Colin Noble and Ben Barnicoat added fuel to the fires of the Championship standings in GT, LMP3 and LMP2.  30 degrees plus of heat made it tough work with the GT class, in particular, proving to be something of a nip and tuck session, the top five separated by less than two-tenths of a second, Come Ledogar ruing lost chances including a lap that would have secured pole, one of three lost to track limits violations.

The #7 Ferrari will start fifth, with the Championship-leading JLOC Lamborghini behind.   The #77 Aston Martin was next up, two-hundredths faster than Ledogar’s best legal effort, Tomonobu Fuji though still disappointed don’t to close the points gap just a little.

That left the remaining three Ferraris, Daniel Serra disappointed with third fastest, four thousandths better than the Aston in the #51 Ferrari but almost a tenth down on Tim Slade’s best effort in the #27 Hub Auto Corsa Ferrari. 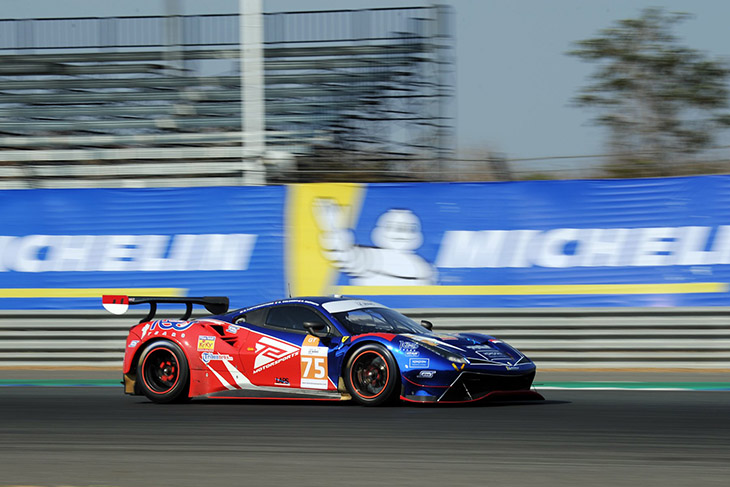 The Aussie led the session more than once but eventually had to give best to a breakthrough pole position from Rio Haryanto and T2 Motorsports, 1:32.776 just five-hundredths clear but that was enough to secure the first-ever pole position for an Indonesian driver and an Indonesian team (albeit running on a Singaporean license) in international sportscar racing. 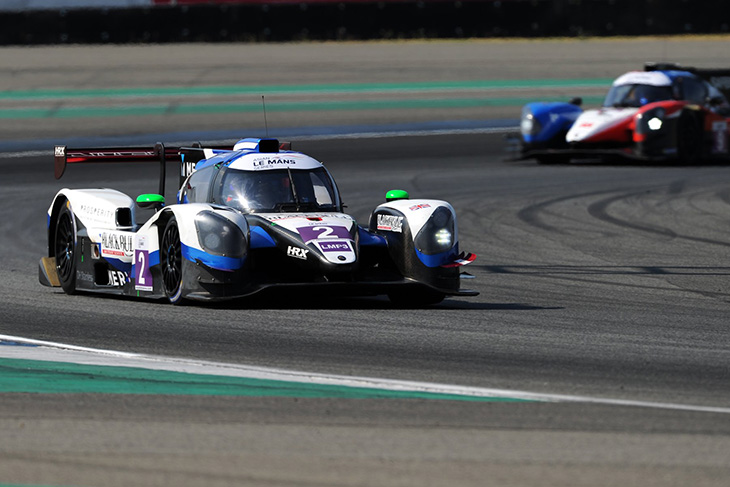 The Ligier’s truly had little part in the battle, neither Nigel Moore of David Fumanelli denting their dominance, Moore ending his session fifth and well over a second off p0ole – a very unusual situation.

David Droux looked set to challenge in the early running but ultimately had no answer to Noble, and later to an effort from Garett Grist, the Graff Normas will form the second row in the class.

Garett Grist had a tricky start to his session, losing a pair of laps to track limits but popping up the order in the final minute to complete an all-Nielsen Norma front row.

Noble though looked imperious and impressive from the off, never looked likely to lose the advantage once he had it and extended his advantage more than once.

It wasn’t – four tenths clear of his team-mate it gives quite a platform to set up the title battle tomorrow, the gap now just two points between the #2 Norma and the #13 Ligier, it could be quite a race in LMP3!

LMP2 Am saw Cody Ware drive conservatively whilst Guy Cosmo attacked a little harder, the #25 on class pole position by a chunk, 1:27.754 a good lap time indeed for the retiring after tomorrow, last-gen LMP2 cars. 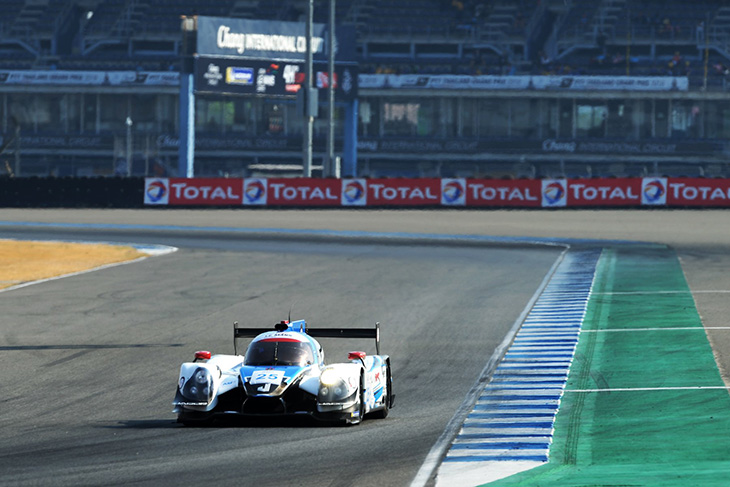 The battle for overall pole position came down to a dog fight between two emerging talents. The title leading #26 Aurus 01 not really in the reckoning today.

Nick Cassidy made his now traditional push for Pole in the #1 Eurasia Ligier and for quite a while it looked good enough, that was until Ben Barnicoat got up to speed.

At one point the pair were locked together with identical times, Barnicoat lost that one both to the fact that Cassidy scored the time first, and then to a track limits violation, but both drivers pushed again.  Cassidy’s effort found over a tenth, but in truth, Barnicoat looks already to have more in hand, and so it proved, a 1:23.364 underlined what we had already seen in earlier track sessions, the #45 Thunderhead Carlin Dallara is really working here.

The points gap closes by one, the mental arithmetic and combinations are now complete and there are just four hours left to decide whether its the Aurus, the Dallara, or the #36 Ligier that will take the title. This is what LMP2 racing always should have been like!