LMP3 saw heartbreak for title contenders Graff Racing and Inter Europol, Sebastian Page moved offline to allow the overall lead battle to pass but slid wide and half spun the #9 Graff Norma into the barrier, game over for the team that started the day third in the order.

Then the #13 Ligier ground to a halt with a broken gearbox close to pit-in whilst running very strongly in the hands of Martin Hippe, the car was recovered to pit-in but the damage to the gearbox was unrepairable, despite the best efforts of the crew including driver Nigel Moore.

That left only two cars in the points hunt and the Italian Ligier squad did all they could to give themselves a chance. They came into the race needing all three of the cars ahead in the points standings to non-score. There was one threat left standing, but the #2 Nielsen Norma barely missed a beat.

Tony Wells had a sticky early part to his first stint but Noble always looked a safe pair of hands and Wells’ second stint simply built on the great work from the young Scot, Noble’s closing effort a fast but conservative effort that secured second with pace and little risk bringing Nielsen, their drivers, and Norma/ Duqueine their first Asian Le Mans Series titles.

The ACE 1 effort again delivered pace from all three drivers, their star of the day Alessandro Bressan repeating his excellence from Shanghai and leaving David Fumanelli and Andreas Laskaratos to complete the win, a deserved first top step finish for the #12. 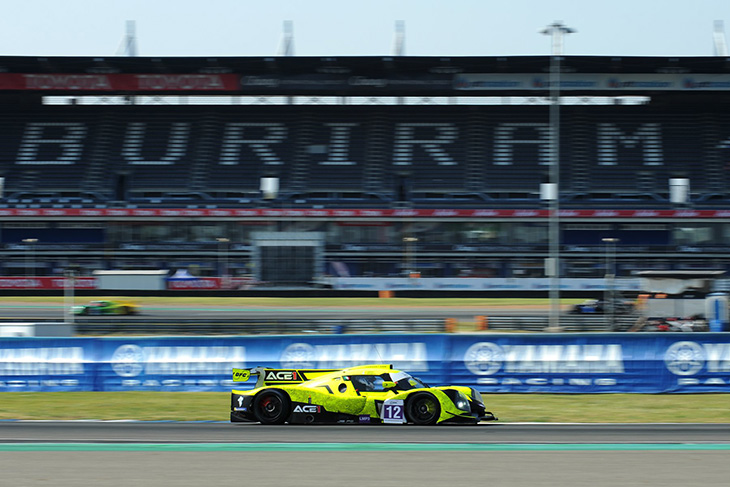 Completing the podium was the #8 Graff Norma, Mathias Kaiser and Neale Muston (in Ginetta overalls) making the podium despite incurring a pair of penalties including a hefty 50 second stop and hold for a rather overzealous run down the pit lane!

In GT all six runners came into the race sale to win the title.

First to hit trouble, or rather the Aurus 01, was the #77 D’Station Aston Martin, Satoshi Hoshino misjudging his braking into the final turn and hitting the rear of the #26 car, that holed the radiator and by the time the Vantage had completed a full lap the engine was done!

The pole setting T2 Motorsports Ferrari has a rather less exceptional day on Sunday, never really in the fight, they’ll be back to fight again.

The points leader coming into the race was the JLOC Lamborghini, but the team admitted post-race they had made an error in preparation for the race, as yet undefined, they were in the mix early on but faded badly, fourth an underwhelming end for their very convincing season effort.

That left a trio of Ferraris, Daniel Serra started for the #51 Spirit of Race effort and built a lead that Francesco Piavanetti defended well in his stint. Thereafter the team were unlucky under a Full Course Yellow at a point where the eventual winners made hay!

A fine recovery effort from the #7 Car Guy team brought them back into contention after first Mikkel Jensen and then Come Ledogar got aboard, their main issue was too big a gap to close to the leading #27 HubAuto Corsa Ferrari, Tim Slade driving a fine closing stint to keep the #7 ahead just on the lead lap, and the #51 just behind, and just lapped. 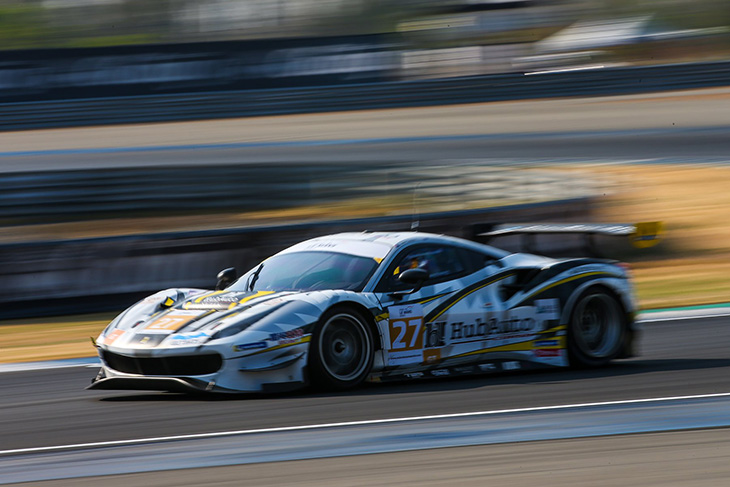 Put all of that together and it is HubAuto that took the win, and the Championship – They’ll go to Le Mans in June after fine form from Marcos Gomes, Liam Talbot and Tim Slade, Gomes the only ever-present for the season for the team takes the Drivers title.

LMP2 Am saw the #25 Ligier take the win after an early delay for the Championship winning #52 sister Rick Ware Racing JSP2 Nissan in what is likely to be the final contemporary race appearance for the previous generation of LMP2 machinery. 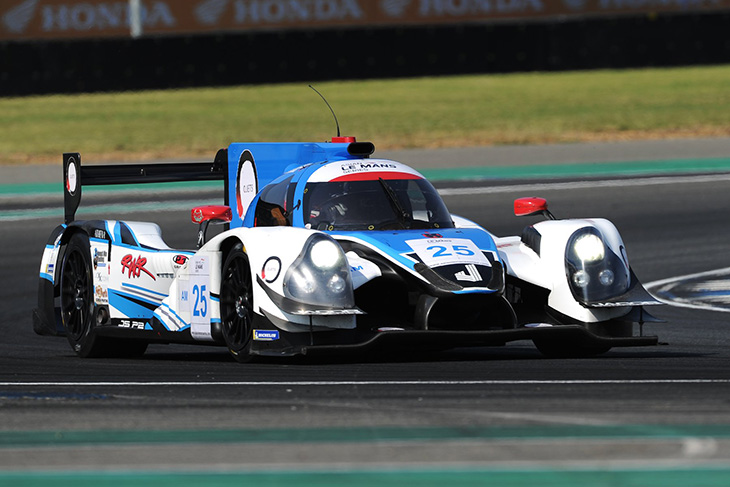 Guy Cosmo was impressive again with Anthony Lazarro in fine form too, they were never headed by the #52 with Phil Mulacek making his second appearance of the season in the winning car and his first on the podium.