The ACO’s selection committee has invited La Filière Frédéric Sausset’s Oreca 07 as a Garage 56 entry for the 2020 24 Hours of Le Mans.

It is the sixth innovative car in that category after the Delta Wing in 2012, the Green GT H2 in 2013, the Nissan Zeod RC in 2014, Sausset’s SRT41 Morgan Nissan in 2016 and the Bio-Methane WR in 2017 (the Green GT H2 and the WR never competed). To this day, only Sausset’s Morgan ever took the chequered flag at Le Mans.

La Filière Frédéric Sausset was launched during Le Mans week in 2017, one year after the Frenchman’s heroic 2016 finish in La Sarthe. The project’s goal was to encourage, mentor and coach mobility-impaired drivers in top-level motorsports. “It was a logical step,” said the quadruple amputee. “I applied the same guiding principles to my three drivers and my academy, La Filière, as the ones I followed before Le Mans 2016: take time to acquire experience in prototype competition for a couple of seasons and become physically fit for long endurance racing efforts.”

Sausset’s driver line-up includes Japanese former Moto GP star Takuma Aoki, Belgian driver Nigel Bailly and Frenchman Snoussi Ben Moussa. The latter lost one hand as a teenager, and the other two drivers are paraplegic. The international line-up’s results were encouraging in the seasons preceding the 24 Hours, with several podium finishes in the LMP3 category of the VdeV Series 2018 and Ultimate Cup Series 2019. 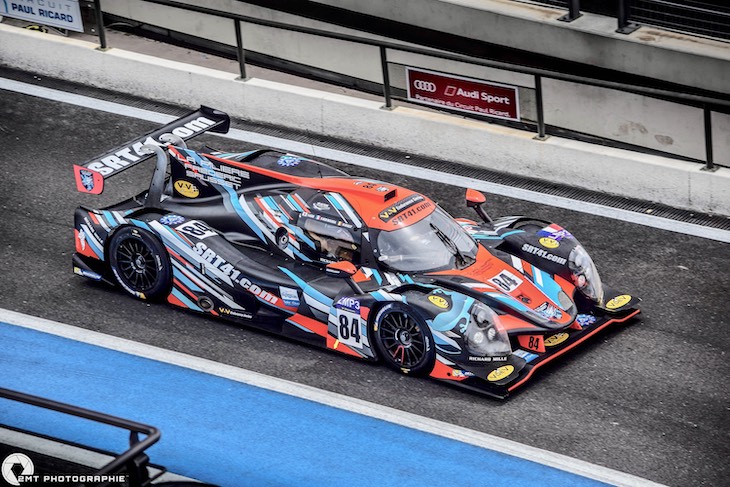 Sausset’s Oreca 07 offers different features to a typical 07, including a hand brake. “We have developed this technology in close collaboration with Oreca, the ACO and the FIA technical teams. Safety standards we need to observe are no different from those expected from other teams. It’s an important step which Graff Racing will help us take.”

The team are set to add several races prior to the 24 Hours to their programme, those to be announced shortly.

Sausset’s expectations for the big race are no different from those he had four years ago: “I want my drivers to stay out of trouble at all costs, show they have pace and take the chequered flag at a decent position. I was faster than some LMP2 drivers in 2016, even though my car had a 90 kg ballast and I only had half an arm to manage my car. I’m sure they can surprise the world in the same way. Beyond what we are trying to do in this race, I want to show the world that handicapped people can do great things too, thanks to hard work and creativity. I am 100% confident that we can meet that challenge.”