The 6 Hours of Spa looks set to see at least two guest entries in LMP2 with the confirmation of the Eurasia Motorsport entry for the now traditional pre-Le Mans fixture as trailed on DSC in November.

The ‘All-Black Ligier JS P217 looks set to be joined on the entry by the G-Drive Aurus 01 Gibson run by TDS Racing, the team again looking to use the Belgian race as part of their Le Mans preparations with Jean-Eric Vergne looking set to run at Spa and Le Mans, though it seems not for the full ELMS where Nyck de Vries is tipped to pick up the drive. 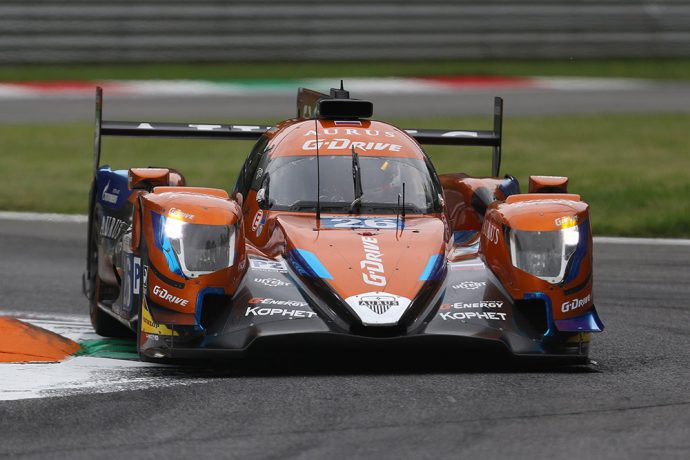 Eurasia will field the ‘all black’ Eurasia Racing New Zealand Ligier JS P217 at the event with Nick Cassidy, Daniel Gaunt and Nobuya Yamanaka, all three of whom featured in a pacey, but an ultimately luckless campaign for the car in the 2019/20 Asian Le Mans Series.

Cassidy will not be available for the Le Mans 24 Hours as he is unable to attend the mandatory Test Day, Shane van Gisbergen, not available for Spa, will complete the driver trio for the race week.

Nick Cassidy will be at Le Mans but only in an advisory role to the team.

Cassidy is the defending Super Formula Champion and has secured multiple championships in his short career to date, including Super GT, Formula 3 Japan and Toyota Racing Series New Zealand to name but a few. He claimed pole for the team at Sepang last month in one of his three outings with Eurasia and will undoubtedly be one to watch at Spa.

Daniel Gaunt meanwhile has titles to his credit including Porsche GT Cup New Zealand and Toyota Racing Series New Zealand. He ran the full Asian programme with Eurasia and brings a great deal of continuity to the programme ahead.

Nobu has competed in the last two seasons of Asian Le Mans with the team, first in LMP3 equipment and then in LMP2. He enjoys close business and motorsport connections with New Zealand and it is for this reason that the two pro drivers and Ligier livery are very much focused on the country.

“We have raced at Spa before, but this is the first time for us in a Ligier LMP2 car,” stated team principal Mark Goddard. “We’re really looking forward to joining the WEC grid and to the race in its own right but also to help us prepare for Le Mans. We have three drivers that we know well, so the aim is to learn as much as possible and to further hone the Ligier in readiness for the 24 Hours.”