“I’m really pleased to be back in the ADAC GT Masters,” said Team Principal, Torsten Schubert. “I just love this series after being a part of it for so many years now. The market for drivers is never easy, so I’m delighted to be able to field two BMW M6 GT3s. We’ve managed to put together a particularly strong crew of drivers. As the ADAC GT Masters is the toughest GT series in Europe, it was imperative that we did so in order to have any chance of success. Last year, it soon became apparent that placing well at every circuit was no easy task, but that has to be our goal, which is why we intend to get in plenty of practice.”

Schubert Motorsport first contested the ADAC GT Masters in 2010 and have notched up a string of successes since. With ten wins, all with BMW, Schubert is the third-most successful outfit in series history.

Schubert won the team competition in 2015 and fought hard to secure the drivers’ title right up until the final round of the season. The last time the team raced in the ADAC GT Masters was in 2018 when they fielded a Honda NSX GT3.

For their comeback, the Oschersleben-based squad rely on BMW cars once more. The Swedish Australian pairing of Joel Eriksson and Aidan Read will share the #9 M6 GT3. Eriksson has already driven in the Formel ADAC and went on to become championship runner-up in the ADAC Formula 4 just one year later. The BMW works driver contested the DTM in 2018 and 2019, taking one win and two more podiums. Eriksson will come up against his older brother, Jimmy, in the ADAC GT Masters; Jimmy drives for Zakspeed BKK Mobil Oil Racing. Team-mate Aidan Read has already had some LMP2 experience and made his debut in the ADAC GT Masters with Schütz Motorsport in 2019.

Having moved up from the Porsche Carrera Cup, Henric Skoog from Sweden will be the regular driver in the #10 sister car. He will share the BMW M6 GT3 with Swedish counterpart Erik Johansson at Oschersleben, Zandvoort and at the Sachsenring. Skoog joined BMW Motorsport’s Junior Programme in 2019 and has already contested GT3 races in Italy. For the other four race weekends at Autodrom Most, Red Bull Ring, Nürburgring and Hockenheim, he will be partnered by BMW works driver Nick Yelloly from England, who is also a development driver for Formula 1 team, Racing Point.

Aust Motorsport will stick with the Audi brand and with drivers Maximilian Hackländer and Nikolaj Rogivue in the forthcoming ADAC GT Masters season. 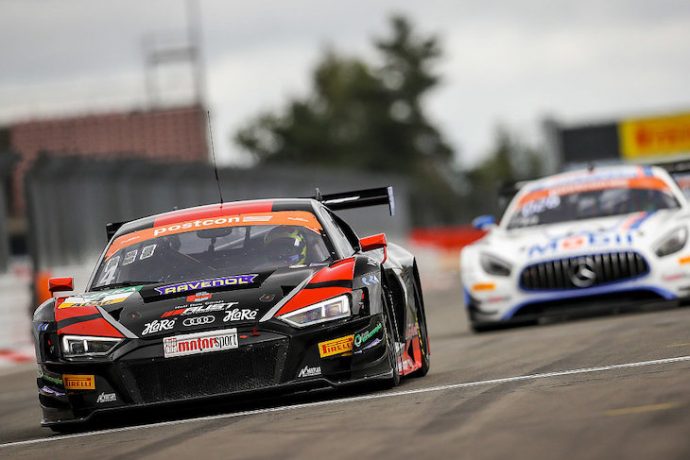 As in previous years, the team will be fielding two R8 LMSs with Hackländer and Rogivue already been confirmed as drivers for the first of the two cars.

“I’m delighted that Maximilian will be driving for us for the third year and that Nikolaj is back on board,” says team boss Frank Aust. “They constitute the basis of a strong squad. After all the bad luck we had last year, we are determined to show that we really are competitive.”

The team has been contesting the ADAC GT Masters since 2016 and celebrated their greatest success in 2017 when Kelvin van der Linde and Markus Pommer won at the Nürburgring.

Clemens Schmid will share the cockpit of the #19 Lamborghini Huracán GT3 EVO with Niels Lagrange. 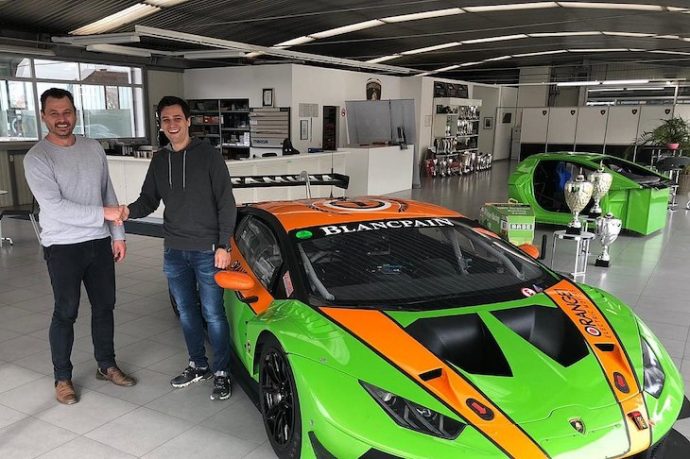 Schmid first entered the ADAC GT Masters in 2010. He also contested races in the 2015 and 2018 seasons, scoring two podium appearances.

“I am very happy to be joining one of the most successful GT teams of the last few years and am impatient for the start of the season,” said Schmid. “During the winter, I was looking for the best option for this year and decided to get in touch with Gottfried Grasser. We quickly came to an agreement. The switch from the Audi, which I drove most recently, to the Lamborghini shouldn’t be difficult. The cars are similar in terms of chassis and engine. Gottfried was also of the opinion that I would soon feel at home.”

This means that two of the three Lamborghinis to be fielded by GRT Grasser Racing Team now have drivers confirmed. Competing alongside Schmid and Lagrange will be two series newcomers, Tim Zimmermann and Steijn Schothorst.

21-year-old Schöll competed in the ADAC GT4 Germany in 2019 and has now moved up to GT3 competition.

He also gained some experience at the wheel of an LMP3 sports car last year and contested his first GT3 races over the winter. He was a successful kart driver previously with several titles to his name.

“I am really looking forward to the ADAC GT Masters,” said Schöll. “It’s a terrific opportunity and I’m very grateful to T3 Motorsport for giving me this chance.

“ADAC GT Masters is mega. I drove in the ADAC GT4 Germany last year and always used to look longingly at the GT3 sports cars. I’ve driven many different racing cars before, so I think I can quickly adapt to the GT3 car.” As regards his goals, he told us: “I want to do as well as possible in the Pirelli Junior classification and show just what I can do.”

”With Constantin, we have signed another exciting young driver and plan to work with him over the long term.”

T3 Motorsport has already confirmed Maximilian Paul and Christopher Friedrich as their first two drivers in the ADAC GT Masters and hope to announce the name of their fourth driver soon.

The first of the two BWT Mücke Motorsport Audi R8 LMSs will be driven by a duo of ADAC GT Masters rookies. Germany’s Mike Beckhusen and Poland’s Igor Walilko in the #25 car – the pair will be aiming to do the four-ring brand proud in the Pirelli Junior classification. 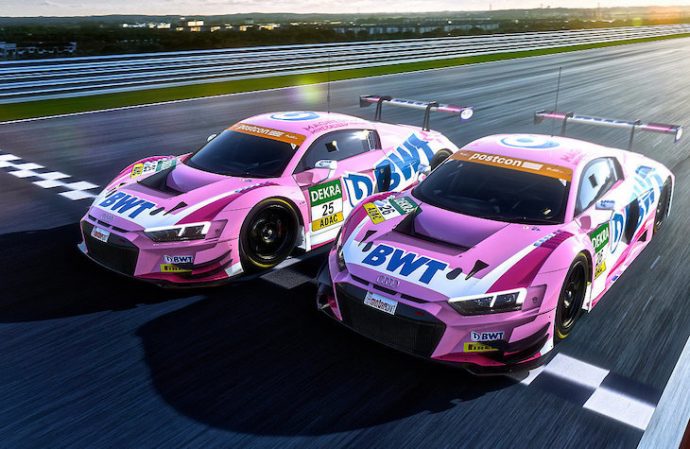 He started out in karting in 2008, moving up to the ADAC TCR Germany series in 2016. He then spent a further year in the Audi TT Cup. In the current season, Beckhusen has already competed in the 24 Hours of Dubai and has now secured a seat with BWT Mücke Motorsport in the ADAC GT Masters.

Walilko has also spent some time on the fringes of the ADAC GT Masters. The young Pole graduated from karting to Formel ADAC, then the Euroformula Open and the Porsche Supercup.

His main focus over the past two years has been the Porsche Carrera Cup. In the finale of the 2019 competition, he made a maiden podium appearance – the perfect way to sign off before joining the BWT Mücke Motorsport ADAC GT Masters squad.

Feller has been competing in the ADAC GT Masters for the past three years. He celebrated his first successes with BWT Mücke Motorsport in 2018 when he ascended the Junior podium a total of five times and finished the season in fourth place in this particular category.

Last year, while still part of the Montaplast by Land-Motorsport setup, Feller recorded a maiden victory at Zandvoort.

He made a total of three podium appearances in 2019 and finished the season in the Top Five of the general classification.

Stefan Mücke, son of team boss Peter Mücke, was a works driver for both Ford and Aston Martin, the 38-year-old ranks as one of the high achievers in the ADAC GT Masters and is keen to rack up further successes for BWT Mücke Motorsport with his new partner.

Peter Mücke is delighted with his squad: “I’m very satisfied with the driver line-up for the 2020 season. Everyone knows about the importance I have always attached to the promotion of young talent in motorsport. That’s why I’m particularly pleased that we are able to field three junior drivers this year. They will support each other and benefit from the extensive experience of our team. We’re obviously hoping for some degree of success, especially in the Junior classification. But people often forget that success can also mean that a young driver has gained a thorough understanding of their car, has learnt how to give clear feedback or has steadily improved over the season in terms of qualifying and race performance. So the joy of a P5 finish can sometimes be just as great as that of winning.”