Phoenix Racing will look to defend their 2019 Nurburgring 24 Hours overall win this year, and score a fifth overall win, with a two-car Audi GT3 effort which will again, as usual, encompass several early-season NLS outings on the Nordschleife.

The team’s #14 Audi R8 LMS GT3 sees the return of a trio of young drivers: Vincent Kolb, Kim-Luis Schramm and Michele Beretta, who competed in the VLN and Blancpain GT World Challenge Europe for Phoenix last year. Podiums in the endurance championship and seventh place for Kolb and Schramm at the Nürburgring 24 Hours a good basis for year on year progress for the young drivers.

For the 24-hour race title defence, the Phoenix juniors are supported by established Pro talent.

DTM driver Jamie Green will pilot an Audi R8 LMS GT3 in the endurance classic in the Eifel, while Frank Stippler is also retained by the team. In addition, Jules Gounon and Tom Blomqvist join the team, two experienced GT drivers who have already celebrated their first successes of the year with first and second place at the Bathurst 12 Hour. They will be joined by former Corvette and Ford works driver Richard Westbrook, who will complete a strong line-up.

“Giving young talents a chance and supporting them in their development has always been an important part of Phoenix Racing’s work,” explains Team Principal Ernst Moser. “We are even more pleased to be working with Vincent, Kim-Luis and Michele this year. They showed convincing performances last season. That’s where we want to start and take the next step. Our focus is on our two entries in the 24-hour race and also the NLS programme.” 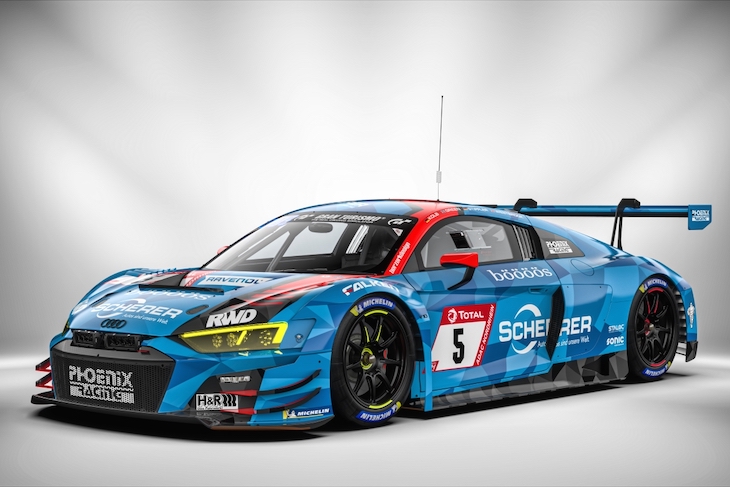 The 2020 season of the Nürburgring Endurance Series begins with the 66th ADAC Westfalenfahrt on 21 March.

The infamous 24-hour spectacle at the Nürburgring-Nordschleife is scheduled almost two months later, from 21 to 24 May.