The weekend was initially slotted for VLN6, the Barbarossapreis which will now move to be the season finale on 7 November with the dates for the postponed VLN 1and VLN2 still to be determined.

The 6 Hour ADAC 24 qualifying race, due to have taken place on 26 April is now cancelled.

IMSA has confirmed that the Grand Prix of Alabama (April 3-5) will not take place as previously scheduled and that they are actively engaged in discussions to discuss alternate options to re-schedule the Long Beach Grand Prix meeting. 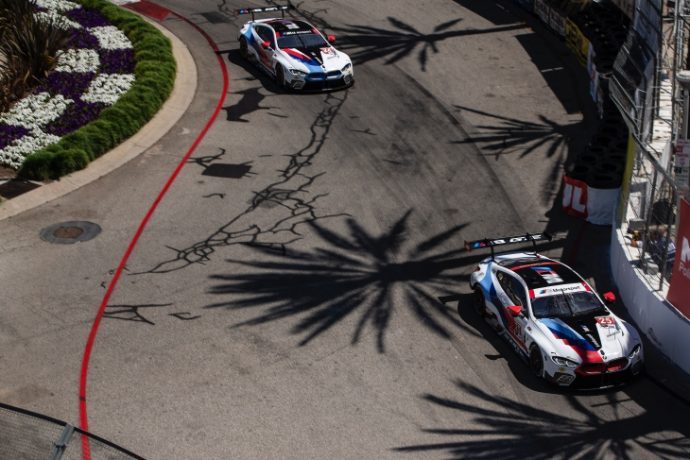 “If that is not possible, then we look forward to participating in the Acura Grand Prix of Long Beach on April 16-18, 2021.”

IMSA has also communicated to all Series participants that an immediate ban on private testing is introduced with immediate effect:

“Due to unprecedented events, for IMSA series where testing is governed by their respective Sporting Regulations, all IWSC Entrants are prohibited from conducting private testing until further notice.

“All testing requiring IMSA approval is prohibited until further notice. When appropriate, IMSA will work with teams and manufacturers to re-implement testing permissions. We thank you for your understanding at this challenging time.”

In addition, IMSA President John Doonan has released an open letter to fans of the Series:

Thank you. For more than five decades, you have filled the hillsides, seating areas and campgrounds around our racetracks and tuned into broadcasts of our events. You’ve supported our race teams and drivers, our manufacturers and partners, our event promoters and the communities in which we race, and for that, we are forever grateful.

We are enthusiastically awaiting the next opportunity to get together once again and do what we do best. However, guidelines from the Center for Disease Control and Prevention (CDC) and safety protocols have led IMSA to postpone all events through May 3.

You’ve likely seen already that we’ve rescheduled the Mobil 1 Twelve Hours of Sebring Presented by Advance Auto Parts (featuring the IMSA WeatherTech SportsCar Championship), as well as the IMSA Michelin Pilot Challenge Alan Jay Automotive Network 120 and our IMSA Prototype Challenge races at Sebring International Raceway to the weekend of Nov. 11-14, 2020. This will be a spectacular event, and we hope you’re already making plans to join us at Sebring in the fall.

We continue to work with our promoter partners to reschedule other affected events, and more information will be provided as soon as it is available. Our goal is to conduct complete seasons for all of our sanctioned series.

Alongside our partners at NASCAR and throughout the professional motorsports industry, this decision was made to ensure the health and safety of our entire community – including fans, competitors, stakeholders, event staff and our IMSA team. As a global community, our number one goal must be to prevent the spread of COVID-19 as much as possible. The only way to effectively do that is to join our counterparts in the sports and entertainment industries and postpone our events until it is safe to return.

In addition to working with our promoters to reschedule races, we are actively pursuing appropriate and creative ways for IMSA competitors and partners to keep you entertained as we wait for the coronavirus to pass. Stay tuned to our social media channels and IMSA.com for more on that shortly.
Once again, thank you for your unwavering support of IMSA racing. The racing community is a large family and you’re an important part of it. Please stay safe and we will see you back at the racetrack before you know it.

Motorsport UK has suspended all organising permits and Certificates of Exemption until at least 30th April 2020 following the latest guidance issued by HM UK Government in response to the outbreak of COVID-19.

David Richards, chairman of Motorsport UK, explained, “Clearly we live in challenging times and exceptional measures are required. The decision to suspend Motorsport UK permits on a temporary basis is not one that was taken lightly as the industry employs many thousands of people. However, we have an over-riding responsibility to our members and the friends and families of our community. Furthermore, our social responsibilities extend to the broader population and the potential drain on valuable public health resources on which we are all reliant.

“The situation is very fluid and we will continue to monitor developments over the coming weeks and hope that we can resume the annual motorsport calendar at the opportune moment. In the immediate short term, our efforts need to be focused on ensuring that the industry that backs up the sport has the financial support that it requires from the Government in order that it can be sustained beyond this extraordinary scenario.”

That decision means that the opening round of the Intelligent Money British GT Championship has been postponed. 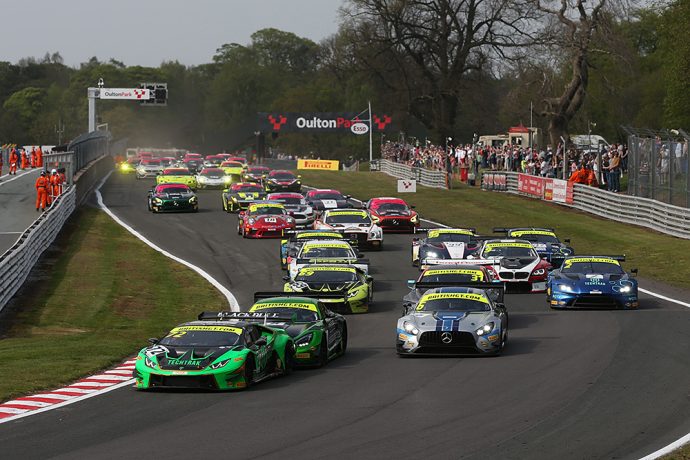 A new date for Oulton Park’s doubleheader, which was due to take place over Easter Bank Holiday Weekend (April 11 & 13), is already being discussed.