During the COVID-19 situation, there’s no live racing to speak of, but there’s plenty of films and documentaries to fill the void. We’ll be writing about motorsport movies and documentaries, we love (some that are terrible too!), to inspire you all to grab a bag of popcorn and spend the evening in with something you haven’t seen in ages, or haven’t seen at all.

Here’s the first one: Le Mans.

I made a mistake yesterday, by mentioning to my editor (GG) that I could spend this time under lockdown catching up on motorsport books and films that have passed me by, like the movie ‘Le Mans’. Yes, that’s right, until last night I’d never seen it. It’s fine, you can berate me on twitter, I can take it, I get it. But it’s true.

It’s difficult sometimes to sit down and enjoy a classic like Le Mans, which is adored by so many, decades after release when you didn’t live through that time period. I always thought it couldn’t possibly live up to my expectations. After watching it though, I can say that I get what all the fuss is about now.

The 1971 Steve McQueen movie, Le Mans, is a relic of the 1970s, a time period which seems alien to me, a 90s kid, early 90s really (sorry GG!). The shots of the ambience and atmosphere of the race are incredible, not because they form part of a riveting narrative (they really don’t!) but because it serves as a good comparison to how Le Mans (and racing in general) looks and feels today.

As for the actual on-track footage, if you can watch it in HD, it’s actually astounding. The camera work really holds up, and the audio on a good sound system gives you the impression you’re in the stands at times. That’s where this film’s strength lies. It’s almost void of dialogue, there’s almost nothing until past the 40-minute mark. Instead, it captures the intensity and speed of the race (though sometimes with 70s cop-drama music that doesn’t at all match what’s on screen), in a way which other documentaries and TV broadcasts struggle with, even today.

As for the man himself, Steve McQueen, he really does come across as the world’s coolest human, with his rugged look and iconic Gulf-liveried clothing. He hasn’t got much to say as Michael Delaney. Is he a great driver who has won the race before? Is he in love Elga Andersen’s character, Lisa Belgetti? Nobody knows or cares really because it’s all shoe-horned in and lacks context. Thankfully those moments are limited, and the director, Lee Katzin, focuses more on the race itself, which is what we all want really…

The onboard footage is just as good as the trackside camera work. You’ll spend much of the time watching wondering how they managed to film it all with 70s equipment. (Below is the car that took part in the race, equipped with full-size film cameras front and rear to get those astounding action shots!) 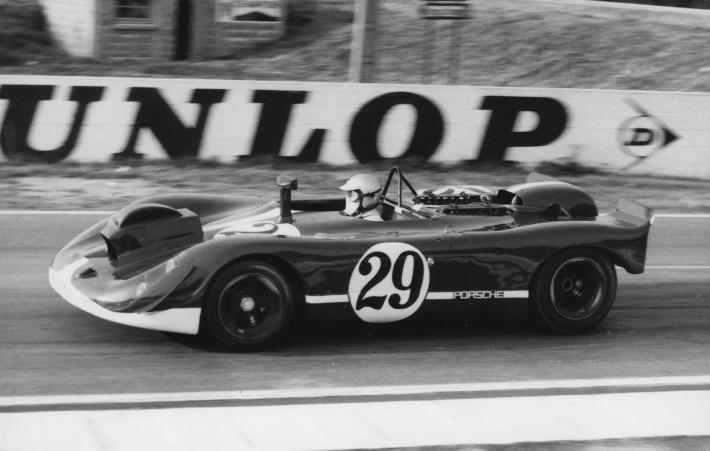 And by sheer coincidence, if you, like me, are desperate to find out just how they filmed it all, you can watch the Documentary Steve McQueen The Man And Le Mans tonight on BBC 4 at 9pm, (it will also be available on iPlayer after).

So, why not do the double-header tonight, watch Le Mans, then the behind-the-scenes documentary. Perfect right?