The design of a drivers helmet is a very personal thing, no two are the same. It’s become a part of driver culture, with many modern racers putting real effort into expressing themselves through the colour scheme on their helmet.

So, with time on our hands at DSC to explore topics like helmet designs, we’ve begun to ask drivers with helmets that stand out to tell us what’s behind their works of art.

We begin with McLaren factory driver Rob Bell (sorry Rob!), whose design has evolved dramatically since he began karting.

Take it away Rob!

“I first had a helmet designed and painted in 1991 when I was kart racing. 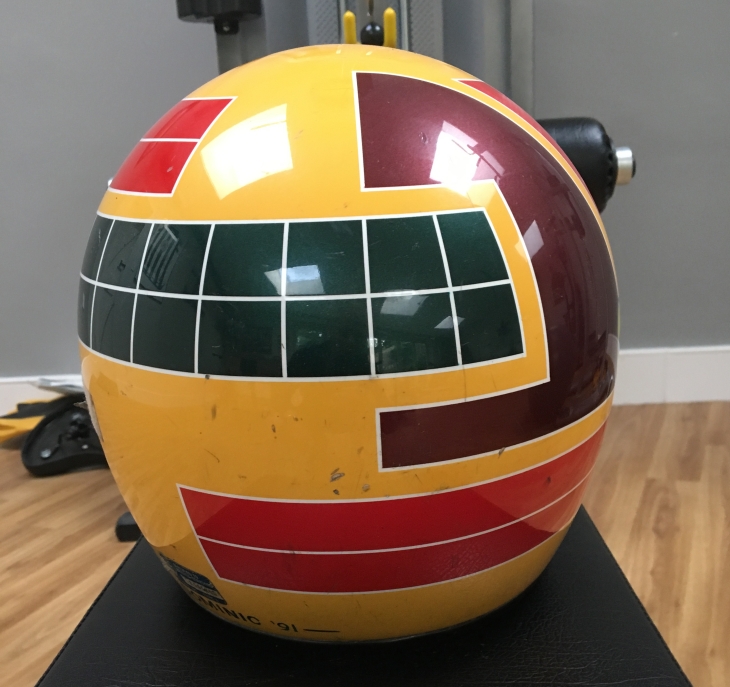 “I was a keen Rugby player at the time and the idea was based on a race suit I’d had made which was loosely designed on the Harlequin block pattern that a rugby team wore. This incorporating four colours in a block pattern. 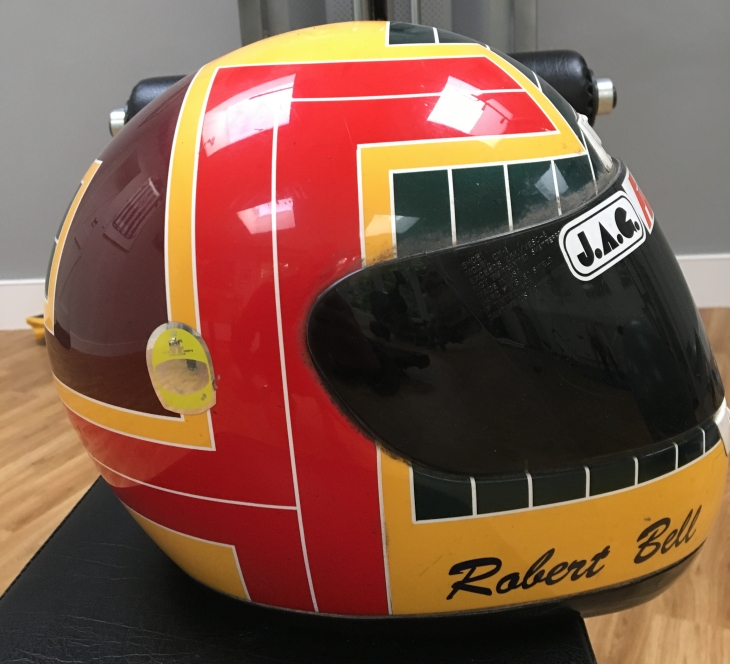 “I think I used this for two or three years before having to buy a new helmet and decided to change the design. When designing any colour scheme or design you’re always heavily influenced and helped by the painter and that was the case here. 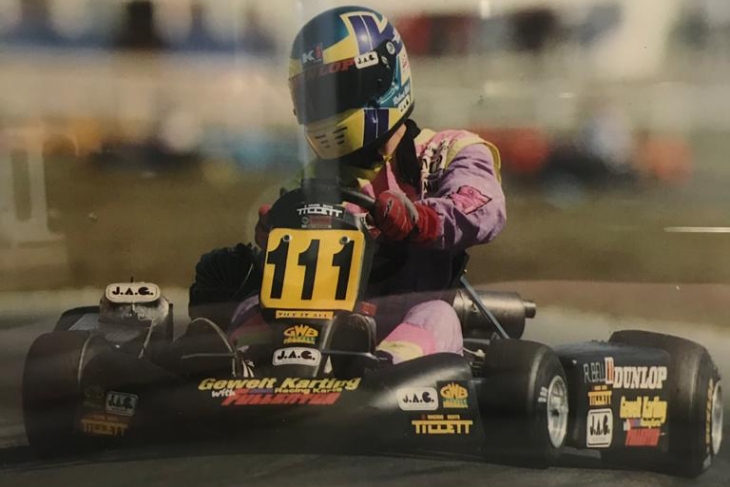 “I wanted to change the colours but keep the same bold block style. The purple ‘arrow’ was a cross between Niki Lauda and Gilles Villeneuve design. 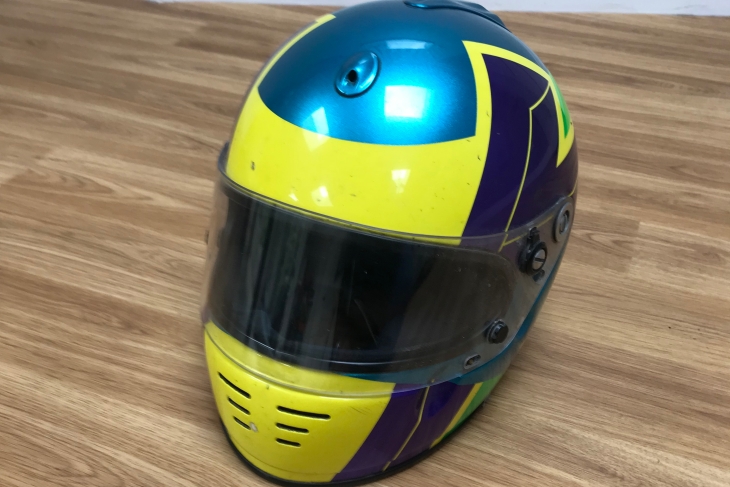 “I used this basic design from 1994-2007, with a few changes here and there (see below the shot of Rob in Vauxhall Junior in 1996 with David Leslie) with each new helmet. I introduced a Tyne Bridge and a black-and-white union flag to the design to represent Newcastle-Upon-Tyne, the place I was born and bred, and am very proud of. 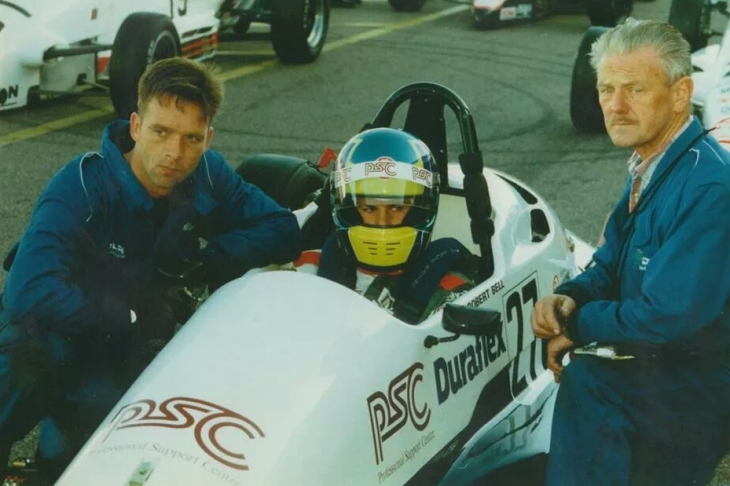 “The biggest change I made was in adding the black and white stripes to the top and side for the beginning of the 2007 season. It was suggested by Mike Fairholme to stand out further as well as remind me of home, as these colours/stripe pattern are synonymous with Newcastle. I also changed the yellow to a fluorescent yellow. 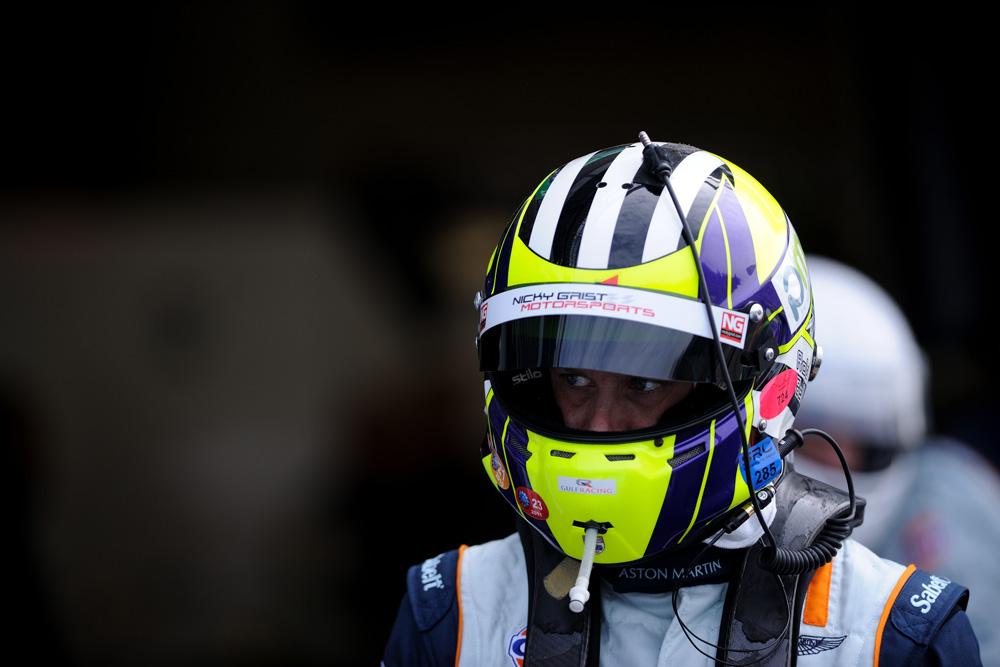 “The base colour changed briefly to incorporate a personal sponsor but the black and white remained, 2014-2016. 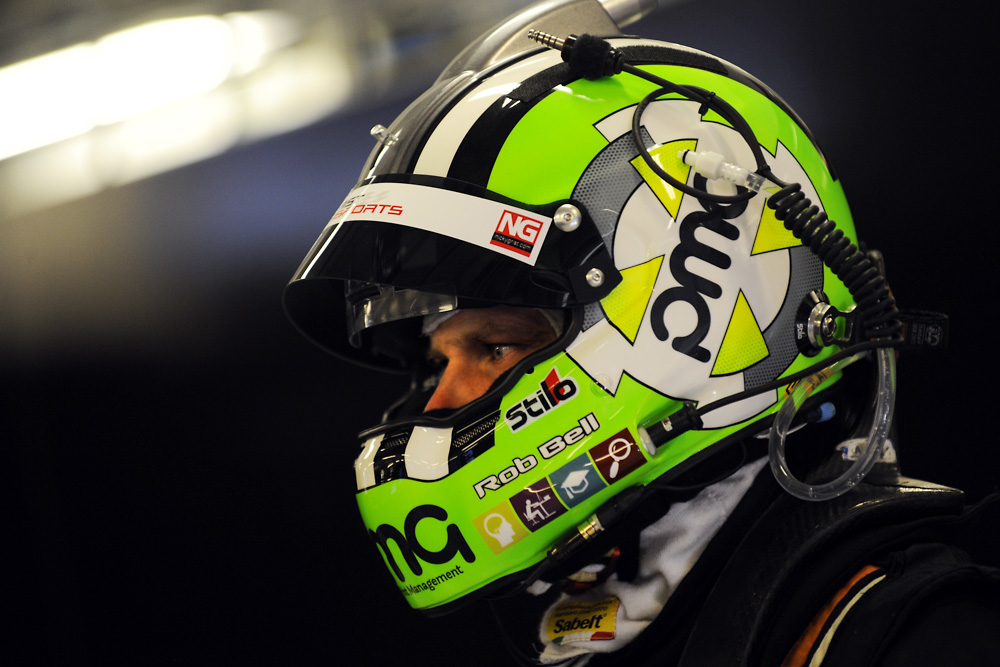 “I also added a small Danish longship to the back of my helmet in memory of my old team mate and friend Allan Simonsen, who died at Le Man in 2013. 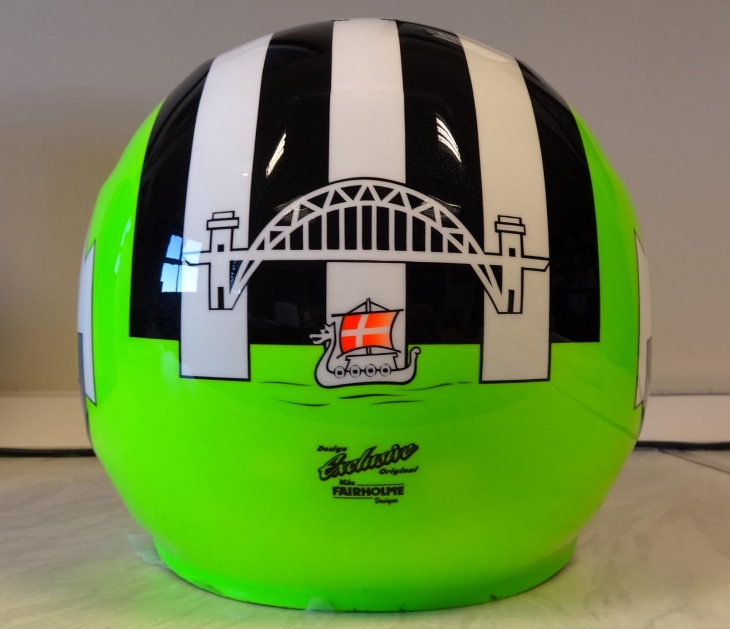 “In 2017 I went back to my fluorescent yellow and purple arrow base. With each helmet and paint job my design has always evolved slightly but I think I’m pretty settled with it now. 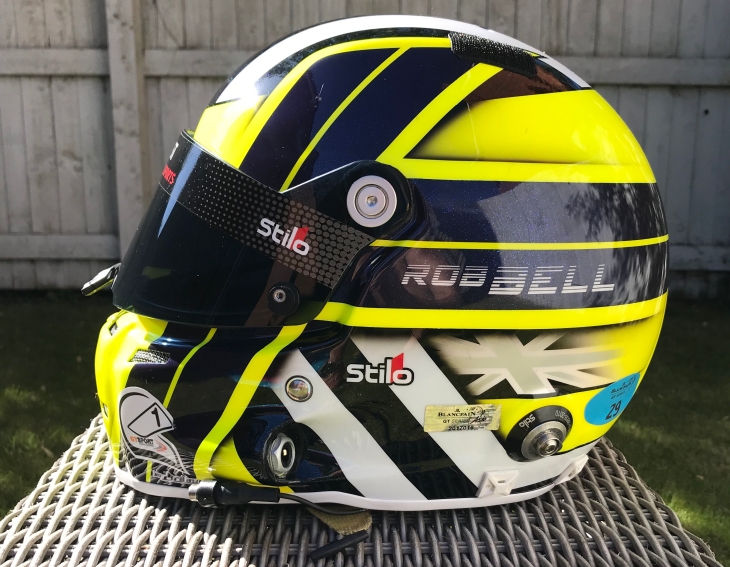 “For 2018 I started to use Bell helmets and the design was altered slightly to best suit the lines of the helmet.

“Here modelled by my son Oliver! 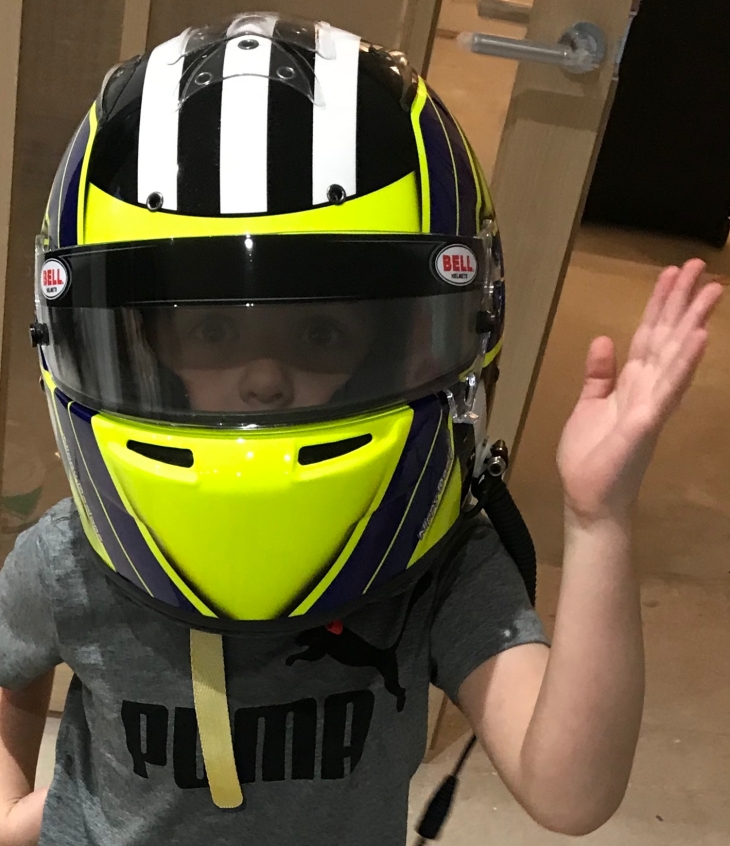 “My helmet is my racing signature and has picked up some mementos, reminders and tributes along the way. My next helmet, for later this year will be a retro one, I’m going to go back to where it all began.”