This weekend the Sebring circuit in Florida was scheduled to hold a round of the World Endurance Championship and then its traditional 12-hour race for the IMSA WeatherTech SportsCar Championship, and with the cancellation of both, it is an opportunity for us to bring you again the story of the first world championship round at the Florida circuit.  For many years the two races were one and the same, and in fact, Sebring hosted the first-ever round of the World Sportscar Championship in March 1953, the second running of the 12-hours. 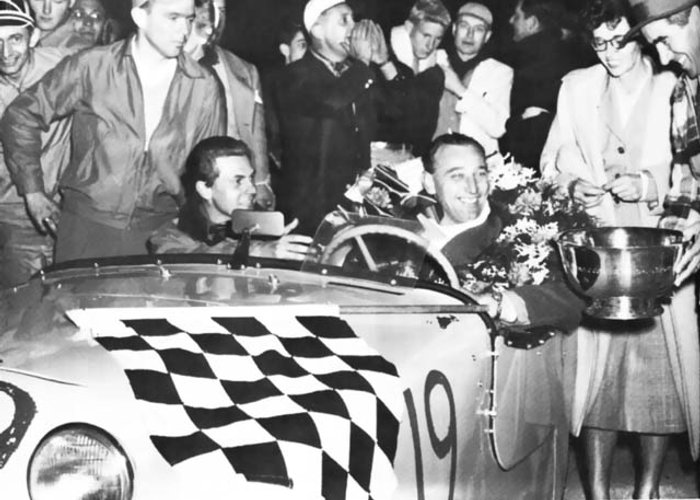 Sebring opened for racing in 1950 (the first Sebring 6 Hours winning Crossley Hotshot is pictured above) using a 3.5-mile layout round the facilities of what was formerly Hendricks Army Airfield, but by the visit of the World Sportscar Championship the layout had developed to be 5.2 miles, and the circuit was used in pretty much that form for the next thirty years before being shortened in 1983.

The longer layout hosted an AAA sanctioned 12-hour race in 1952, which was won by Harry Gray and Larry Kulok in a Frazer Nash Le Mans Replica, the duo clocking up 754 miles of racing on the way to their win.

The next year the race was part of the World Championship, but it was only Aston Martin and DB of the European teams who really took up the challenge, the former sending two DB3s (the #30 car below was for Reg Parnell and George Abecassis) and DB two of their Panhard-engined cars, one with team principal Rene Bonnet driving. 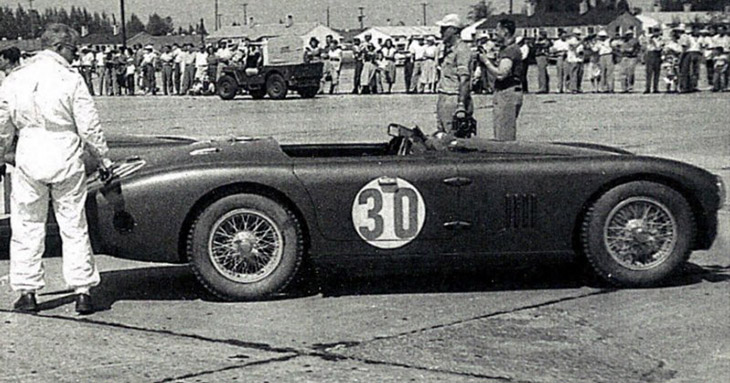 The appearance of Aston Martin particular ruffled a few feathers with some US regulars, who felt that a professional team entering one of their races was unsporting. One gentleman, in particular, was so outspoken in his views on the subject that Aston Martin team manager John Wyer recalled that drivers Reg Parnell and Peter Collins went off to ‘sort him out’ only to return saying ‘he was really quite a nice chap’.

The race was really set to be between the Aston Martins and the quickest of the Cunningham CR4s, the car of Phil Walters and John Fitch, but at the start Parnell was last away, leaving Collins to battle with Walters, the Aston Martin leading when it made its first pitstop. Collins handed the lead car over to Geoff Duke, who was soon out after damaging the suspension due to hitting a marker barrel and another car, much to the annoyance of his co-driver.

Parnell also hit a marker on the very first lap, damaging a front wing on his DB3 as he sought to make up ground, although his driving was criticised as he kept trying to pass cars in the corners, which the team were told was ‘ungentlemanly’. By half-distance Parnell and team-mate George Abecassis were less than a minute behind the leading Cunningham, but as darkness drew in that first lap incident, which meant they had just one working headlamp, started to have an effect and it was a well-deserved win for Walters and Fitch, who completed 173 laps, 899.6 miles. 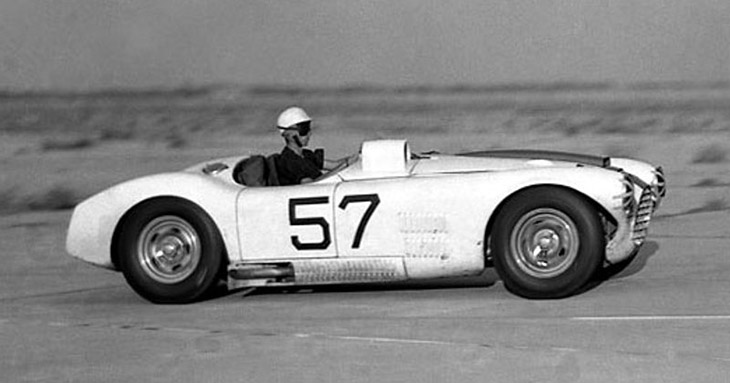 In subsequent years the race developed rapidly, attracting the leading teams and drivers of the day – with wins for Maserati, Ferrari and Jaguar in the 1950s and drivers of the calibre of Juan Manual Fangio, Stirling Moss, Mike Hawthorn, Phil Hill and Dan Gurney all victorious.

From humble beginnings the Sebring 12-Hours has become one of the world’s premier sportscar events, the circuit recognised as a stiff test for an endurance car, and its return to the World Endurance Championship this weekend is a fitting tribute to the heritage of the race.

Interested in the history of the Sebring 12 Hours, then invest some of those hard-earned dollars in Ken Breslauer’s magnum opus on the race, 12 Hours of Sebring Record Book 1952-2019