All this rescheduling of the European Le Mans Series and the FIA World Endurance Championship is understandable, as are the question marks over the 24 Hours Trucks and Karting, but how does it affect competitors, spectators and suppliers?

Pierre Fillon: “We’ve never been faced with a situation like this before. An unprecedented situation calls for exceptional measures. Our schedules have changed; of course, they have. Our plans have been thrown up in the air and we are coming to terms with the fact that, for several weeks at least, we won’t be able to hold any events. It would be naive, irresponsible even, to ignore the situation or pretend it wasn’t happening and have events cancelled at the last minute, with all the consequences that would entail.

“We prefer to postpone events and to give everyone ample notice, so that competitors, spectators, hosts, partners, suppliers and emergency services can plan accordingly. We took an early decision to reschedule the 24 Hours Motos, before so many other events were postponed. When September and October started filling up and the 24 Hours of Le Mans was rescheduled, we brought the 24 Hours Motos forward to avoid clashes and to give ourselves time to organise two major events in succession.

“To an outsider, it might look like a domino effect, but it’s more like doing a motorsport event jigsaw puzzle, working as a team with the FIA, the FIM, the FFSA and the FFM to ensure the best possible outcome for all. “By postponing, we can still honour commitments, and even if an event is rescheduled several times, it’s still better than an outright cancellation which would have dire consequences for some. These events are still five months away.

“Let’s not forget that all such events in France and overseas are being rescheduled within a similar time frame. That means many meetings, with event organisers supporting each other.”

You say you work hand in hand with other organisers, but the new date for the 24 Hours Motos clashes with the Bol d’Or.

“We spoke to the organisers and the relevant federations several times and met in Paris. We considered various options. Our initial choice of early September wasn’t the best scenario for the Bol d’Or. However, they have confirmed that the new date at the end of August suits them better. The 24 Hours Motos will now end the 2019-20 season and the Bol d’Or will be three weeks later.

“This is a complex situation and we’re all trying our best not to complicate it further.”

September is going to be a very busy month. Is that going to affect ticket sales?

“Admittedly, this autumn is going to be packed with events. And there are probably more to come. But June, when we usually hold the 24 Hours of Le Mans, is a busy month too. There’s the French Open, an international football tournament every two years, basketball finals, Formula One Grand Prix, so attendance-wise the situation will be no different. When September comes around, if people are spoilt for choice on which events to attend, that will be something to celebrate, not a problem. 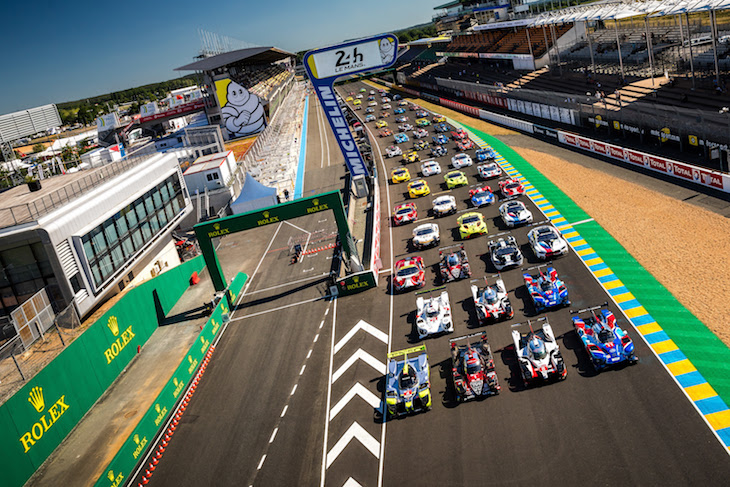 “Where tickets are concerned, it will be up to us to put together an attractive package to suit the circumstances, tailored to perhaps a different audience, certainly with different priorities and a new mind-set.

“Whatever happens, we will do our best to satisfy fans, competitors, suppliers and partners. It’s a team effort.

Have you had many requests for refunds?

“For the 24 Hours of Le Mans and the 24 Hours Motos, we have registered a few hundred requests of reimbursement.”

What about the WEC and ELMS calendars? Can we expect shorter seasons?

“We’ll be able to tell you more about that shortly. Once again, we’re not deciding any of this alone. We’re discussing it with everyone else involved so we need a few more days.”

How are you working these new calendars out?

“It’s a joint task involving competitors, our partners, the federations, the other circuits for our international events, the organisers, promoters, the Ministry of Sport, other sports disciplines, TV channels, and so on. It’s not just us here at Le Mans or just motorsport.

“We have a special unit working on it and it’s actually harder to set out a calendar over a few short months than for the usual year. We take stock every day, reconsider things according to the latest situation with the pandemic, and the instructions enforced in different countries because our championships travel from one place to another and our competitors don’t just come from France. They must be able to compete in our races.”

Will the ACO staff be called on to work over the summer?

“We know we can count on the support, efforts and professionalism of our staff and that they’re ready to adapt. At this difficult time, I’m delighted by everyone’s initial reaction – they’re all as keen as ever to organise our races. That’s our job, it’s what drives us.”

Internally, how is the ACO coping with the situation?

“We’re reorganising our set-up. Our employees are adapting their work and getting ahead on long-term projects, but of course, the usual timeline has been reviewed.

“As a club, the ACO has always promoted mobility for all. This is one of our core tasks and core values. We are available to provide any help we can to the local prefecture. The prefect knows that he can call on us as required.

“We have also transferred all the intensive care equipment that we have at the circuit to the hospital in Le Mans. All the devices, monitoring Equipment … they need all the extra equipment they can get. It just seemed the natural thing to do, to help the health services out.

“The medical staff who work at the circuit during events are now hard at work in their respective healthcare facilities and my thoughts go out to them. I commend all of them for their unrelenting commitment.

What is the financial shortfall from cancelled seminars, driving experiences and the like now that your circuit is closed? Have you already devised a back-up plan?

“In application of government measures, our circuits are currently closed along with the museum, karting circuits, seminar and training activities, and the driving schools.

“We’ll resume those activities as soon as we can and we’ll be able to hold some track days in June, which is virtually impossible when the 24 Hours of Le Mans is on. As the race has been postponed, we’ll be able to make use of the circuit otherwise during that period. We’re constantly adapting to get through this difficult time. Our various activities will be rescheduled.”