“I’ve been part of the superstars now for three years, I’m getting a bit old for the programme now actually at the grand old age of 24 and it’s been a great thing to be a part of.

“They will help me massively this year in terms of off track stuff with media training, harnessing my driving skillset with people like Rob Wilson, Tim Sugden and Andy (Meyrick). We all go down to Bruntingthorpe, Superstars pay for that. My fitness training and assessments for Superstars throughout the year get monitored as well, which helps. I can interlink that with the Bentley Motorsport trainer too, that will be influential in what’s going to be a busy year.”

“I’ve been fortunate enough to have Andy as my manager since I was about 15. So he’s taught me from the very beginning that the most important stuff is your on-track stuff.

“I’ve got to be as fit as I possibly can. And, you know, you’ve got to be marketable. There’s lots of does about five or six different boxes that I’m always ticking off the list. 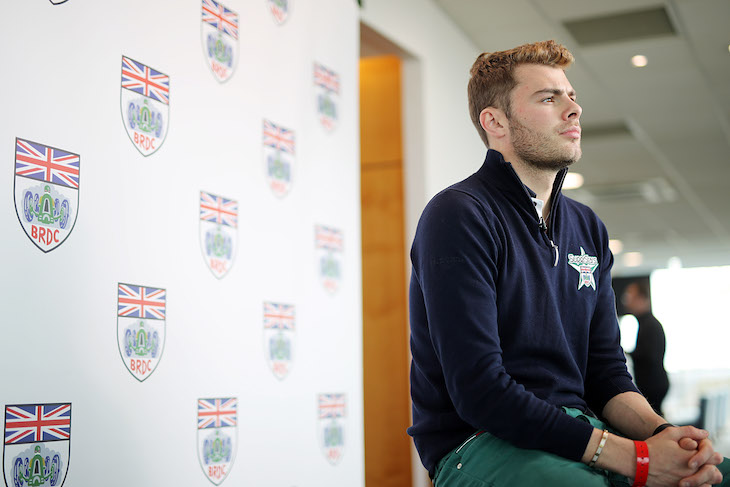 “Once a month, I go back and have a look at it. I think, right? Have I done enough media stuff? Have I done enough fitness promotion, because I’m doing this all the time, but you need to promote the fact you’re working hard. Have I gone up to the factory enough? Have I had enough engineering meetings? Do I know enough about what’s going on with the car? Do I know about the development? How can we improve? Have I read all the briefing notes? Have I read all the things ahead of the next test? Do I know exactly what I’m doing there, what role I’m playing?

“Being a factory driver, it’s much more than just driving the car.”

Bentley’s an interesting one because their demographic for their customers is completely different from what it was less than 20 years ago.

There’s now a much younger demographic, and as an emerging young talent, I’m guessing that ticks a lot of the boxes for them on the road car front?

“Hopefully! I understand that this motorsport project is helping selling road cars.

“It’s hard to quantify it because people who see us race and go on to buy cars might not say that to the dealers. But we know we’re definitely seeing a big shift in more young people buying Bentleys. They are now an inherently cool car. And you know, I’d absolutely love on one day, hopefully in the next couple of years, but I won’t run before I can walk.

“But you know, the whole motorsport programme has told people that this car is not an old boys car. This car is a racing car and the road version is no slouch, a real Grand Tourer in the purest sense.
I had the road version for a week last week, and I was amazed at how good it actually was. It was absolutely amazing.”

Let’s talk about the race programmes, IGTC and the GT World Challenge Europe, that programme is with a new team for you, and for Bentley with CMR. 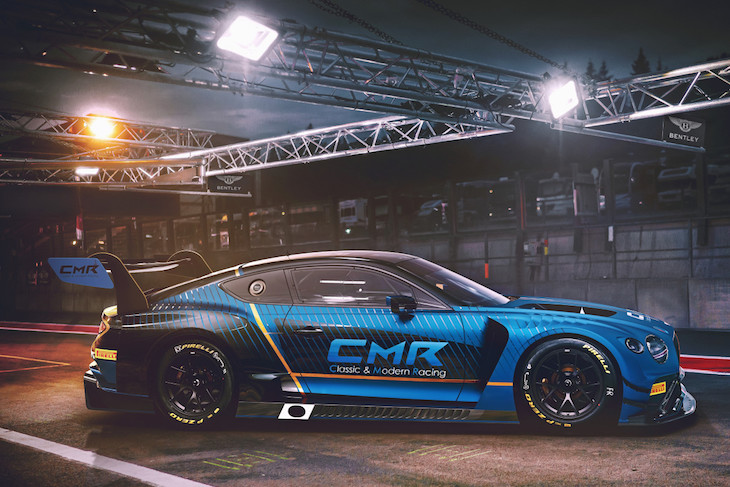 “I’m looking forward to it immensely in World Challenge Europe. I’ve got a big challenge ahead of me. I’m with two very young pro drivers, and they’re both new to GT3. They’ve both got a lot to learn. And it’s going to be my job, similar to what I’ve done in the pro-am stuff, that I’m going to have to take more attention from myself and put it to them.

“So I’m going to have to spend more time looking at their data, seeing how they can improve. But I want to make that process and transition as quickly as possible in order for us to start doing really well straight away.”

That’s a very different world view for you to adapt to, effectively the de facto team leader?

“But this is why I’ve been put with CMR because I’m the driver from the Bentley Boys who’s done so much of the customer stuff until now. I know how to work with Am’s and young Pros. I’ll learn very quickly what their strengths and weaknesses are and will assess them straight away, see the things that are holding them back and work on those with him to try and bring them up as fast as possible.

“But also my other role in the team is to get that car as fast as we possibly can.”

When you do get out testing what will you be looking at?

“With the CMR team, they want to really wring the car and get the base set-up.

“We need to be doing sweeps on springs and dampers and ride heights for them to see how each change affects the car. So some might be rubbish and some might be really good, but they need to know that and to gather their own data with their own new car.

“What happens when we go from stiff to soft springs in one jump? What happens if we go from soft bars to stiff bars? It’s good for them to understand that sweep? And the same on the right heights.
What that will then do is create a base set up, with help from M Sport. That will be my job, to find the level at which the car is not only good for me, but it’s good for the other drivers as well.

“I need to understand what their needs are and their driving styles, when there’s three of you one car I can’t set the car up perfectly for me where I would be at my best because it might not work for them.

My final question is about the future. You’re 24 years old, you’ve got a long time yet to look forward to enjoying this sport, and it’s an exciting time.

“Bentley is committed and the programme’s working for them. You’ve seen the change that’s happened since Paul Williams got involved and, my god how many cars are we selling at the moment. We’ve got so many customer teams now that it makes the programme truly viable.

“It’s taken a long time but now since MSport been winning big races and since I won British GT with Rick, there’s been a bit of momentum and all it’s all beginning to happen.

“All of this will encourage Bentley to continue. Who knows? We could end up back at Le Mans, it’s something that I definitely love to do, but we will always be GT3 racing, that will be the heart and soul of Bentley in motorsport and now we can all see that it’s working as a model.”