Even though I spent my high school years avidly sim racing on my PC, I didn’t ever think it would ever become the only form of racing to watch on TV.

But when I sat on my sofa and watched the F1 Virtual Grand Prix last weekend, held instead of the Bahrain Grand Prix on Sky Sports F1, it finally dawned on me that e-sports is now the only game in town, and is (quite rightly) becoming very relevant during the most unusual of situations for the world around us.

With no real racing to speak of until the summer (at the very least), racing online using sim titles has become the only real way to get any sort of racing fix aside from watching repeats.

So what’s it like, and should you be watching it? Well, I was surprised at just how entertaining it was when I sat down with my family to watch the VGP last Sunday. Now, beyond F1’s Virtual Grand Prix series there are plenty of other organisations making the most of the current climate, be it The Race’s All Star esports Battle and IMSA’s ‘Super Saturday’ broadcast, and they’ve for the most part been smash hits. But for the sake of this piece, I’m going to comment mainly on the event I sat and watched live.

It was surreal watching a mixture of drivers, celebrities and esports racers all compete on the video game F1 2019, with a full commentary team talking us through the action. The format worked though. Short qualifying followed by a short race, which featured plenty of notable names including Johnny Herbert, Chris Hoy, Stoffel Vandoorne, Nico Hulkenberg and Philipp Eng, was entertaining.

The racing itself was hit or miss. The start was chaos – perhaps predictably so – but once things calmed down there was plenty of action to enjoy between some of the better drivers. Seeing Johnny Herbert skip Turn 1 and take the lead made for an interesting few laps, and tracking a partially AI-controlled Lando Norris (connection issues prevented him from qualifying and taking the start) climb the order was interesting, considering his pedigree as a sim racer away from his Formula 1 duties.

The fact that it was all presented in a light-hearted manner helped a great deal too. Alex Jaques, Jack Nicholls, Matt Gallagher and Tom Deacon all did a good job of manning the studio show to provide both insight and humour in equal measures between and during the on-track action.

It wasn’t without its faults. The cars at times looked unnatural in their movement due to the occasional connection hiccups, making it jarring at times to watch, and technical issues delayed the race start. Those are all first-world-problems though; it’s all in ‘Beta mode’ according to the pundits anyway.

I’d never understood the appeal of watching a sim race until then, so to come away saying to myself: “I’ll definitely tune in to the next one”, is a victory of sorts for the growing e-sports sector.

Beyond watching sim racing on TV or your computer, there is, of course, no real barrier to the general public getting involved either. As long as you have a console or solid PC set up (old or new), there are countless titles to sink your teeth into which feature the ability to race friends or strangers online or on your own against AI.

If you haven’t picked up a controller or wheel and pedals for a long time, or like me, rarely get the time normally due to work, then now is a perfect time to dive in and race your way through this. 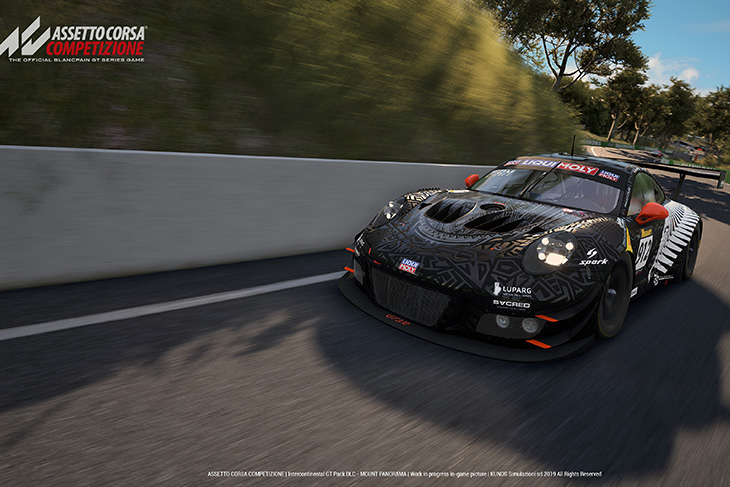 Whether you’re interested in pick-up-and-play arcade racers (such as Wreckfest, Rocket League or Mario Kart), or more in-depth sim titles (like Gran Turismo, R Factor, iRacing, Assetto Corsa or the annual F1, WRC, MotoGP and MXGP games), there’s something for everyone.

This writer is currently ploughing through F1 2019 and Moto GP 19’s career modes. No doubt I’ll cave at some point and buy the latest NASCAR game too.

If you can’t beat them, join them. Until the real engines fire up again, watching or taking part in sim racing is certainly an option to get you through the dog days.