In the last of a trio of interviews collected at a busy media day for the 2020 intake of the British Racing Drivers Club ‘Superstars’ training and mentoring programme, the DSC Editor sat down with a pair of drivers currently flying high in the FIA WEC.

Charlie Eastwood is the newest addition to the Aston Martin factory driver roster, courtesy of some excellent showings aboard TF Sport’s GTE machines, a trio of wins in the current season alongside Salih Yoluc and Jonny Adam seeing the #90 squad second in the standings.

Phil Hanson’s form in United Autosport’s LMP2 efforts has been equally noteworthy in both ELMS and WEC competition, a pair of wins in the last two races see the #22 Oreca top the points standings with Hanson doing plenty of heavy lifting alongside Filipe Albuquerque and Paul di Resta.

Charlie, tell us a little about what drivers in your position can draw from this programme?

“The BRDC is is a massive help for any racing driver within the UK, and I think the Superstars programme, especially under the wing of Andy, who has been through the racing mill and is actually still in it. He has a real big Pro cv and he’s got a great programme again this year. 35 years years of age and he’s still in there fighting against the rest of us, so you can learn so much from him. 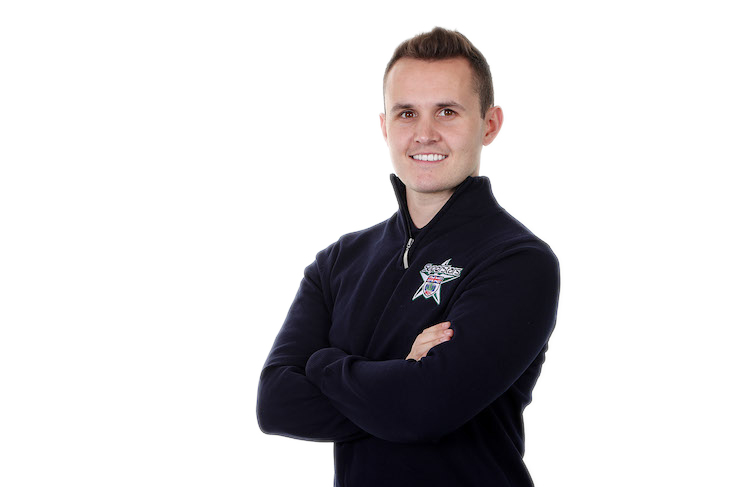 “Obviously in the Superstars, we come from different disciplines from single-seaters to touring cars to GTs and prototypes. So it’s great to bounce off ideas from each other and I think in motorsport, away from a lot of others, the talent only gets you so far. The relationships and the opportunities that come in motorsport are second to none. So I think the Superstars, it really gives you the foot in the door of being around the people that you need to be around in a slightly selfish sense way!

Phil, your rise has been pretty meteoric in competitive terms, from a title-winning run in Britcar, through race and title wins in LMP3 in Europe and Asia and on to LMP2 where there are race wins and Championships in contention in WEC, and no doubt again in ELMS.

You are one of those guys that’s now being looked upon as, as someone who could well form a pretty key part of prototype racing in the near future regular, wins coming with lap times that at times we’ve got to remind ourselves who’s in the car. Is it you? Is it Filipe? Is it Paul di Resta? What can you take from this process? 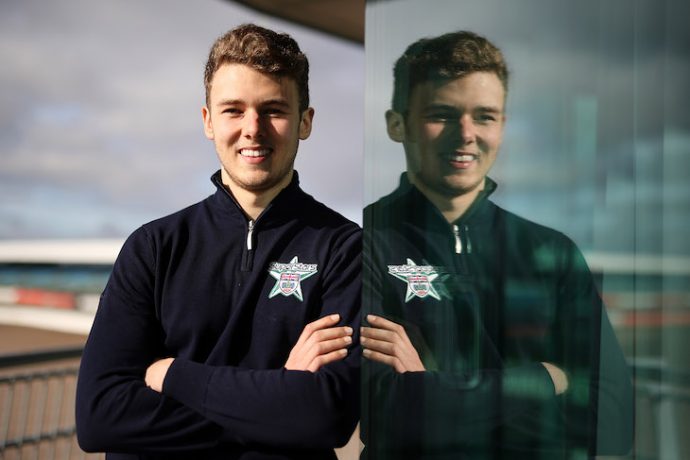 “As Charlie touched on, the recognition of being associated with such a prestigious club, like the BRDC and then to be chosen as some of the up and coming top stars in British racing is is an honour in itself.

“But as my journey continues to go up and hopefully will continue to go up in the future, it’s good because you can really make those connections and associations with manufacturers and people that will have a lot of influence and carry some weight, which in the end will make the difference.

“Again, as Charlie said, you can only be so fast. You do the best with your ability on track to stand out but then the end of the day is what else you can bring to the table, whether it’s your ability to get the team really connected and in a good environment, feedback and developing the car and media prospects and responses. 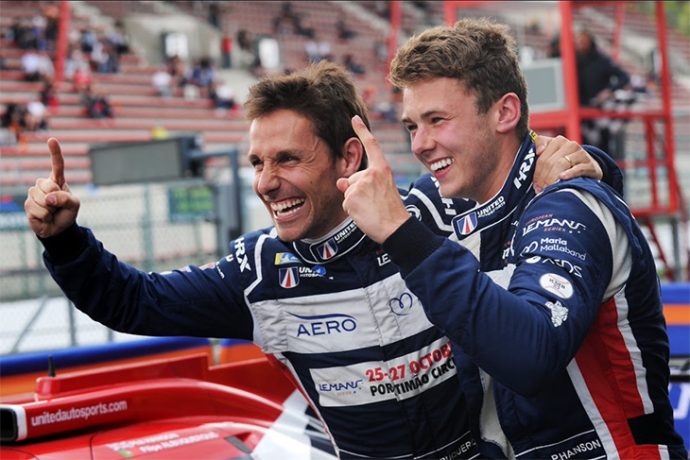 “So there are all these other aspects that people sometimes don’t understand or see when they think of a professional driver or manufacturer driver. So I have to take all those things into account and BRDC in the Superstar with the coaching and mentoring of Andy Meyrick, really allows me to get these ideas and all these future characteristics I’m going to have to absorb into my head because that’s going make the difference in the coming years in how well I can market myself to manufacturers.”

You’re both involved with powerhouses in the sportscar racing scene in the UK, you Charlie with Aston Martin and TF Sport. Phil, you’re with Richard Dean and United Autosports.

Does this add to the opportunities that you’ve got to tap into here at the British Racing Drivers Club?

You never walk into this place and don’t go “Oh, good grief look who it is over there having a coffee. It is a hell of resource, the experience here, the contacts here, the networking that’s available here. And that must, for a young driver, be something that takes a bit of a leap just to have the confidence to move forward?

“Yeah, exactly. As you said, you walk in here sometimes, particularly on a big race weekend and you try and play it cool you know, so many past stars and current stars as well and, it’s great to rub shoulders with them, and to have other introduce you to them.

“And not only that, there are so many teams that are here. Tom Ferrier’s a member, Richard Dean’s a member and so you could spend all day chatting to people that can be, and are, really helpful to your ability to move forward.

“It’s trying to learn as much as we can. We’re both on the up but we’ve both got a hell of a lot to learn still.

“So whether it’s on track on the skill side or away from it, dealing with a manufacturer or the commercial side of it, there’s so much that we need to learn and I think a place like this when it’s a warm environment for people to open up and if you are part of a prestigious club, a lot of the people take you under their wing essentially, to open up and let you know some of their experiences.

“You just need to try and get as much as you can I do it because you’d look back and kick yourself if you sat in the corner and didn’t speak to to the people that you’re around.”

Phil, it’s about converting those conversations into real opportunities to take the next step finding an avenue to what could come next, isn’t it?

“We’re at a point now when sportscar racing in particular, where you guys have firmly nailed your colours to the mast, where things are about to change very quickly?

“We’ve seen things changing, especially in sports cars, there’s been a convergence between IMSA and WEC, which is hopefully going to lead to new manufacturers coming into the sport and existing manufacturers moving across into endurance racing.

“So, for the career path of mine and Charlie’s, it’s going to be vital that we get our foot in at the right moment and carry momentum at this point in our career and really get those opportunities because now is the time where it’s going to matter the most.

“There’s definitely no downside in introducing yourself and marketing yourself to people that you meet in a place like this. If you were to ask anyone, where do I go to meet people that are really going to have an impact to my career in England, you know, a place like the BRDC clubhouse is just a perfect place to start.

“The BRDC is packed with members that know people with really valuable connections, as well as members that, themselves, can make decisions and really impact your career, all of whom have a real passion for the sport.

“At the end of the day, a manufacturer wants to be able to develop their brand and their car with the same team. They don’t want to cut and change everyone, the personnel, the drivers.

“So to be at a young age at the level that we have got to. I’m 20 now, and at the pace of my teammates, both who’ve had thriving careers in endurance, racing, but to have that prospect for 15 years left in the sport at the highest level, I think, hopefully, will prove to be valuable to a manufacturer and they’ll see some benefits from taking me aboard.”

Charlie, you’ve got that relationship with a manufacturer already with Aston Martin. That’s a great move forward for your career and without giving away any internal secrets, that must be a help in terms of understanding the direction that things are actually starting to move in.

Whereas publicly at the moment, there’s still a degree of clarity required what’s happening in the GT world, that must be helping you to start to focus on what your personal business plan is going to be?

“Having the association with a manufacturer like Aston Martin, firstly, it’s a dream come true, to be honest, and something I didn’t really think was going to happen as quickly. I only went into endurance racing at the start of 2018 and got a junior contract that started in 2019 and after winning the Spa 24 I had another meeting and here we are! 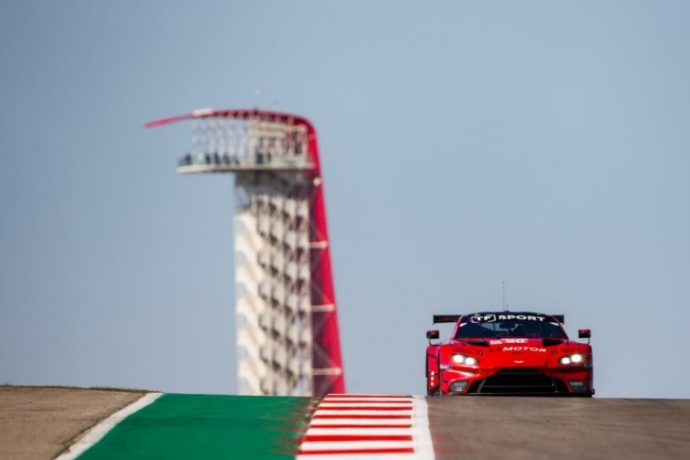 “It’s weird because there’s more pressure because you have to deliver and there are so many people that you know, that want to be in your position, but also in the other sense. It gives you some confidence that you can go out and really concentrate on trying to go fast and deliver essentially.

“Maybe it’s just strange because it’s new, you know before you’re always just trying to get that opportunity where now you’ve got it. It’s now about trying to keep the opportunity. So yeah, it’s amazing to be a part of and, and as you said, when there’s so much uncertainty, it gives you a little bit more hope that if you’re doing the right job.

“Aston Martin is always going to be in motorsport. And so, fingers crossed, if they do a good enough job. I can be there with them.”