The shake-up of racing calendars for the COVID19 outbreak is set to see a variety of solutions adopted to squeeze the season’s quart into the pint pot of available dates.  One such move will see IndyCar join the Intercontinental GT Challenge at Indianapolis Motor Speedway on October 3/4.

IndyCar’s revised schedule sees a new event, the Harvest GP on Saturday afternoon ahead of Sunday’s inaugural Indianapolis 8 Hour, round four of the Intercontinental GT Challenge.

IndyCar’s event will race Indianapolis’ road course and pays tribute to a storied IMS event, the Harvest Classic, held in September 1916. The Harvest Classic was the first racing event held outside of May in IMS history and featured three races all won by legendary driver Johnny Aitken.

Meanwhile, teams contesting the world’s only global GT3 series will be joined on track by their GT World Challenge America Powered by AWS counterparts, for whom the first three hours count towards this year’s domestic championship.

The Indianapolis 8 Hour becomes the final round of the series’ new provisional calendar, which will be announced separately in due course.

Stephane Ratel, SRO Motorsports Group Founder and CEO: “Sharing Intercontinental GT Challenge’s Indianapolis debut with one of America’s biggest sports categories is a real privilege for everyone at SRO. IndyCar, as well as its cast of world-class drivers and teams, requires no introduction. It also completes a blockbuster weekend at the Brickyard featuring the best of GTs, touring cars and open-wheelers.

“Indeed, we’re also delighted to include GT World Challenge America’s teams and drivers within the Indianapolis 8 Hour, many of whom can compete simultaneously for domestic and overall honours, as well as Intercontinental GT Challenge manufacturer points.”

J. Douglas Boles, IMS President: “IndyCar in October at IMS might bring slightly cooler weather but will definitely be warmly embraced by our fans. Paired with the Indianapolis 8 Hour, we’re set for a can’t-miss fall weekend of motorsports at The Racing Capital of the World. We appreciate everyone’s support and flexibility as we continue to navigate calendar adjustments caused by the COVID-19 situation and extend our thanks to the GT World Challenge for embracing this new weekend schedule.

Another impact of the revised IndyCar schedule is the cancellation of the Chevrolet Detroit Grand Prix May 29-30. 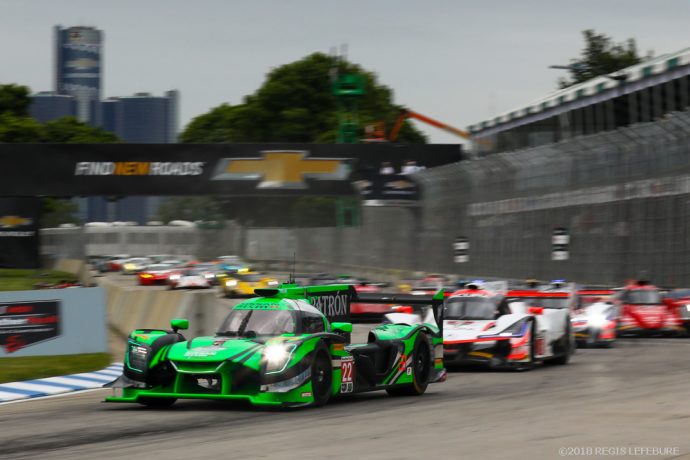 After efforts to find an alternative date slot IndyCar have recast their calendar and IMSA are searching for possible alternative events to run an appropriately adjusted 2020 IMSA WeatherTech SportsCar Championship season.