Jaguar, Aston Martin, Bentley are probably the first British car makers that come to mind when you think about Brits at Le Mans. But there was a Coventry car maker that, through innovative engineering, stamped its albeit smaller mark on the 24 enduro way back in 1928.

Alvis chief engineer, Captain Smith-Clarke, had been thinking about designing a front-wheel-drive car since the time he joined Alvis in 1922, but it wasn’t until 28th March 1925 that the first Alvis front-wheel-drive racing car appeared at Kop Hill Climb. After developing an FWD supercharged straight-eight Grand Prix car for the 1926 and 1927 race seasons, it was in 1928 that Alvis entered two front-wheel-drive cars in the Le Mans 24-hour race for which they had designed a completely new 1.5-litre four-cylinder supercharged engine with a single overhead camshaft.

The brace of cars was shipped to France in good time for practice accompanied by a group of mechanics and other support staff from the works. The drivers selected for two entries were Maurice Harvey and Harold Purdy in car 27 and Sammy Davis and Bill Urquhart-Dykes in car 28. 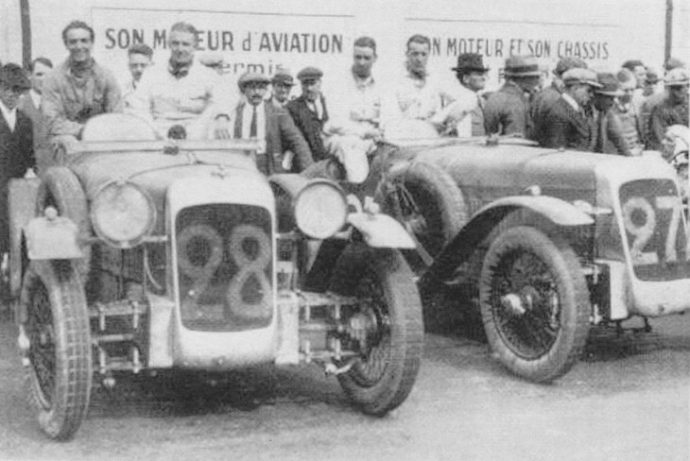 Practice before the race was eventful; it took the team considerable time to get the correct adjustment of the spring clips, used in place of front shock absorbers and worked by increasing the pressure between the blades of the springs. Sammy Davis was an early casualty. Cornering at speed, the resultant force compressed the outside springs so much they would not release and when the car straightened up he had to complete the rest of the circuit back to the pits on three wheels. An inauspicious start but worse was to follow for the 28 car; Bill Urquart-Dykes found the car stayed on full lock after one of the bends, resulting in what must have been a frightening spin, given the ensuing heated discussion he had with Alvis Chief Engineer Smith-Clarke on returning to the pits….

The team’s subsequent inspection found a small gouge mark was visible on high point of one of the adjusting nuts on the end of one of the drag links. A similar mark could also be seen on the underside of the lower front quarter-elliptic springs. It became clear that during hard cornering the outer springs had flattened to such a degree that they allowed the drag-link nut to become firmly wedged under the springs, thereby holding the steering on full lock. The resourceful team resolved it by fitting extra leaves in the front spring. Sammy Davis later wrote for an article for The Autocar in June 1928: 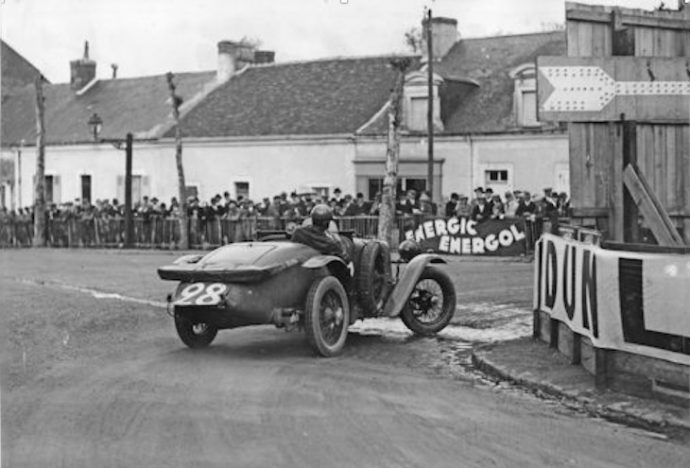 “The front-wheel-drive would take corners beautifully steadily provided that the engine was pulling, which introduced a new interest in life and a revision of one’s ordinary methods, which definitely taught some extremely good lessons for the future and made the three turns of the Arnage ‘S’ perfectly fascinating.

Come the race, there were still challenges to face. Sammy Davis had a rear off-side tyre blow out when it was punctured by a four-inch nail. But he recalled the real problem was the time taken by the Alvis pit crew to change the wheel saying, “It was shamefully slow with the car slipping off the jack twice.” Later on Bill Urquart-Dykes, in the same car, had a second puncture and was delayed in the pits by similar problems. 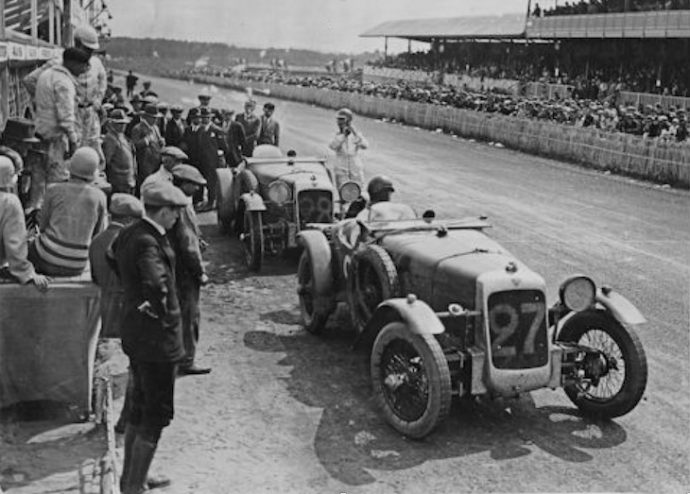 Another incident that caused both cars to lose time was unscheduled refuelling, in those days, filling the tank using the regulation 10 litre tanks was done by the driver (before he topped up the oil and water!).The ‘saddle-shaped’ fuel tanks under the scuttle meant the final gallon of fuel was left at the bottom of the two sides of the tank and couldn’t be scavenged. Alvis also lost time by having a smaller funnel than Bentley had devised, meaning it couldn’t tip all three tins in simultaneously!

Despite the punctures, the cars ran well and proved to quite potent. At the finish, the Harvey / Purdy Alvis finished first in class and in sixth position overall, while the Davis / Dykes car was second in class and ninth overall. 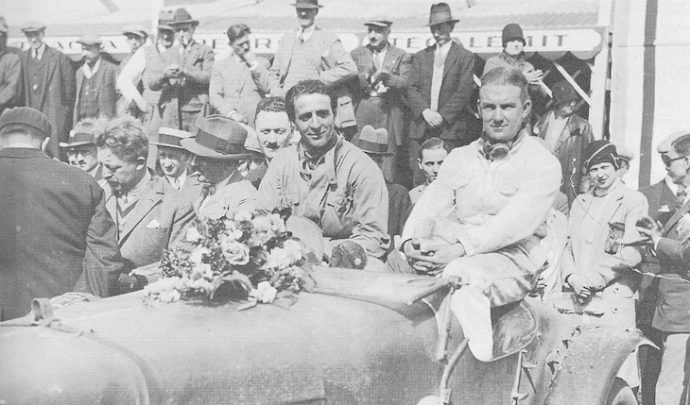 Alvis punched above its weight; the leading Harvey / Purdy’s Alvis beaten only by cars with nearly three times its engine capacity. 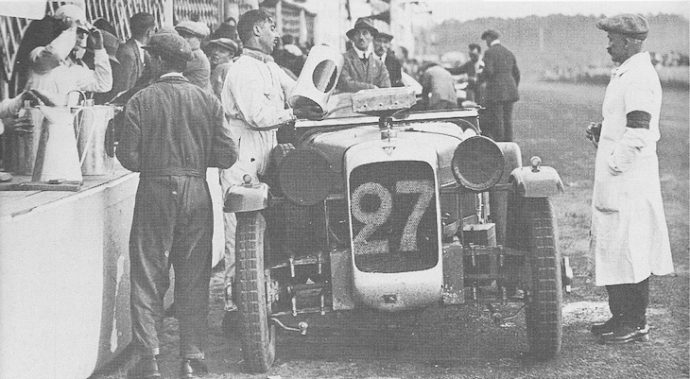 Of the thirty-three starters, only seventeen finished. The Harvey/Purdy car averaged 59.195mph while the Davis/Dykes averaged 58.202mph, both cars handsomely beating the previous 1½ Litre Le Mans class record of 49.585mph set the year before that was to stand until 1932, when S.H. Newsome and I. Widengren in a 1495cc Aston Martin averaged 60.812mph.

So next time you think of the Brits at Le Mans, don’t forget the plucky Coventry firm.

Where are they now?

Of the two original Le Mans team cars only number 28 survives and is currently owned by a collector in the USA.

The car that finished first in class at Le Mans, number 27, has not been heard of since the race and it is thought Alvis would have sold it off privately and it was probably scrapped sometime before the war.

With thanks to the Alvis Car Company