The story of how Earl and Will Bamber carved careers in motorsport is a rather unlikely one. Growing up on a farm in Whanganui, New Zealand, they were driving from a very early age, but racing wasn’t necessarily on the agenda. Little did they know when they were young, that they would both grow up to have lengthy careers in motorsport.

Their story began when Earl convinced his father and brother to try karting. The rest, as they say, is history, but it’s not as simple as that. In fact, on reflection, it is somewhat of a surprise that either of them is still involved in the sport to this day.

Behind the wheel, as kids, they were polar opposites. Earl says he was slow and “completely sucked”, so slow his dad asked him to reconsider his choice of hobby. “Dad asked me: ‘do you really want to do this because you’re really bad?’ and I said ‘no I love driving fast’. Then one day I saw a big (karting) trophy and said I was going to win it. It was really random and made no sense.” 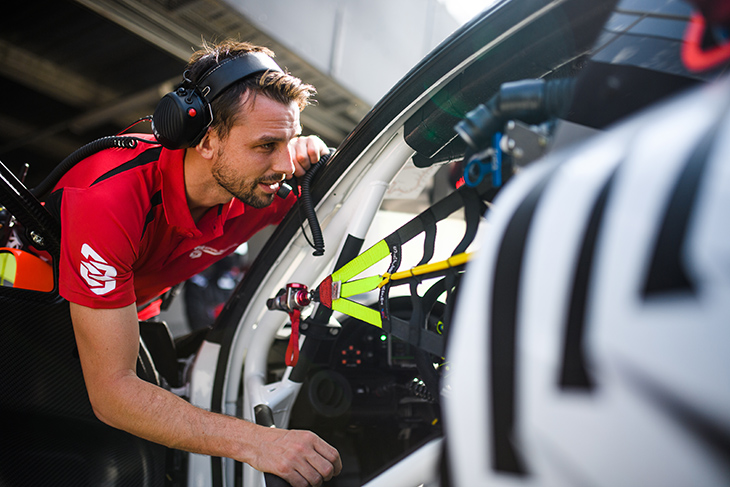 Will, on the other hand, would drive flat out, and literally wouldn’t brake! “I remember his first time karting,” Earl explained to DSC, “he took the first corner of the track flat, then the second, which was fine, but when he got to the end of the back straight he didn’t know how to brake and went flat into the fence.

“He was done for six months. He didn’t go near a kart. But when he decided to give it a second go he went through the fence again. It was only after another six months that he proved to be fast.”

After trying out single-seaters Will decided to pursue touring cars, while Earl tried his hand at the former. Little did they know at the time that they were both embarking on a path that would eventually see them reunited at the formation of Earl’s team, Earl Bamber Motorsport.

“Will went straight into Suzuki Swift Cup (after deciding against racing single-seaters), he finished second in the championship in 2008, then won it in 2009.

“He’s quick and he is quite different in the way he goes about it. Though I’ve never actually raced against him, so I don’t really know his driving style that well. We’ve never shared a car either. The only other time we worked together is that I engineered him when he was winning the Suzuki Swift championship. 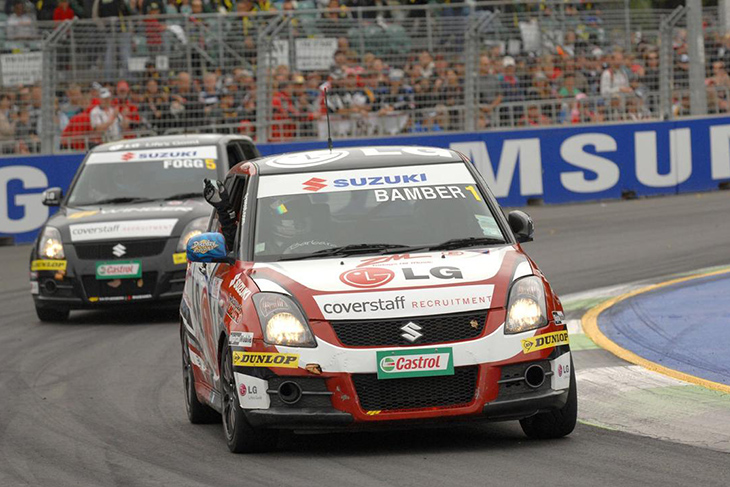 “The Suzuki Cup was great, it had 35 cars, a reverse grid race, it was really cool and old-school,” he reflected.

“We’d drive the car on the road – as the cars are road registered – and bed in the brakes instead of using practice time. The trick to them was that you needed to drive them heaps, get the kms up to loosen the engine bearings. So we’d drive them to the track, and get 10-15 thousand kilometres on the car quickly, which would make the engine faster. All sorts of things like that used to go on.

“But the financial crisis meant Will could only do the odd super touring race from then on. And he was really good considering the lack of seat time. I always knew he’d be quick.”

After a gap in his career, in which he completed no full-season drives between 2012 and 2017, Earl bought him a Porsche Cup car to race, on the basis that he’d find the funding the to run the car. That was the first race car Earl owned and would form the basis for the team.

“In 2018 he ended up with no drive, but had no sponsors, which is how EBM came about, we formed that with one of my sponsors. Now we run that team together, he does the sales side and races himself, races for the team.”

Since then the team has gone from humble beginning to an outfit capable of winning major endurance sportscar races, the Bathurst 12 Hour victory back in 2019 being the standout accolade here. As a duo, Earl says he and Will take real pride in being able to work together.

“He’s good to work for, he’s on it. And obviously, both he and I are sort of winging it in terms of learning how to run and operate a business. But as we as we go along, we’re learning loads which is actually really good. 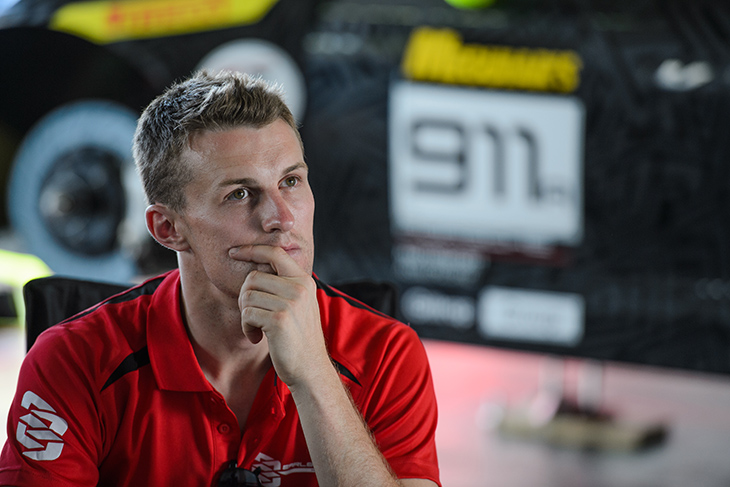 “And, yeah, I would do it again. I don’t know if that’s a bit of a love-hate relationship some days, but it is a really cool experience in terms of learning how to run a business and stuff like that. It’s also just really cool to see the whole thing power up when you do a big event.”

This year has of course been put on hold. But it has given Earl and Will time to reflect. The team’s workshop at Sepang in Malaysia is due to be refurbished but even that’s been iced due to the COVID-19 situation.

Instead, Will and Earl are back at the family farm in New Zealand, rediscovering their childhood helping out their father Paul. It’s giving them plenty of time to recharge the batteries and prepare for the future.

“We had a very cool programme set for this year, which is on the back-burner now,” Earl explained. “We planned to do the full IGTC season. We’re building the team up and our goal is to be the best time out there.

“And doing this makes you a better driver too because you can see the idiosyncrasies and how things should work in a team. It’s easy as a driver to complain when there’s a bigger picture going on.

“My goal from a personal view for Will though, and it goes back to when we first sat down in a cafe to discuss the team, is that I don’t want him to get to 30 and think: ‘if I had the chance to do this properly I could have been a good driver’. 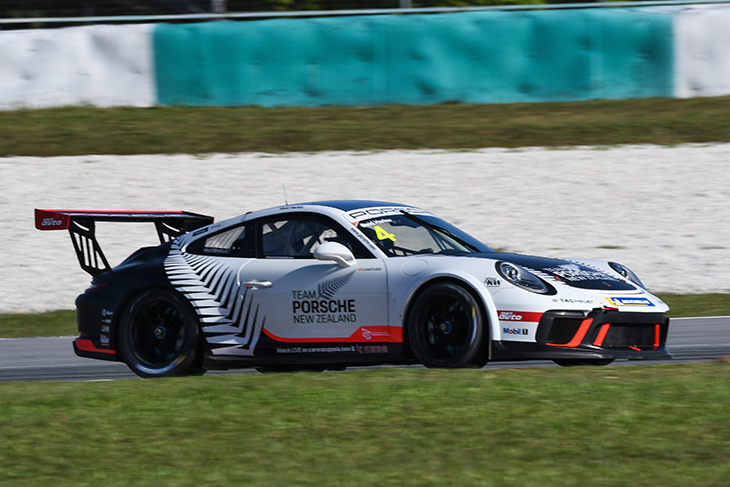 “The whole idea behind EBM was to give him the platform and opportunity to become a racer. Now it’s his chance to make the most of the opportunities this creates. It’s up to him now to do that.

“It’s also why we’re working hard to make a scholarship for young Kiwi drivers, I want to give back to racing and provide a platform for kids to have a chance to pursue a dream. It’s ultimately up to them to deliver, but we want the platform to be there for them to use.

“It’s not easy though. It’s difficult to do this. If I did it a second time around I would be able to do it easier. But I think you have to remember that your biggest failures are things that you learn from the most. As we’ve gone along and gone through the process, our knowledge gets better every weekend. I’m lucky that I can draw a lot of knowledge from the teams I’ve raced within my career. 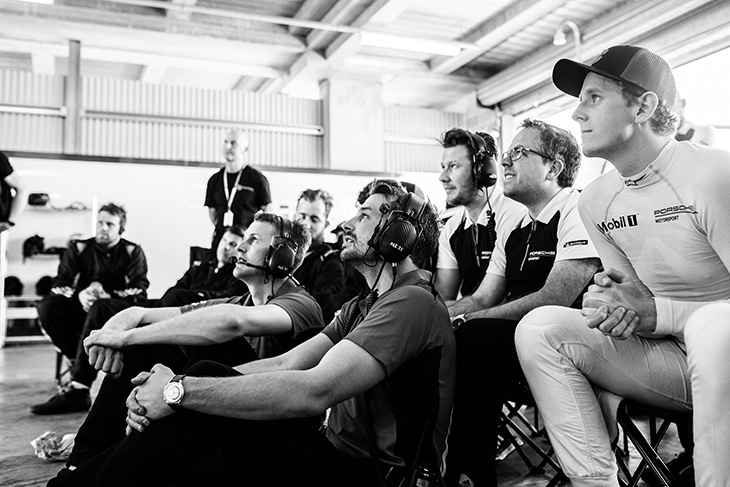 “The biggest thing I didn’t realise, which is just a nightmare, is the staffing and the people,” he concluded. “This is business though, (a family business in his case). People are the hardest thing to deal with but they are also what makes your business work. People are the biggest asset and headache at the same time.”

And with the team going from strength to strength, it appears Will and Earl already have the right people on board…