Derek Bell is a driver that needs no introduction to sportscar fans, but we’re going to give him one anyway.

A five-time Le Mans winner, two-time World Sportscar Champion, (newly-inducted) FIA Hall of Famer and a driver who reached the highs of F1 (with Ferrari) and the pinnacle of endurance racing with among other brands, Porsche.

A firm part of British motor racing royalty, he raced a staggering number of iconic cars from motorsport history in period, for some truly legendary teams, and won countless races around the world during the course of his career.

His passion for the sport has never waned, and that’s evident in his ability to recount stories with an incredible level of accuracy, detail and enthusiasm, decades on from the highs of his career.

Always ready for a chat, be it 10 minutes in a paddock, or in this case, 90 minutes over the phone during a pandemic, he’s a motorsport personality that never disappoints.

They say you should never meet your heroes, but Derek, (who is firmly this writer’s motorsport hero), is most certainly an exception.

Here’s what he had to say when asked about the best and worst race cars of his career, and the car he’s always wanted to take for a spin. Best of all, this is just one part of DSC’s Derek Bell content for the coming weeks.

Keep your eye on the site for more goodies to come…

The best car I’ve ever raced is… The Porsche 962

“The 962 means such a lot because I won 37 World Championship and American races with it alongside some amazing drivers, Jacky (Ickx), Stefan (Bellof) and Hans (Stuck). 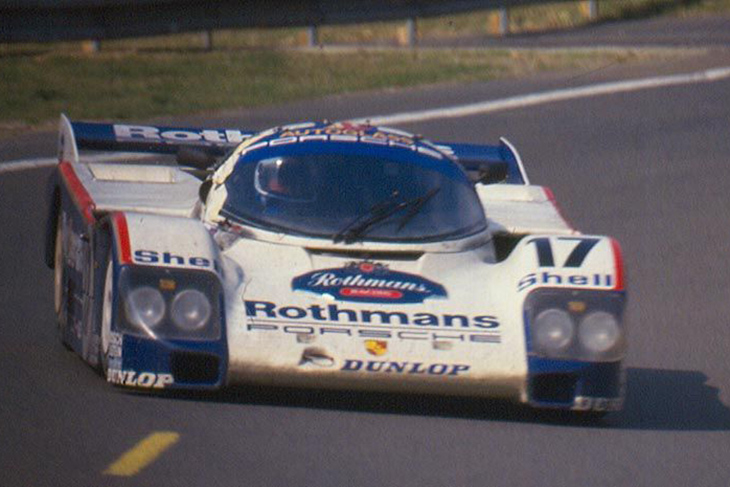 “If you actually look at the results, you could forget the results outside of Le Mans. But at Le Mans, there were so many seconds and thirds, fourths and fifth and a number of the times it finished in the top 10. It’s amazing.

“The two years that Al Holbert and I won Daytona, then Le Mans, then Daytona and Le Mans again (1986 and 1987). Nobody’s done that, win four like that, with a teammate doing the same. So the 962 means so much to me really.

“There were other outstanding cars, the BT30 Brabham in Formula 2, which was a stunning car to drive in 1970 and coincided with me being summoned to Ferrari. It was so easy to drive, so nice. Formula 2 was really the ultimate championship back then, too. 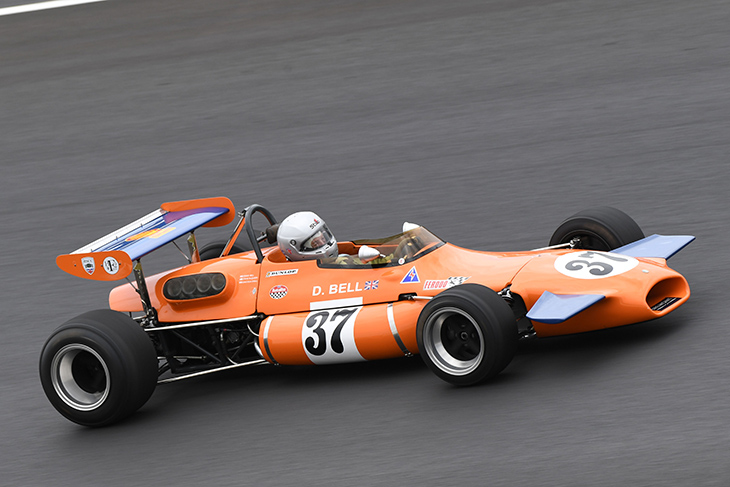 “That may be the best series I ever did, it was the be-all end-all, superb. All dynamic young drivers trying to make their point. There was myself, Francois Cevert, Ronnie Petersen, Joe Siffert, Jabouille, Beltoise, I’m missing tons of people but what a grid. And Regazzoni would cause a stir and was up to something, but there was always someone like that wherever you raced!

“I also have to mention the Ferrari 333SP. (Giampiero) Moretti said to me at Daytona, “drive my 333SP Ferrari” (which went on race at Daytona in 1997). That sticks in my mind too. It was a Formula One car with the wheels covered. It was flat bottomed and bloody fantastic.

“We were still running around with 962s trying to make them grip, and do things they weren’t meant to do because they were so heavy and cumbersome. But they served their purpose and we won a lot of races.

“The 333SP bothered me though, with the millions they were spending on Formula One, they couldn’t spend a bit more on sportscars and dominate the world. But that’s history now. 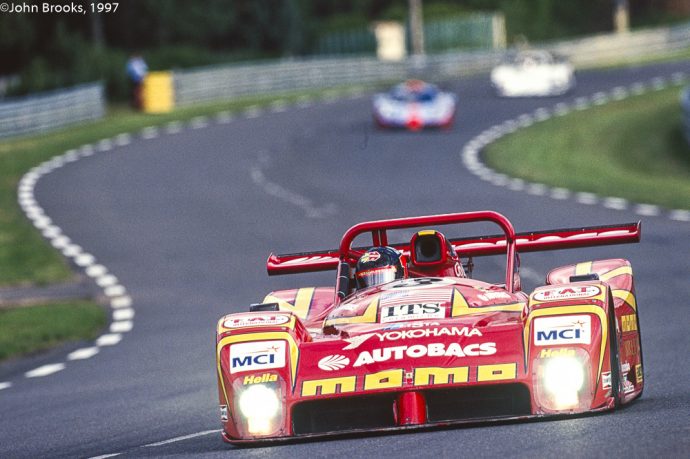 “Anyway, I went out to do three laps and I stayed out for 10 laps. When I came in Moretti came over to me, knelt on the bodywork and smiled. He said “how did you like that then?” and I said “My god that’s the greatest car I’ve ever driven.” And it was, it was the latest, so it should have been the best. At one time I thought the Renault Alpine was because that was such a step up in 1978.

“If I can I also need to mention the Lotus 72 (Oh go on then… We’ll let you off… – Dep Ed). I was flown out to Kyalami to do a Top Gear Festival (in 2011, more detail and pics available HERE), and Jody Scheckter and David Coulthard were there. They asked me to drive Emerson Fittpaldi’s 1972 championship winner. They asked me to do some laps, and thank god they let me stay out in it, we did two days with it. 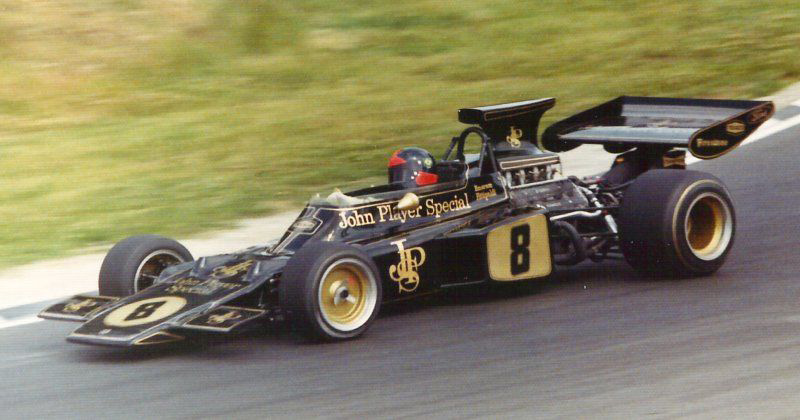 “That was the most glorious bloody car, and I realised why. It was a champions car, driven by Emerson who I had the greatest respect for and it won so many races, and there I was driving it. It was simply beautiful, the progression, the way it went through corners, it was magnificent.

“Don’t get me wrong, I could talk about many more, but those stand out.” 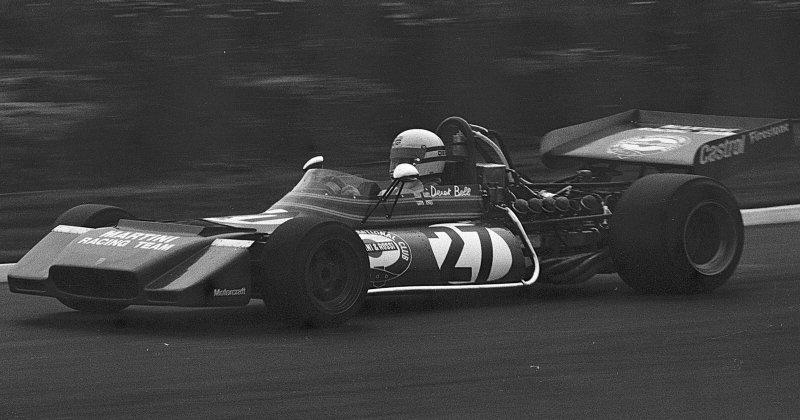 “It was such a sad story. But it was one of the most relevant stories in my career too, it might be the reason I am here today. In 1971 I’d had a bloody good season in the 917, with my first year of being in sportscars with Jo Siffert and (Pedro) Rodriguez and in that year both of them died, what an emotional year it was.

“And before that at the end of 1970 I finished sixth in the United States Grand Prix driving a Surtees which would have been a third had I not had a problem with the clutch. I knew I was quite good, though I never had the confidence at the right time. It took years to know I had any ability. I look back on the results and I realise that I was more than quite good. I had some great years and did some amazing things.

“David Yorke, who ran the team I raced the Porsche 917 with for John Wyer was asked by the Martini Brothers who were in sportscars with Porsches from Salzburg and they said they’d like him to run a team in Formula One for him. David said “If I do I’m going to have Derek Bell as one of the drivers.”

“It was going to be me and Carlos Reutemann in a Brabham, and of course we were all ready to do that, but out of the blue David gets a call from the brothers. They said they’d had an approach from Tecno, who were building a Formula One car and they would have a flat 12 engine and we’re going to run it. They said “we’d like to sponsor an Italian car because we believe, we’ve been told by Tecno it would be wonderful to beat Ferrari”. What a dream that was, eh?

“My career had been very much up and down and I didn’t need that. I was going to get the drive of my life and here I am with a Tecno. They said it would be ready by October or November and we ended up the week before Christmas at the Pirelli test track in Turin. We went to this place which was a tyre test track. The guardrail was level with your shoulders, which was exactly what you needed in a Grand Prix car because if you had an off you’d go underneath them. It was wet, freezing overnight, we waited for the frost to go, started it up, it sounded pretty good and off we go.

“It looked like a bit of a dumpy car, but we were off, and I’d been full of admiration for the Pederzanis (Tecno’s founders) as they were always quick in F2. Of course the car ran ok, but you couldn’t analyse it because A – the track was greasy and B – you weren’t going to take chances on a track with no safety.

“David said to me “well you’ve got to say, it ran alright didn’t it?” and of course not being very sure I said “yes it did David”, but I wasn’t happy, neither was he. To cut a long story short we should have gone to Brabham and I’d have driven with Reutemann, and I was equally as good if not better than him in F2. I could have won multiple Grands Prix in that car.

“The car really finished my career off. They wrote a book about it and the guy asked me “what would you say about the Tecno” and I said “If ever I had a Formula One career the Tecno made sure it never went any further” and that sums it up.

“It didn’t do anything well. The engine had come out of Ferrari so it should have been reasonably ok, but the car had no feel to it. I remember the first time I really drove it was at Clermont Ferrand.

“It didn’t turn up until June the next year, it turns up months after we tested. And we did the very first race around that twisty track. I went out in practice and I was in the top 12, to be honest there might have only been 12 cars anyway! But I wasn’t way off, that was the point, even though I didn’t know the track.

“But every time we got back in the car everyone went quicker, and we did but not much, everyone else went so quick. They kept changing the car, and the next morning I arrived at the track and I remember it because I’d just scraped five grand together to buy a Ferrari Daytona, and I turned up at the track, walked up to the car and David is standing there with it. The body was off. He said: “you’re not going to drive it old son”, I asked why and he said “three of the bolts that locate the engine to the back of the chassis are broken.”

“They were trying to make it into a stressed member in the way Cosworth had done a few years before with the DFV. Instead of making a chassis around it they used the engine, the bloody great flat 12 and it couldn’t handle it; it was breaking the bolts. Hence every time I chucked it into a corner it felt worse.

“Those times were bad. ’72 was the worst time I ever had. You think you’re on the way up, you get near the top and it all falls apart.”

The car I’ve always wanted to race is…

“It’s interesting because I’ve never been asked that before…

“I have driven so many fabulous cars, some not in period. I drove the Porsche 917/30 Can Am car, testing and I drove the McLaren against it in 1994 in Georgia, the year Senna passed away. I would have loved to have driven those cars in period, because they had all that power.

“I also drove Senna’s car he won 16 Grands Prix with at Goodwood, that may have been the dream car…

“But I guess to have raced the Can Am 917/30 in period would be the dream, it was so outstanding and outrageous. Nothing at the moment matches that. 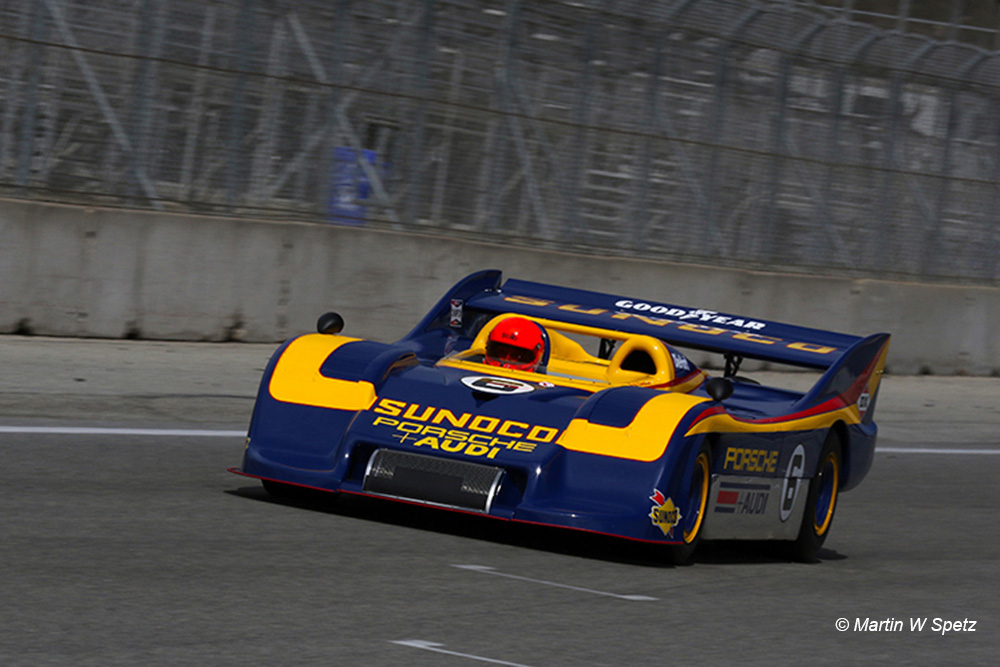 “I would consider myself capable of driving what Lewis (Hamilton) drives, but to me they don’t have much appeal. I would love to drive one because I know you can just switch it on, if you don’t give me all the buttons to press I could drive it, I believe in my mind that I can drive anything in the world quickly. Even at my age I get in a car and think “shit you’re flying!” I’m not really, but I know I am capable.

“The Mercedes would be fantastic but it’s so manicured for Lewis and the drivers that drive it, and you’d have to go on a bloody electronics course before you could be allowed in.

“Mark Webber was speaking to me about the 919 Porsche, because I’ve never driven that. He said you could just put it in race mode with 1000 horsepower and have a go, but I never did.”