When we finally get back to racing there should be the opportunity to see the debut of a successful team that has dominated their class in VLN racing finally make the step up to the premier SP9 (GT3) class.

Racing One has, thus far, entered a Ferrari 458 in the SP8 class.

The Italian car dominated SP8 in 2018, the #139 Racing One car winning every race and setting a VLN record of 14 consecutive class wins as they did so. 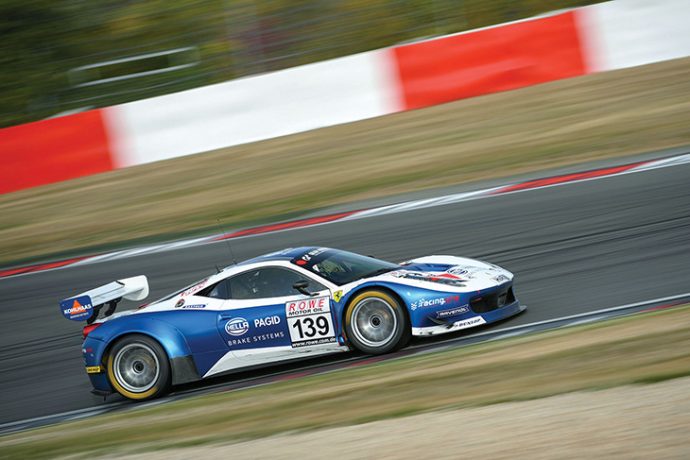 2019 saw the team experience the other end of the swing of the pendulum, a number of accidents saw them register several dnf’s before their form returned with four consecutive class wins to complete the season.

With the uncertainty of the near future, they are not alone in not having nailed down their final driver squad

Team Principal Martin Kohlhaas told VLN.de that “There will definitely be three drivers. Christian Kohlhaas, who has taken 41 class victories in the VLN, will be one driver as well as the Swiss Nikolaj Rogivue. He was already part of the crew in the Ferrari last year in VLN8 and VLN9 and will drive the whole season. We are in discussions with Stephan Köhler. I am open for inquiries.”

As for the team’s plans on which sub-class within SP9?

“Before the 24h Race, it will be difficult for us to compete against all the factories and works drivers in SP9. We tend to race in the Pro-Am, regardless of the driver line-up, there will probably be more starters than in the Am. In other words, we would be ready to get upgraded. We would take that step. We want to face the competition and, if possible, finish in the top three.”

The team will also be retaining their all-conquering Ferrari 458

“In the Nürburgring Endurance Series, we might see it on the track again from time to time on Fridays. We are currently planning to use it in the DMV as part of the DTM. It was important to me that he doesn’t disappear completely from the scene.”